Tucson’s a Nice Place, But You Wouldn’t Want to Live There 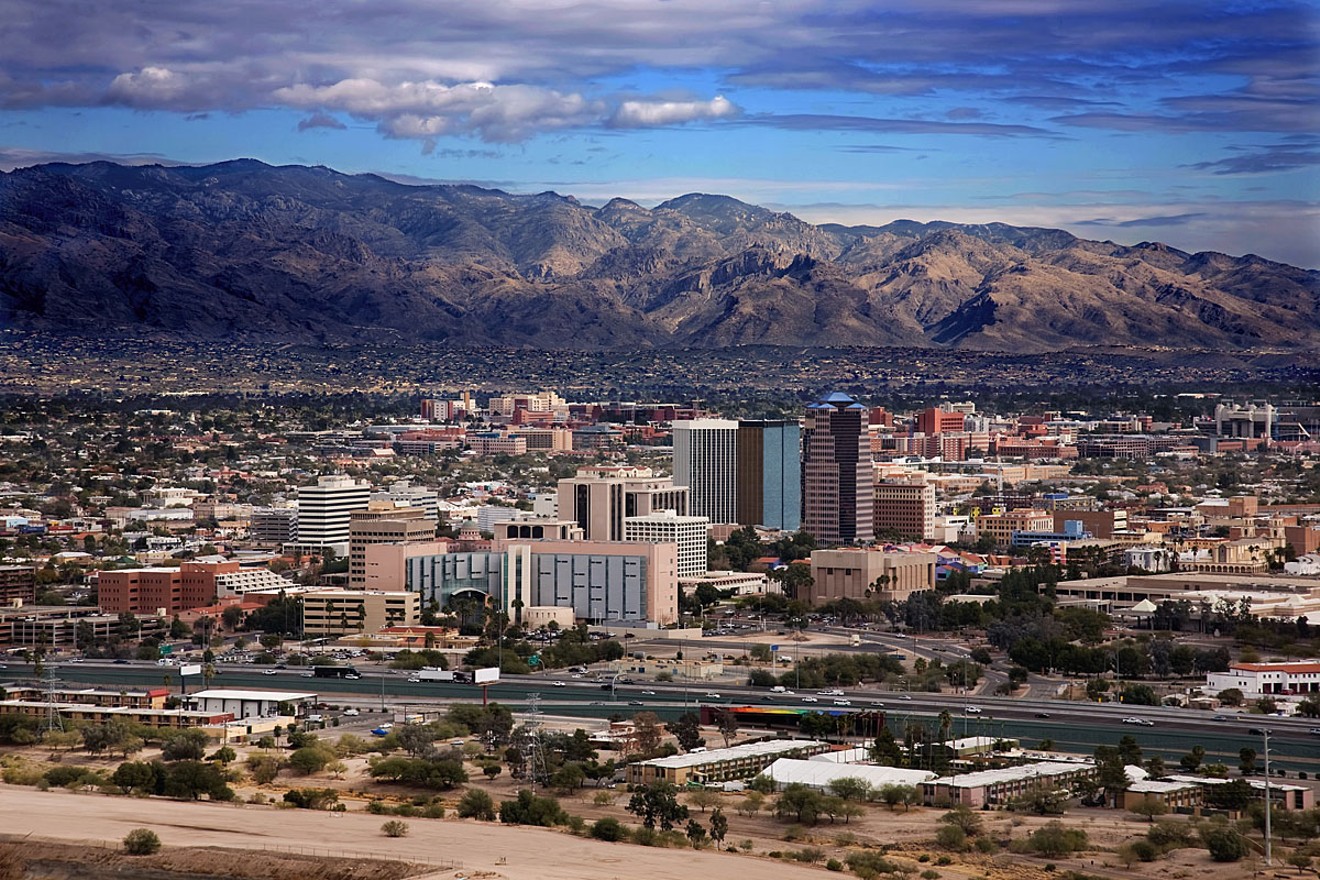 View of the city of Tucson, Arizona, from the top of Sentinel Mountain. StudioOneNine/Shutterstock.com
Apparently city-ranking season is a thing, and it’s in full swing. No fewer than a dozen such lists grading cities by their livability have published this summer, each more far-reaching and impractical than the last.

The most recent of these, 50 Worst American Cities to Live In, includes one Arizona city: Tucson, which appears near the middle of the list at 28.

(Life in Tucson isn’t getting better: Last year the city turned up at 37 in the same survey.)

Published in June by 24/7 Wall St., a Delaware-based financial news and opinion provider that delivers its content over the internet, the list evaluated cities based on crime rates, employment growth, and housing affordability. Also considered in the who-sucks-the-most equation: the percentage of denizens with at least a bachelor’s degree (in Tucson, that would be 26.5 percent, which seems low for a college town) and the rate of job growth (which was 2.1 percent from 2013 to 2015, about half the national average during that time).

“Tucson is one of the only cities in the Southwest to rank among the worst places to live,” the study reports, before ticking off reasons why that’s so. The economy is slow-growing, the property crime rate is crazy there, and the population is transient, making it difficult to establish a strong community.

But lists like this one tend to overlook both the character of the cities they rank, and — more importantly — the reasons people tend to want to live in them in the first place.

It’s unlikely anyone who settled in Tucson after attending University of Arizona did so only because they just didn’t really feel like moving back home to Indiana. People live in cities like Tucson because they like its unpretentious vibe, its culture (our 50-year-old state theater is based there, and Tucson is also home to the Tucson Symphony Orchestra, the oldest continuing professional performing arts organization in the state), or something — anything! — that mitigates the intangible awfulness of property crime.

And, okay, so probably no one’s moving to Tucson to be closer to its symphony, but it’s true that small-towners who don’t want to brave the big city of Phoenix but are tired of wintertime come to Tucson for something besides respite from weather. Once they get there, they’ve got an established culture scene. Shouldn’t that count for something?

Not according to pollsters who put together these lists that look at median home value (in Tucson that’s $139,400) or the poverty rate (25.2 percent of Tucsonans are poor, by Wall Street standards).

But the trouble with these populist polls is they don’t consider things like wanting to wear shirtsleeves in January or not having to shovel snow before you can leave for work. It’s not unfair to measure quality of life in dollars and cents or by how crime-ridden a place is or isn’t, but a better balance would include whether the city in question offers a much-loved skate park (Tucson does) for middle-aged dudes who like to ride pavement.

Those who carried out this ranking aren’t asking any of Tucson’s 531,000 residents whether they care about historic architecture (Tucson has more of the nation’s still-standing adobes than any other city in the Southwest) or whether the homeless population (which doesn’t figure in the ranking’s criteria) is troubling local residents. They’re tallying things that, like property crime rates, are important, but that almost never truly figure into whether someone agrees to accept a job they want in a city that’s been dissed on some opinion provider’s list.

Quality of life in any American city depends on the neighborhood one lives in — particularly in the desert Southwest, where poverty and crime can be found just blocks away from million-dollar McMansion enclaves. Anyone stumped by where to settle next might do well to wait for 24/7 Wall St. to compile a list of “best neighborhoods to live in that are far from signs of any disadvantage.”

In the meantime, no list that ranks Tucson as “worst” yet overlooks the horrors of Eloy and Tolleson can be taken seriously.