Legislator Jay Lawrence: 'I am Not a Racist' ... Some Countries Are 'Shitholes' 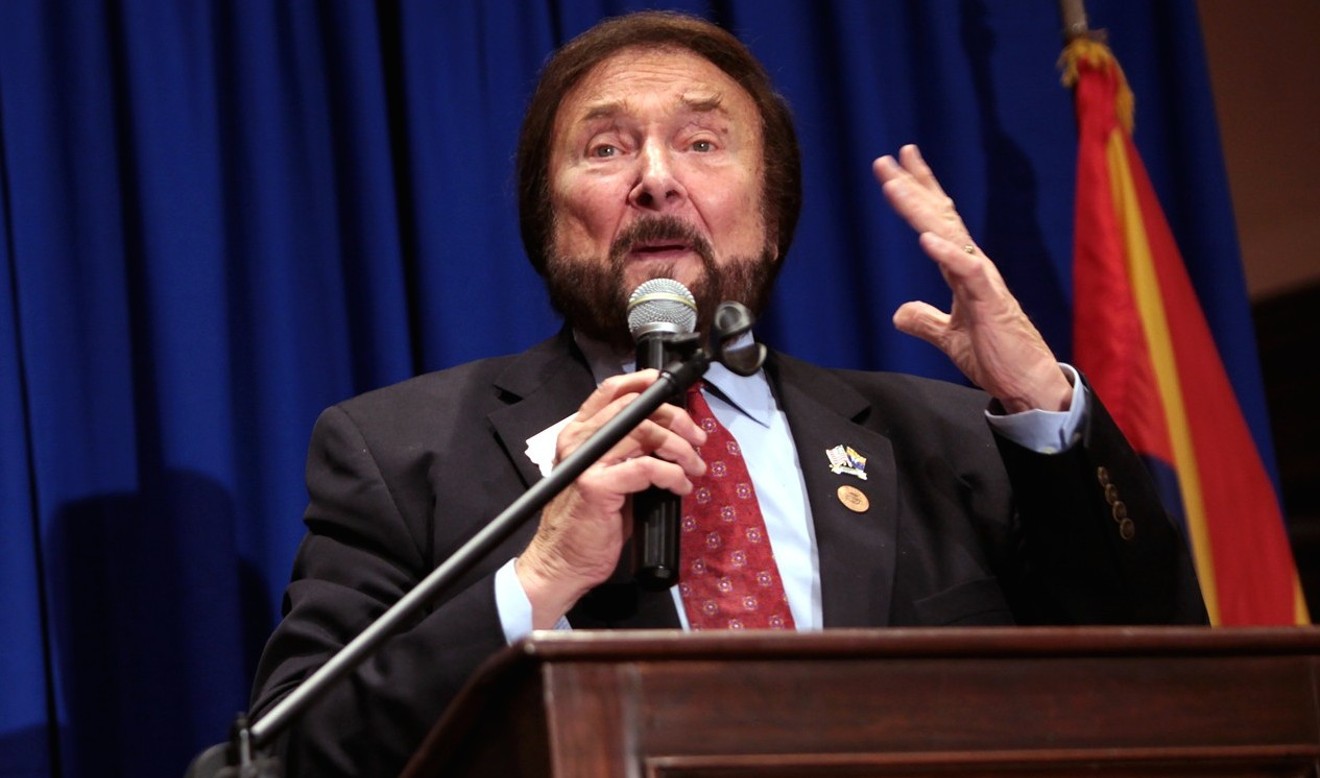 State Representative Jay Lawrence at a 2015 banquet in Scottsdale. In an interview, Lawrence defended Trump's "shithole countries" remarks and talked about places "where people live in huts." Gage Skidmore/flickr

According to state Representative Jay Lawrence of Scottsdale, President Donald Trump is 100 percent right to describe countries like El Salvador and Haiti as "shitholes." Just don't call Lawrence racist for agreeing with the president, who Lawrence says is "an absolute non-racist."

In an interview with Phoenix New Times on Tuesday, the Republican legislator and former radio talk show host went off the rails in a defense of Trump's "shithole countries" rant. Lawrence pushed back on criticism of Trump’s comments, arguing instead that people “want to turn any word that our president says into something bad.”

And as far as places like El Salvador, Haiti, and countries in Africa being “shitholes?” Lawrence’s argument: They are!

“There are villages in this world, places in this world, where people live in huts, or live seven or eight people to a small one-room house. They bathe and get their water and defecate in the same places from which their water comes,” Lawrence said. “I have no problem with referring to those kinds of places as hellholes, as did one of our senators, or shitholes, if our president did say that.”

Lawrence added, “If the president said that — and there are many that claim he didn’t — they do exist.”

On Thursday, President Trump apparently spewed serious garbage during an Oval Office meeting, asking why the U.S. should accept immigrants from "shithole countries” like El Salvador and Haiti.

The day after the news broke, Lawrence logged onto Facebook. A few of his pissed-off constituents brought up Trump’s racist comments, among other topics, in a lengthy Facebook thread. Lawrence felt the need to defend Trump.

“Trump’s reference to certain places in the world was accurate,” Lawrence wrote.

Lawrence wouldn’t name specific countries on Tuesday to back up his claims that some places deserve the label of “shitholes” or “hellholes.”

State Representative Jay Lawrence went off the rails in a Tuesday interview.
Stephen Lemons
In his Oval Office tirade, Trump also argued that the U.S. should accept more immigrants from countries like Norway. (Imagine a neon sign with flashing lights: white people.) What does Lawrence think about that?

“I make nothing of it,” Lawrence told  New Times. “As I said, there are people that will take anything the president says as the most evil thing in the world. This president is probably so quoted and misquoted. The things that he says — what can I say? The man is amazing. He is an absolute non-racist.”

So, if we follow Lawrence’s logic correctly: Trump is an amazing person, the president is actually not racist at all, and he’s dead-on accurate about describing various countries as hellholes. Like Trump, does Lawrence want to invite a bunch more Norwegians, too?

“I certainly hope that those who come to this country have something to offer this country,” he said.

“We want people to come here,” Lawrence added. “I have no problem with immigration. I have a problem with just willy-nilly immigration where someone comes to this country with nothing to offer but wants to take advantage of medical, education.”

Lawrence has represented LD-23 in the House since 2015. His district includes Scottsdale, Fountain Hills, and Rio Verde.

A former conservative host on radio station KTAR-FM 92.3, Lawrence appeared in 1977's "Kingdom of the Spiders" starring William Shatner. He also bears more than a passing resemblance to the Burger King, as voters sometimes point out.

Lawrence said he plans on responding to fewer Facebook comments after a barrage of accusations that he was providing cover for a racist president.

“It was not a racist comment. I am not a racist,” he said. “And I plan on answering far fewer.”