No, #RedForEd Isn't A Socialist Plot, But It Would Be Awesome If It Were 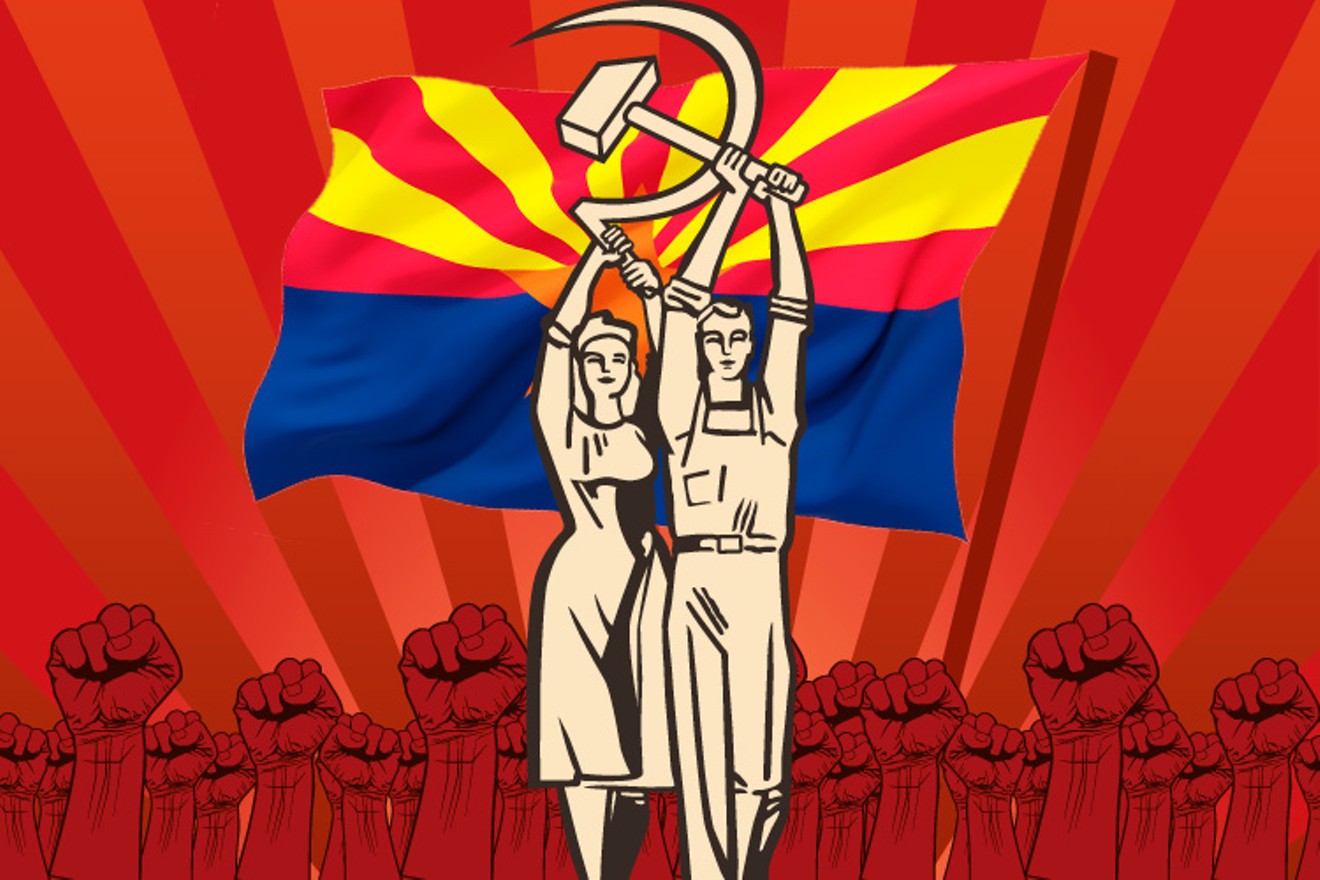 New Times illustration
Throwbacks to the 1950s are so hot these days. Midcentury Modern furniture, vintage neon ... and lately, red-baiting and McCarthyism.

In a recent op-ed in the Arizona Republic, Representative Maria Syms, a Republican from Paradise Valley, warned that the short-lived statewide teacher strike — which ended Thursday — could be the start of a leftist revolution in Arizona. A few days later, Representative Kelly Townsend, a Republican from Mesa, called on Arizona teachers to "denounce the Socialist activities of the leaders of the #RedForEd movement in Arizona."

Both have found scraps of evidence to back up their claims that #RedForEd is a leftist plot: the use of raised-fist iconography on posters, for instance, or a fairly unreadable Medium post, titled "From Marx to Trump: Labor's Role in Revolution," that was written by Arizona Educators United leader Noah Karvelis, who'd previously volunteered for Bernie Sanders' campaign.

"#TooRedForEd," Syms labeled the movement. (Get it?)

In response, teachers have gone on the defensive, arguing in hundreds of comments on Townsend's Facebook page that they are not, in fact, socialists. But the awkward thing is that Syms and Townsend aren't entirely wrong. The idea of education as a public good that should be available for free and paid for out of everyone's tax dollars may not have been invented by socialists, but it's certainly a socialist model. Joseph Flaherty
And one of the core principles of democratic socialism, popularized by Bernie Sanders, is standing up for workers' rights.

"I don't believe it's led by socialists, and I don't believe it’s a movement largely made up of socialists," said Camaron Stevenson, a member of the Phoenix chapter of Democratic Socialists of America (DSA). "But the ideals of #RedForEd are socialist principles."

Stevenson likens it to eating vegetables without being a vegetarian: Teachers and parents who support Red For Ed may not necessarily be socialists — in fact, a considerable number of them identify as Republicans — but they do believe in socialized education.

"Socialism is inherent in the American fabric," pointed out Patrick Morales, a self-described leftist who also sits on the Tempe school board. Along with public education, institutions like the post office, Social Security, Medicare, and public libraries are socialist in theory, if not in name. (See also: freeways, government subsidies for farmers, and the Central Arizona Project.) Jake Bell, who is running for the Arizona Corporation Commission, addresses constituents at a candidate meet-and-greet on October 3, flanked by DSA supporters.
Joseph Flaherty
It's the word "socialist" that makes people uncomfortable, particularly if they're baby boomers who grew up during the Cold War. Jake Bell, who cofounded Phoenix's DSA chapter, runs into that opinion often when he's out campaigning. He's currently running for the Arizona Corporation Commission on a platform that involves expanding rural broadband and lowering utility rates for the poor and middle class,

"People will say, 'I really like all these things, but you should really change that name,'" he said.

Bell doesn't consider #RedForEd to be socialist, though. A true socialist movement, he said, would require more than just one sector of the economy to get fed up and demand that the boss (or, in this case, the state Legislature) recognize the value of labor. At present, #RedForEd is a labor movement, he said, though it could be the first step toward building something larger.

"There’s hope that it could plant the seed of more people opening up their minds to socialist ideas," he said.


Kelly Townsend is trying to divide the #RedForEd movement, but the red-baiting won't work this time. I'm the mother of a US Navy Sailor and I'm a member of @DSA_Phoenix. Educators and parents from all political backgrounds are united and determined to fund our schools. pic.twitter.com/Txe98vQXaG

While DSA members have been down at the Capitol every day to support the teachers and have helped to coordinate childcare and meals for kids who are missing school, they're taking a hands-off approach when it comes to stoking the fires of revolution.

"There’s so much red-baiting going on that everyone’s being very careful and very considerate of the teachers, since there are so many centrists and conservatives and even Trump supporters who are out there that we don’t want to scare them away by saying that this is socialist," Stevenson explained.

He added, "There’s a desire to not to be branded as a socialist movement, and we’ve done our best to be supportive but not commanding."

If socialists actually were running the #RedForEd movement, it might look a lot more radical. Morales, the Tempe Elementary School Board member, was critical of the teachers' decision to hold "walk-ins," which he views as counter-revolutionary. Just prior to the strike starting on April 26, teachers wore red and rallied before going to work as normal.

"You're walking into the system that's oppressing you," Morales said.

He also thinks that the leaders of the movement should have pushed Governor Doug Ducey and the legislature further, and not been so quick to accept a deal. 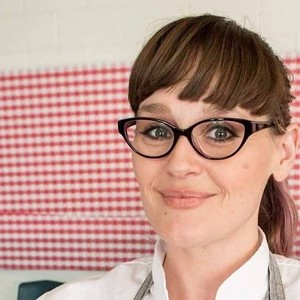 LaDawn Stuben is a Phoenix DSA member and pastry chef running for the State House in Legislative District 18.
LaDawn Stuben
Plus, he said, the teachers should have enlisted more community support. What if, he suggested, all the unionized workers at Sky Harbor had walked out in solidarity, completely shutting down the airport?

"I would like to see a general strike where all of us say, 'None of us are going to work. We’re all going to support the teachers, and we’re going to shut the state down,'" agreed LaDawn Stuben, a DSA member who's running as a Democrat for the State House in Legislative District 18. "Ducey would have to listen."

With a pay raise signed by the governor and the teacher strike finished, there's no reason to assume that a socialist revolution like the one Syms fears has taken hold. The 50,000 people who showed up at the Capitol last week will not be back next week to demand free college, guaranteed housing, or Medicare for all.

Still, Democratic socialists say that they're hopeful that #RedForEd will lead to a revitalized labor movement in Arizona.

"Maybe through this action, practicing solidarity, and getting to know how it works, people will start to be a little less scared of the word socialism," Stuben said. "No one’s trying to take things over with a dictatorship ... I think that being afraid of something you don’t understand makes you lash out and demonize. But there’s nothing scary about taking care of everyone."

And if the leftist revolution that we've been warned about results in an energized labor movement and better funding for education, health care, roads, and other public institutions, that actually would be pretty great.