Love Expert: Phoenix Has Least Dateable Women in U.S.; They've Given Up Hope 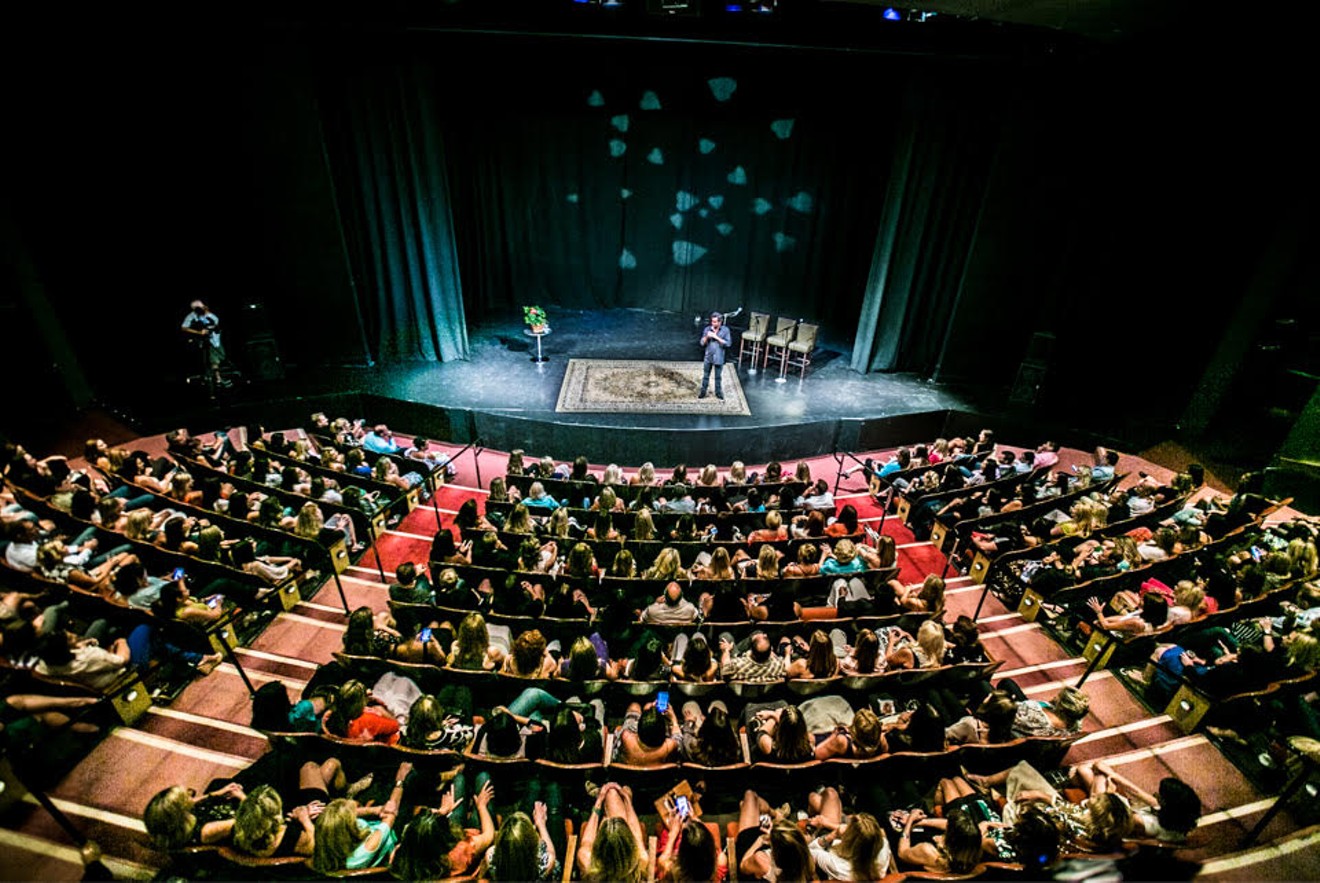 Phoenix women have given up hope, according to love expert Brian Howie. Courtesy of the Great Love Debate
Phoenix women are giving new meaning to the term “hopeless romantic.”

They literally have no hope.

That’s according to love expert and 50-year-old bachelor Brian Howie, the host and creator of a traveling love forum, The Great Love Debate.

Howie says women in Phoenix have given up on their happily-ever-after in favor of fun Friday nights.

“It’s not that the women in Phoenix just woke up and they’re difficult,” Howie explained to Phoenix New Times. “In Phoenix, the loss of the hope in terms of long-term romance has trickled down to the dating, so there’s a little bit of: 'What’s in this for me in this moment right now?’"

Howie and his team travel to different cities every year hosting events during which they openly discuss the trials of love with their audience members. Each year, they assign superlatives to the cities they visit using a formula based on the opinions and demographic data of singles who attended their shows and of those who listened to their self-titled podcast, according to a Great Love Debate press release. Howie says the last time the team came to the Valley was last February.

He admits that he’s generalizing in his assessment and says the “least dateable women” discredit might be “a little Scottsdale slanted if you know what I mean?”

One example of hopelessness stuck out in particular in Howie’s mind: A woman who came to a show at the Phoenix Theatre and confided, “I’m just trying to have a fun Friday night and I’m not trying to have fulfilling 50 years.”

But Scottsdale-based matchmaker Joann Cohen, who’s been featured as a dating expert on a Great Love Debate panel in the past, disagrees with Howie’s assessment that women in Phoenix lack hope.

She referenced a WalletHub study noting that Gilbert has more online dating opportunities than cities such as New York and San Francisco because more people have a broadband Internet connection.

“If people were giving up hope they wouldn’t be online,” Cohen said. “Women have not given up hope. You wouldn’t have so many women at singles events … I get so many phone calls and emails every day with women asking: ‘Is he really looking for a relationship?’”

Cohen suggests the assessment that women have no hope could be a misinterpretation of a classic breakup . In her eyes, when most women say they’re “not looking for a relationship,” it’s often because they can’t see themselves in a relationship with that particular partner.

“If she says she doesn’t really want a relationship, well, she probably does,” Cohen says. “But not with you … The girls here, they’re like any other women looking to have a healthy relationship and have someone waiting for them at the airport when they get home.” 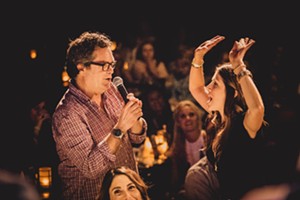 Brian Howie travels to different cities talking to couples about love.
Courtesy of the Great Love Debate
Howie found another fault with the dating scene in Phoenix: Many eligible young people don’t plan to stay, thinking of the Valley as a stepping-stone city.

Cohen, for her part, disagrees with this notion. She says that as part of her matchmaking work, she asks women if they’re willing to relocate and most are not open to it.

It should be noted most of Howie’s assessments seem to be hetero-centric, but he says there are “elements of truth” that could be applied to anyone.

Howie says he hopes women in Phoenix won’t be too offended by the city’s ranking. For the record, he calls the men here “socially ambitious and emotionally lazy.”

He thinks of his city-based rankings as less of an insult and more of a call to action. Howie says his rankings are ultimately reflections of how natives see their cities.

“You can’t just be like, there’s nobody in this city,” Howie said. “It’s never the city. It’s never that you haven’t met the right person, it’s that you haven’t been the right person. And I think people need to just stop blaming: it’s the guys it’s the girls, it’s the city, it’s where they are. And just say here’s what I want and here’s what I need and I’m going to go find that. And too many in Phoenix want to say: That’s just the way it is here.”

In case you're thinking of plotting your next move based on the assessments of the Great Love Debate team, here's a full list of their city-based rankings: