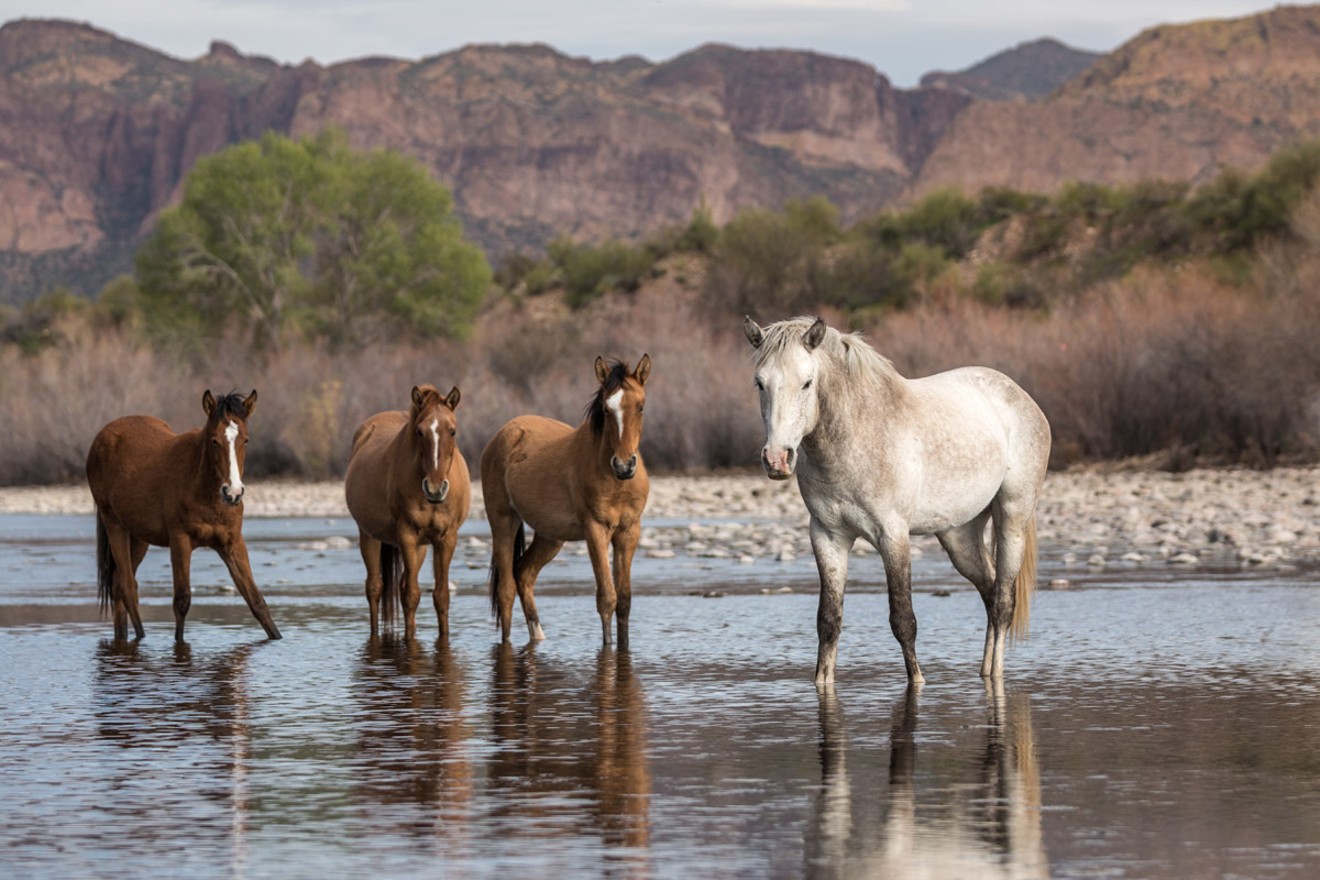 The plan, approved by the Arizona Attorney General's Office on Friday, finalizes a horse management deal that will be overseen by the Arizona Department of Agriculture and the U.S. Forest Service.

The new management program averted a U.S. Forest Service plan to remove around 100 horses from the Salt River and Tonto National Forest because of safety concerns about nearby highways. Just two years ago, the herd of wild horses was going to be rounded up and auctioned off.

Friday's announcement comes a year-and-a-half after Arizona passed the HB 2340, the Salt River Wild Horse Act. It was designed to protect the horses by making it a crime to kill, harass, or interfere with the animals. Governor Doug Ducey signed the bill, which was spearheaded by Republican state Representative Kelly Townsend of Mesa.


Ecstatic that my bill to protect the #SaltRiverWildHorses went into effect upon the signing of the IGA yesterday! A job well done by the Governor and his staff, the Dept. of Ag, the horse advocates, and the Forest Service! #ArizonaRocks pic.twitter.com/f0qVMKo8ET

It also sent a message to the federal government, which was looking at options for removing the horses. In a tangled bit of wildlife management policy, the U.S. Forest Service initially declined to recognize the horses as "wild" and therefore protected under the Wild Free-Roaming Horses and Burros Act of 1971. The feds argued that at one point, these horses were livestock.

Netherlands' group said that 100 volunteers are ready to assist the effort per the partnership agreement, which stipulates that the state will partner with a volunteer organization to help manage the horse population.