Our 2017 Best Poke Winner Is Expanding to Phoenix This Month 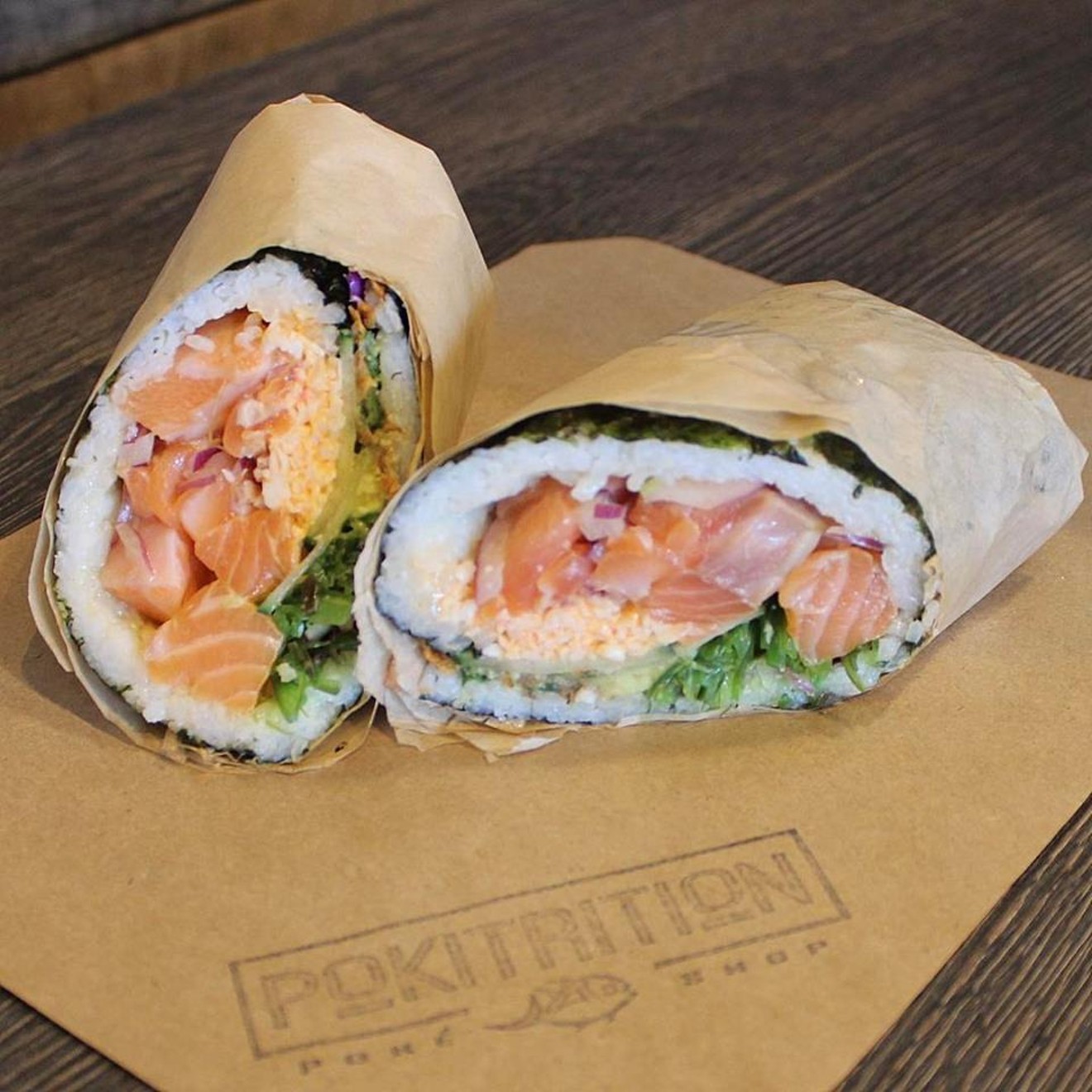 Pokitrition is opening a second location in the Camelback Corridor. Courtesy of Pokitrition
A shrug is how you probably greet news of a new poke restaurant. Bowls of Hawaiian-style raw fish are starting to feel like grains of sand on the beach. They're hot and everywhere. But from out of the sea of poke openings we've plucked a good one to share with you.

Chandler's Pokitrition is opening a Phoenix location. It'll be at 16th Street and Camelback Road.

About to shrug? Not so fast.

We gave Pokitrition Best Poke in our 2017 Best of Phoenix issue. The restaurant was founded by Arizona State University grads rather than a distant hospitality group. This is a good, locally owned spot to eat poke.

"Pokitrition," we wrote in our 2017 BOP issue, "offers the traditional poke options of rice or salad with seafood options like raw tuna, raw salmon, or cooked shrimp, dressed in a savory sauce and topped with items like cucumber, edamame, red cabbage, cilantro, masago, seaweed salad, crab salad, and more."

This is standard for a poke joint. But on top of providing the staples, Pokitrition, we found, offered uncommonly fresh fish. Indeed, fish is shipped by next-day air from Hawaii.

We also found joy in Pokitrition's opus: the sushi burrito.

The Phoenix location of Pokitrition, opening by May's end, will feature more chef-driven sushi burritos. This is possible thanks to a much fuller kitchen than the Chandler location has. There will be other expansions to the menu as well. The core of sushi burritos and poke bowl options will remain largely the same.

Follow Pokitrition on social media to track the opening date. It's going to be hot as hell in a few weeks, meaning sushi burritos will hit the spot even harder than usual.
KEEP PHOENIX NEW TIMES FREE... Since we started Phoenix New Times, it has been defined as the free, independent voice of Phoenix, and we'd like to keep it that way. With local media under siege, it's more important than ever for us to rally support behind funding our local journalism. You can help by participating in our "I Support" program, allowing us to keep offering readers access to our incisive coverage of local news, food and culture with no paywalls.
Make a one-time donation today for as little as $1.
Chris Malloy, former food editor and current food critic at Phoenix New Times, has written for various local and national outlets. He has scrubbed pots in a restaurant kitchen, earned graduate credit for a class about cheese, harvested garlic in Le Marche, and rolled pastas like cappellacci stuffed with chicken liver. He writes reviews but also narrative stories on the food world's margins.
Contact: Chris Malloy
Follow:
Twitter: @yollamsirhc
Instagram: @malloy_chris/