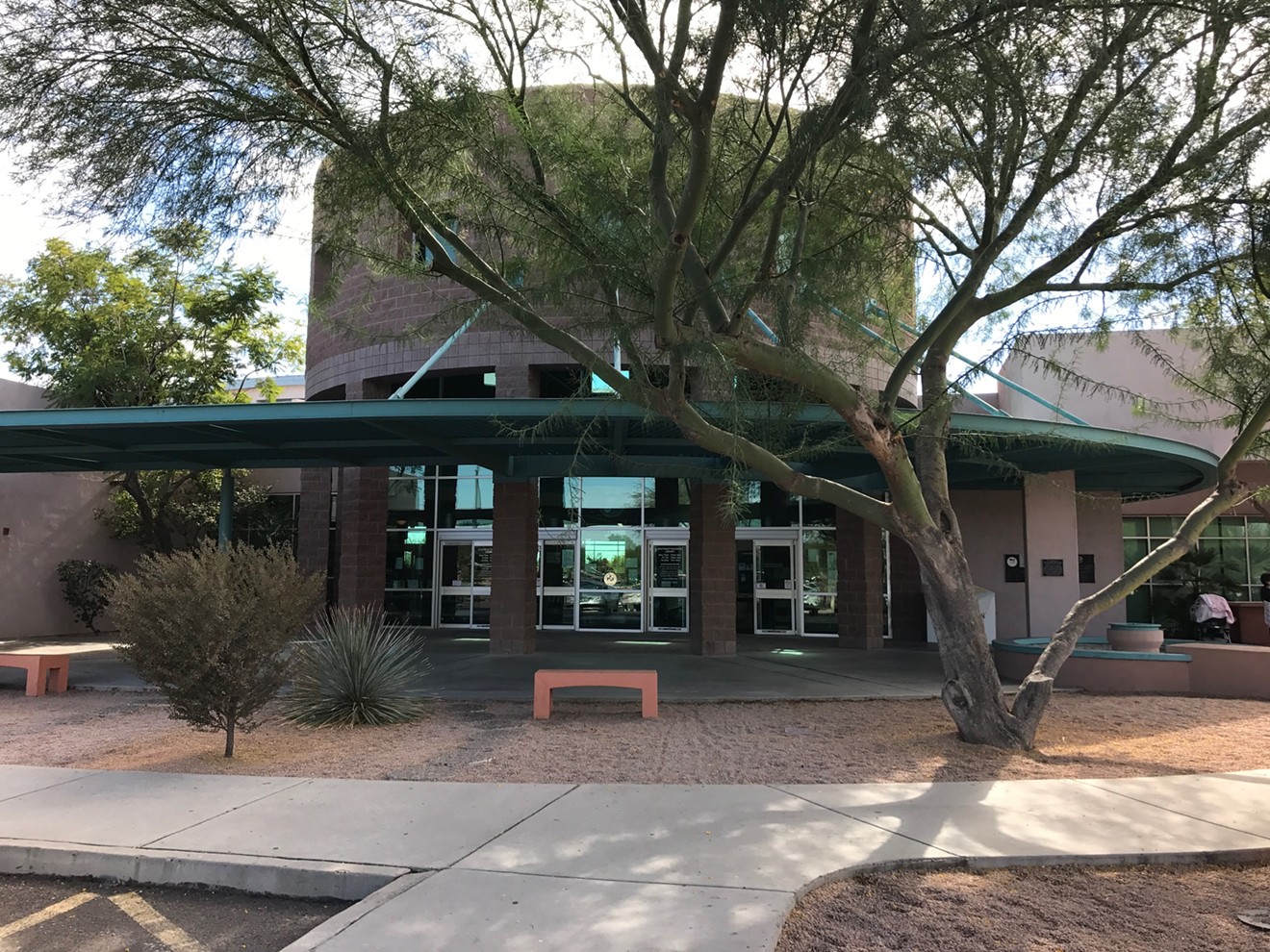 A library professional who helped plan the canceled event has resigned. A drag queen scheduled to participate in the reading, which was scheduled as part of the annual LibraryCon, has gathered more than 1,100 signatures from people who want the storytime reinstated. Another library has offered to host the storytime instead. And the American Library Association has weighed in.

The LibraryCon planning committee put together several events for this year's edition, which is scheduled for Saturday, November 18. In the event lineup, organizers included drag storytime, which Michelle Miranda-Thorstad suggested while serving on the committee.

Miranda-Thorstad posted a storytime announcement on her personal Facebook page on Monday, November 6. It was posted on the LibraryCon 2017 Facebook page as well. That caught the attention of library administrators.

Miranda-Thorstad says that on Thursday, November 9, she learned from a supervisor at the Gilbert branch that the storytime was being canceled. At that time, Miranda-Thorstad says, the supervisor, whom she declined to name, told her the drag queens couldn’t participate because they lacked early literacy training.

So Miranda-Thorstad submitted a pair of proposals to the library, asking that the storytime be reinstated.

Instead, Miranda-Thorstad says, library administrators called her in for a meeting and accused her of "not following proper procedures" for planning “Reading with the Queens” and "being deceitful" when organizing previous LGBTQ programming at the Gilbert library branch.

On Monday, November 13, the day before that meeting, Miranda-Thorstad submitted her resignation.

Signage at entrance to Southeast Regional Library parking lot.
Lynn Trimble
Like Miranda-Thorstad, Christopher Hall hoped library administrators could be persuaded to reinstate the storytime. He’s one of three drag performers who was scheduled to participate in “Reading with the Queens.”

After learning that the storytime was nixed, Hall sent an email to several library administrators, including Kolaczynski, on Saturday, November 11.

The message outlines his qualifications and experience working with youth – which includes raising awareness about the LGBTQ community in several educational settings.

The response, which Hall shared with Phoenix New Times, wasn’t what he'd hoped for.

On Monday, November 13, Kolaczynski replied. Instead of addressing the issue of early literacy, she listed several reasons for the decision to cancel “Reading with the Queens.”

Kolaczynski wrote that the library branch manager was never told about the storytime, that the storytime didn’t meet library guidelines, and that the event was advertised in a misleading way. She didn't elaborate on that last point in the email. But she did include a 22-page "Storytime Overview" document from the library district.

Nothing in that overview document, reviewed by Phoenix New Times, supports the three points in her email to Hall. Primarily, it breaks down literacy concepts and developmental milestones for various age groups of young children. It also says that storytimes should be inclusive — by reflecting the diverse world we live in, including a variety of subjects, and "teaching children that the world is a heterogeneous place."

However, her closing paragraph was conciliatory. “We are committed to providing our communities with the services and programs that are important to them,” Kolaczynski wrote.

On Friday, November 10, he launched an online petition called "Help Bring Back Reading with the Queens" on Change.org. As of Thursday, November 16, nearly 1,200 people had signed it.

Still, Southeast Regional Library hasn't budged on its decision. But another Valley library is stepping in.

Hall says he’s scheduled to read during a drag storytime at Glendale Public Library's LibCon West 2017 event at the city's main branch on Saturday, December 9. The final schedule for that event is not yet available.

Those eager to support LGBTQ storytimes in metro Phoenix will have another opportunity on Saturday, November 18. Changing Hands Bookstore is presenting “Glitter Magic: A Gender Fluid Storytime” at its Phoenix location at 10 a.m.

The free event, which features two gender non-conforming storytellers, is free and open to the public. It’s the second time Changing Hands has offered “Glitter Magic.” More than 50 people attended the first one, says Brandi Stewart, a children’s book buyer for Changing Hands who helped organize the event.

“We’re really excited to introduce the community to this,” Stewart says. “It’s important for everyone to feel welcome, and we want kids to know at an early age that we’re all equal.”

Part of the youth area inside the Southeast Regional Library in Gilbert.
Lynn Trimble
Whether the Maricopa County Library District ever presents similar programming remains to be seen. It’s clearly become a topic of conversation in the aftermath of the “Reading with the Queens” debacle.

On Wednesday, November 15, Maricopa County Supervisor Steve Gallardo met with library administrators to discuss the issue. His office has not shared the outcome of that meeting with Phoenix New Times.

Although local officials are mum, the “Reading with the Queens” episode has captured the attention of the American Library Association, which shared Phoenix New Times’ reporting online.

The association created a Library Bill of Rights, which calls for diversity and inclusion, in 1939. James LaRue, director for its office for intellectual freedom, says those provisions apply to the drag storytime issue here in the Valley.

“Our general recommendation is that libraries select programs based on the interests and needs of the community, and that programs not be excluded because of possible controversy,” LaRue told Phoenix New Times by phone on Wednesday, November 15.

LaRue recognizes that people have different opinions about library offerings, but says people are always free to skip the events they don’t like. That’s a better alternative to not making them available at all, he says.

“If we pulled everything people are unhappy about, we would have no programs at all."