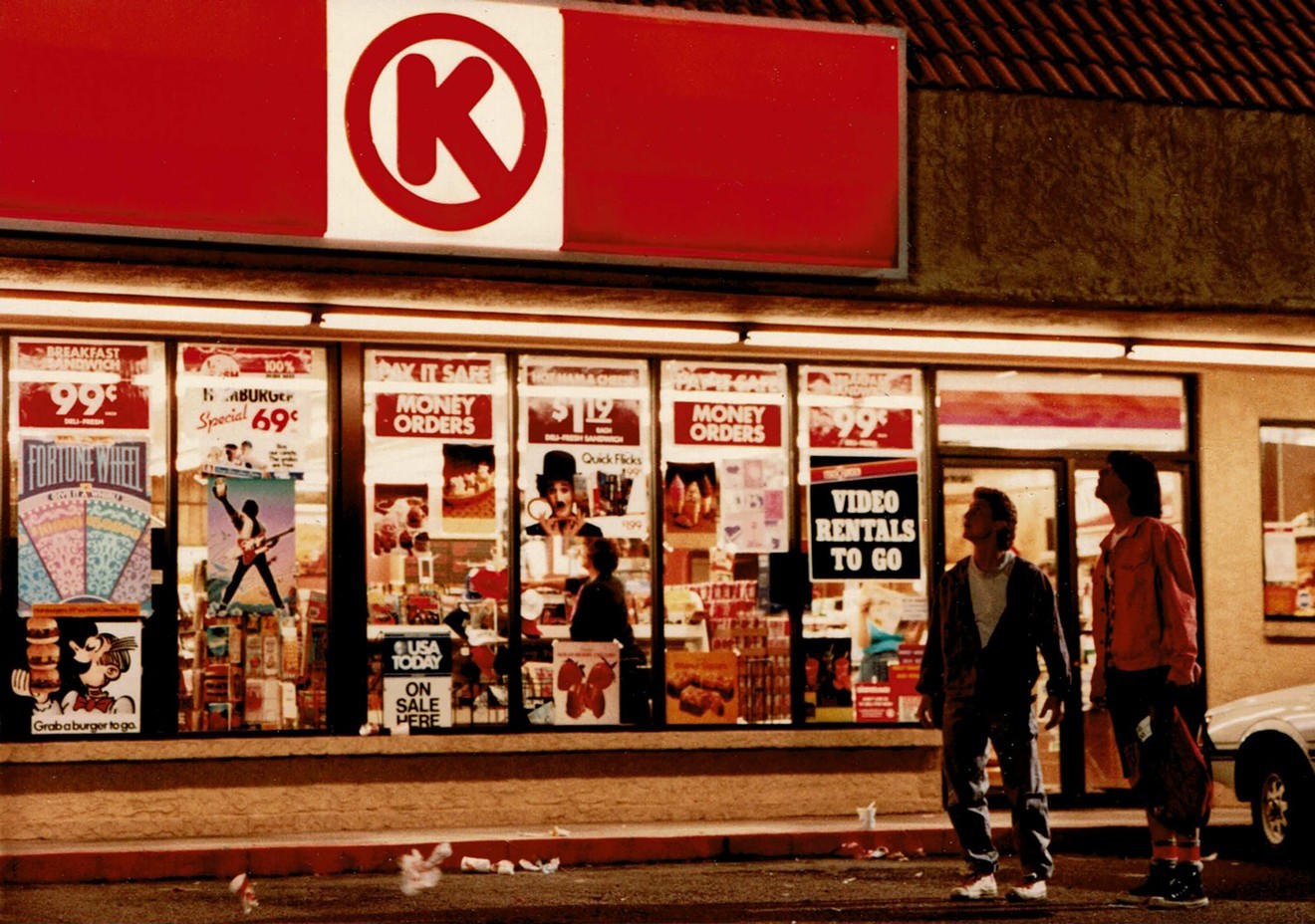 Alex Winter (left) and Keanu Reeves on location at the Circle K in Tempe in 1987. Phillip Caruso
5/16/22 Update: Harkins Theatres has added a second screening that will take place at 10:45 p.m. on Wednesday, May 18, but like the earlier show, tickets will sell out fast. Tickets are available here: harkins.com/bill-and-teds.

We're not given to hyperbole, but every once in a while, a once-in-a-lifetime event comes along.

Before the Circle K at Southern Avenue and Hardy Drive in Tempe closes for good later this month, Harkins Theatres will present a screening of Bill & Ted's Excellent Adventure in the parking lot on Wednesday, May 18.

That Circle K was a main filming site of the classic '80s comedy, which respectively starred Alex Winter and Keanu Reeves as protagonists Bill S. Preston, Esq., and “Ted” Theodore Logan as two dopey teenagers who travel through time to gather historical figures for their school project.

Bill & Ted was largely filmed in metro Phoenix back in spring 1987. Valley landmarks like Mesa’s Golfland Sunsplash, Coronado High School in Scottsdale, and now-defunct mall Metrocenter stood in for locations in San Dimas, California, the setting for the movie.

The Harkins screening will include beach chair seating with wireless headphones for your movie-viewing pleasure, plus a visit from the Harkins popcorn truck, '80s tunes by a live DJ, trivia contests, a photo phone booth, and more.

Festivities begin at 7 p.m. and the movie starts at 8. Tickets are $15, and are extremely limited and selling fast. Visit the event website for details and tickets.
KEEP PHOENIX NEW TIMES FREE... Since we started Phoenix New Times, it has been defined as the free, independent voice of Phoenix, and we'd like to keep it that way. With local media under siege, it's more important than ever for us to rally support behind funding our local journalism. You can help by participating in our "I Support" program, allowing us to keep offering readers access to our incisive coverage of local news, food and culture with no paywalls.
Make a one-time donation today for as little as $1.