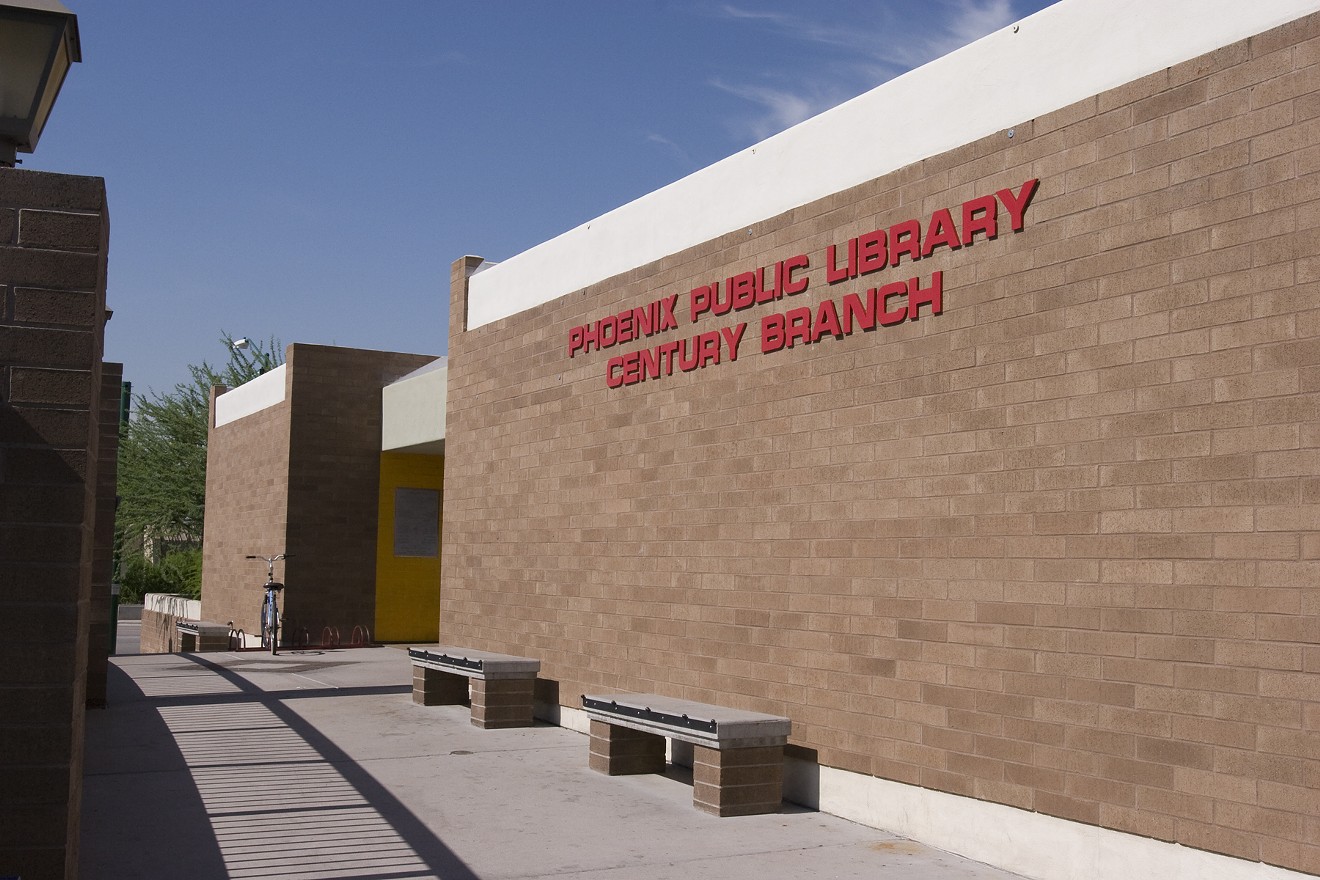 The Piper Writers House
Palm Walk and Tyler Mall at ASU Tempe
480-965-6018
This 1907 historic home is found on Arizona State University’s main campus in Tempe, as well as the National Register of Historic Places – and it’s home to the Virginia G. Piper Center for Creative Writing and the ASU Book Group. This club reads books by ASU professors, staff, and alumni, as well as local authors, and meets once a month with the actual author. Journalist Judith Smith founded the club, which is open to all ASU faculty members, staff, students, alumni, and the community. The free ASU Book Group meets for a monthly discussion at the Piper Writers House from noon to 1 p.m. in the Piper Writers House. It's usually followed by lunch with the author at the University Club on the Tempe campus.

The Poisoned Pen
4014 North Goldwater Boulevard, #101, Scottsdale
480-947-2974
The quaint Old Town Scottsdale bookstore offers a number of crime- and fiction-themed automatic-selection book clubs. That means the clubs picks a book based on you which group you joined, and a first-edition pick (oftentimes signed) is charged to your credit card and shipped to your house each month. Book groups at The Poisoned Pen include the Hardboiled Crime Club, the Surprise Me! Club, History Paperback Club, the SciFi/Fantasy/Horror Club, Modern First Editions, and Fresh Fiction. You can even give book club membership as a gift.

Valley Bar
130 North Central Avenue
602-368-3121
The Reading Room at Valley Bar is the spot for spirited literary and philosophical conversation during the monthly gathering called Get Lit. Four Chambers Press and Phoenix poet laureate Rosemarie Dombrowski host this free, first Thursday discussion on reading, writing, the media, and the world in general – just like those 17th-century French salons we’ve all read about – adhering to a monthly theme. The talk starts at 7 p.m., and cocktails are more or less encouraged.