Everything We Know About Southwest Shakespeare Company's Warehouse Fire 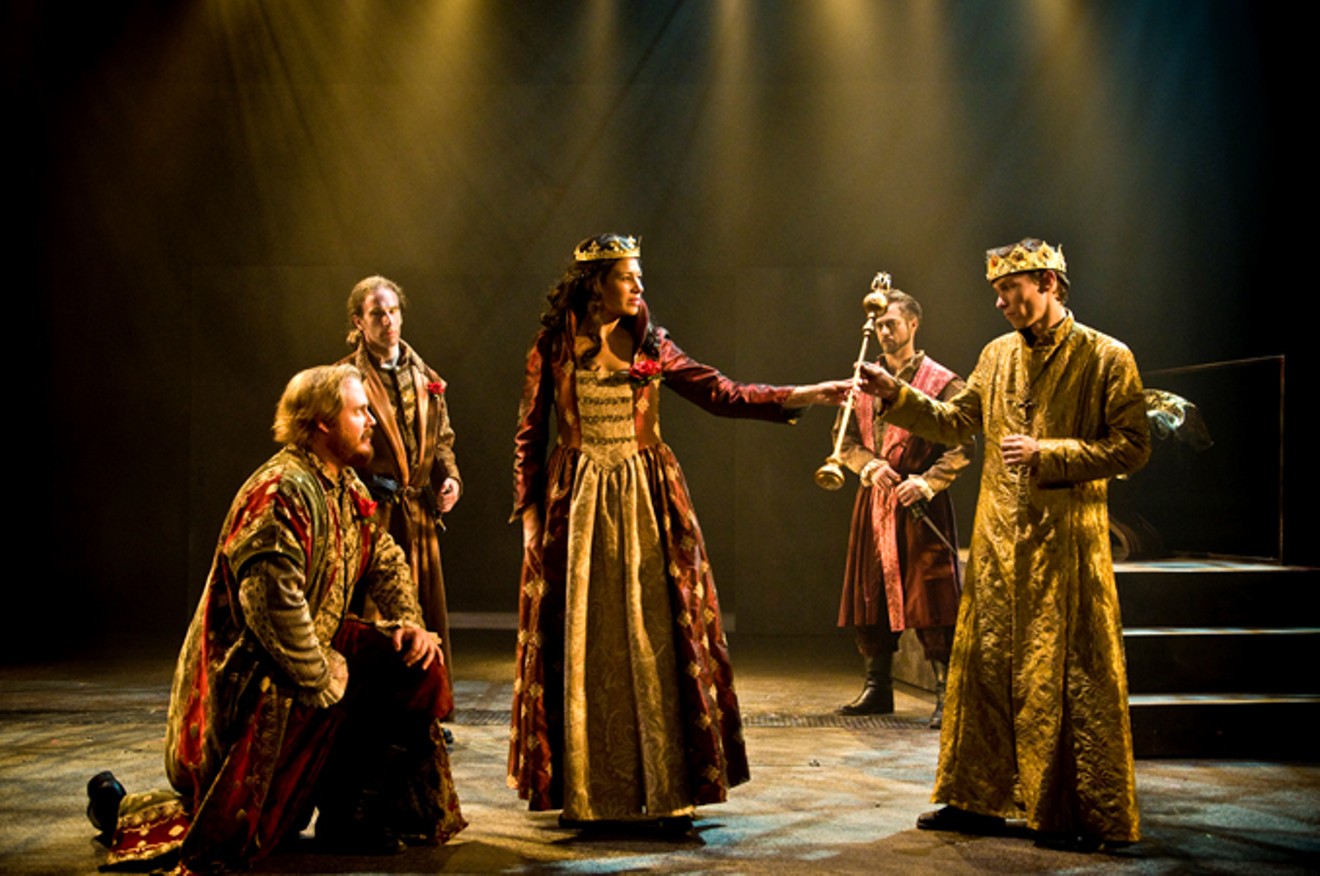 Perhaps “O, for a Muse of fire!” Or maybe “One fire burns out another’s burning.”

On Saturday, June 17, Walsh was called to the Mesa warehouse where Southwest Shakespeare builds and houses its vast collection of Elizabethan attire and Jacobean backdrops. The building, he was told, was on fire.

“The police are still investigating what caused the fire,” says Walsh, who doesn’t believe the inferno is related in any way to the hate mail and death threats received by several regional Shakespeare theaters this past week. That abuse came after pro-Donald Trump activists disrupted New York Public Theater’s new production of Julius Caesar, which depicts the assassination of a Trump lookalike.

“It was 110 degrees that day,” he says. “So there’s some speculation that the fire started outside the building. This isn’t being looked at as a hate crime — we haven’t received any threatening emails indicating anyone’s after us.”

The blaze consumed the theater’s entire costume department. Much of the scenery was destroyed by smoke damage and by water used to extinguish the fire. The loss, Walsh says, won’t affect the opening of the troupe's 24th season, which launches in September with Adam Long’s comedy The Complete Works of William Shakespeare (Abridged).

Walsh says if there’s an upside to this crisis, it’s discovering how well-supported his theater is. “We’ve heard from patrons who’ve been with us for 23 years, and people who just joined us last season. Relatives of workers, local theater people, and people from Shakespeare companies all over the world.”

Many are donating to a Gofundme campaign set up by concerned fans. At press time, the theater had collected more than $10,000 of its $20,000 goal. The city of Mesa, which hosted the space that caught fire, has offered to provide the company a new space.

“Of course, the irony of all this is that we don’t have anything to move into the new space,” Walsh says. “But we’ll be okay. We will not go quietly into the night.”