The weekend just arrived, but it'll be over before you know it. Better start making plans now, like Jurassic Fight Night, the Phoenix Greek Festival, or an Arizona Cardinals football game.

Equal parts Arthur Conan Doyle’s The Lost World and the UFC (with a bit of WWE-style spectacle thrown into the mix), Jurassic Fight Night is like the battles you used to put your plastic dinosaurs toys through as a kid, only on a bigger scale. The event, which comes to Gila River Arena, 9400 West Maryland Avenue, in Glendale on Friday, October 8, and Saturday, October 9, involves animatronic dinosaurs like Steve “The Spinecrusher” Spinosaurus, Rex “The Carnivore King,” and Rowdy Roddy Raptor engage in ferocious battles within a boxing/wrestling ring. Multiple bouts consisting of three two-minute rounds will take place throughout the evening with the overall winner getting a dino-sized championship belt. There probably won’t be too many punches thrown (owing to the tiny arm spans of most of the competitors), but plenty of bites, kicks, and tail-swipes are likely to happen. The fights start at 7 p.m. both nights and tickets are $24.75 to $94.75. Benjamin Leatherman

You’d have to travel more than 6,600 miles to get from Phoenix to Greece, but that doesn’t mean you can’t enjoy a bit of Greek culture right here in the Sonoran Desert. The Phoenix Greek Festival is happening from Friday, October 8, to Sunday, October 10, at the Holy Trinity Greek Orthodox Cathedral, 1973 East Maryland Avenue. It’s a chance to eat Greek food, watch Greek folk dance, hear Greek music, and play Greek games. Friday night hours are 5 p.m. to 10 p.m. Saturday hours are 11 a.m. to 10 p.m. and Sunday hours are 11 a.m. to 6 p.m. Tickets are $5 per day. If you’re brave enough to try folk dancing, show up for dancing instruction that starts at 4:30 p.m. on Saturday and 2:30 p.m. on Sunday. Bring an extra $5 if you want to park in the church parking lot, or hop online to check out your free parking options before you head out. If all you know of Greek culture is its phyllo dough pastries and the dry anise-flavored liquor called ouzo, the festival is a great way to broaden your horizons beyond baklava and booze. Lynn Trimble

Julia Chacon probably did a little happy dance last week, after learning that the Julia Chacon Flamenco Theatre was named the best flamenco group by Phoenix New Times’ Best of Phoenix 2021. The company started as Inspiracíon Flamenca in 2008, and it’s going strong with a robust lineup of talented creatives who help to spread the joy of this Spanish art form throughout Arizona. See what all the excitement is about as they perform “Flamenco Intimo” at Scottsdale Center for the Performing Arts, 7380 East North Street, at 7:30 p.m. on Friday and Saturday, October 8 and 9. They’ll be performing in the intimate Stage 2 space, where a ticket for theater seating for a single performance is $26.50 and cabaret seating is $35. While you’re there, explore the “Spanish Legacies: 75 Years of Spanish Dance in Arizona” exhibition that Chacon co-curated with Brittany Arnold of Scottsdale Arts, which is on view in the ArtReach Space by Stage 2. Whether you decide to try to bust a few flamenco moves once you get back home is entirely up to you. Lynn Trimble

Aikido in the Garden

Maybe you manage to get most of the crossword clues drawn from Japanese culture, like “obi” and “sushi,” right most of the time. Even so, your knowledge of Japanese culture probably has some room to grow. You’re fortunate to live in Phoenix, where the Japanese Friendship Garden, 1125 North Third Avenue, has plenty of ways you can make that happen. Start by taking an Aikido in the Garden class, where you can learn about the martial art form based in part on the ancient staff (jo) and sword (bokken) traditions of ancient samurai. The practice of Aikido includes stretching, breathing, and various types of movement that can help with balance and body awareness. The next class runs from 8:30 to 9:30 a.m. on Saturday, October 9. Wear casual outdoor clothes and footwear that won’t slip off, and be there to check in by 8:15 a.m. Admission is $25. Alas, you won’t be able to keep the wooden sword, but you could go home with some new meditation and stress-busting techniques. Lynn Trimble 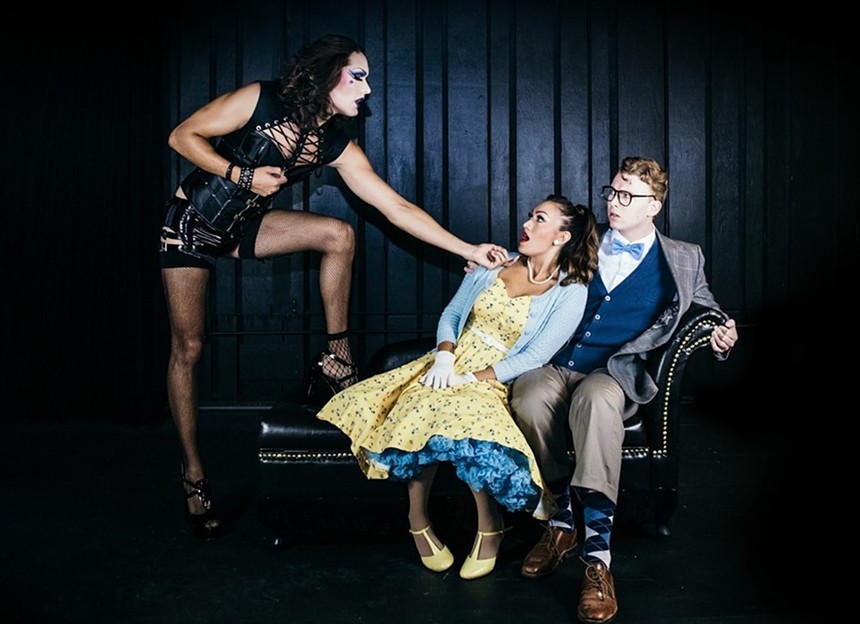 Let’s do the time warp, again. If that’s your motto, you’ve probably got a fun collection of black corsets and fishnet hose you can drag out every time a singalong for the classic 1975 film The Rocky Horror Picture Show rolls around. You can try something a bit different on Sunday, October 10, as the Phoenix Theatre Company, 1825 North Central Avenue, presents the musical The Rocky Horror Show, first performed on Broadway in 1975 with Tim Curry in the lead role. The cast gets to do all the singing and dancing, but you can still have an amazing time in the audience, and dressing up in Rocky Horror-inspired fashion is totally encouraged. Sunday’s performance starts at 3 p.m., and ticket prices vary. If you’ve never experienced the Rocky Horror Show phenomenon, this is a fabulous introduction to the warped tale of naughty meets nice. Take note, hardcore Rocky Horror fans: no throwing, sprinkling, spraying, or launching of props will be allowed. Humming the song Time Warp underneath your breath? Seems like a perfectly logical alternative. Lynn Trimble

Quarterback Kyler Murray and the rest of the Arizona Cardinals take on the San Francisco 49ers this weekend.
All-Pro Reels/CC BY-SA 2.0/Flickr

Don’t look now, but the Arizona Cardinals are 4-0 to start the season and are currently the only undefeated team left in the NFL. As good as that feels, let’s not kid ourselves: They’ve had some luck. Had a few things gone the other way (including that botched last-second field goal by Minnesota in Week 2), they could easily be 3-1 (or even 2-2) at the moment. Arizona’s luck hopefully won’t run out when they take on the San Francisco 49ers on Sunday, October 10, at State Farm Stadium, 1 East Cardinals Drive in Glendale. The Niners (2-2) might be off to a rough start this year, but they’re a tough team who have had the Red Birds’ number the past few seasons (the Cardinals have been 1-3 against them since 2019). This battle of NFC West rivals kicks off at 1:25 p.m. Tickets are technically sold out but are available on the secondary market. Benjamin Leatherman
KEEP PHOENIX NEW TIMES FREE... Since we started Phoenix New Times, it has been defined as the free, independent voice of Phoenix, and we'd like to keep it that way. With local media under siege, it's more important than ever for us to rally support behind funding our local journalism. You can help by participating in our "I Support" program, allowing us to keep offering readers access to our incisive coverage of local news, food and culture with no paywalls.
Make a one-time donation today for as little as $1.