What's Next for the Phoenix Dance Scene? Taken together, they reveal the range of dance happening in metro Phoenix and prompt reflection on what’s next for the region’s dance scene, which has long been in flux.

“The Phoenix dance scene has made progress in the past several years,” according to Angelina Ramirez. She heads a dance company called Flamenco Por La Vida, which performs regularly inside the Crescent Ballroom lounge. “There has been more diversity in the types of people, bodies, and stories being told on stage,” Ramirez says.

In February, JAMovement performed at Arizona Distilling Co. in Tempe, partnering with a local chef to present a mix of comedic dance and four-course dining. Recently, a creative duo called The Ladies brought their blend of movement, improvisational comedy, and audience participation to Changing Hands Bookstore.

They’re all signs of more good things to come, even as Cohen’s absence continues to reverberate with the many dancers whose lives she touched through the years.

More people are seeing dance in metro Phoenix, and seeing themselves reflected in those performances. “We are seeing more black, brown, queer, gender-nonconforming, and differently shaped bodies that challenge traditional beauty norms being presented,” Ramirez says. “I think that’s a step in a much-needed direction.” 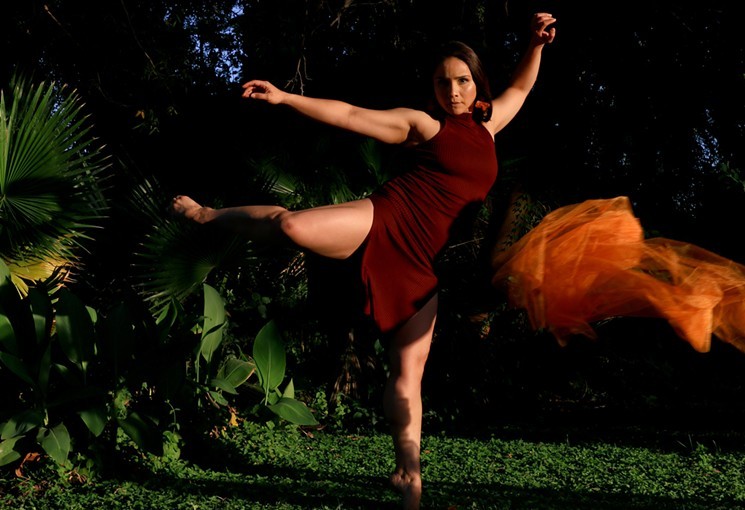 Zarina Mendoza was part of BlakTinx Phoenix 2019.
Ashley Baker
Liz Lerman, an internationally renowned choreographer who joined the ASU faculty in 2016, agrees. She has high praise for several Arizona choreographers, including Liliana Gomez and Yvonne Montoya. Gomez co-founded the Phoenix dance festival called BlakTinx, which highlights choreographers and dancers of color. Montoya is based in Tucson, but she’s garnered national attention for organizing Latinx choreographers throughout the Southwest.

There’s still room for improvement, according to Julie Akerly, who heads both [nueBOX] and JAMovement.

“There is still a lot of work to be done in terms of who has a seat at the table,” she says.

That’s not the only challenge moving forward.

“There are, of course, a handful of issues the dance community is facing regularly,” Gomez says, “including access, inclusion, audiences, affordability, pay, and many more.”

Ramirez lost her Roosevelt Row dance studio a few years ago during the area’s first wave of gentrification.

“Renting space in a variety of different locations is so challenging and expensive,” she says. Today, she’s working to open a new space on the Miracle Mile section of McDowell Road.

Sometimes, it’s a perception problem, according to Ann Ludwig, who spent decades helping to build the metro Phoenix dance scene. “People love to support local food and beer, but they act like only national dance companies have value.”

As dancers reflect on Cohen’s legacy, it’s a good time to think about what they’ll need moving forward. “We have a wonderful, growing community that needs support,” Lerman says. “Let’s raise it up so more people can see it.”
KEEP PHOENIX NEW TIMES FREE... Since we started Phoenix New Times, it has been defined as the free, independent voice of Phoenix, and we'd like to keep it that way. With local media under siege, it's more important than ever for us to rally support behind funding our local journalism. You can help by participating in our "I Support" program, allowing us to keep offering readers access to our incisive coverage of local news, food and culture with no paywalls.
Make a one-time donation today for as little as $1.