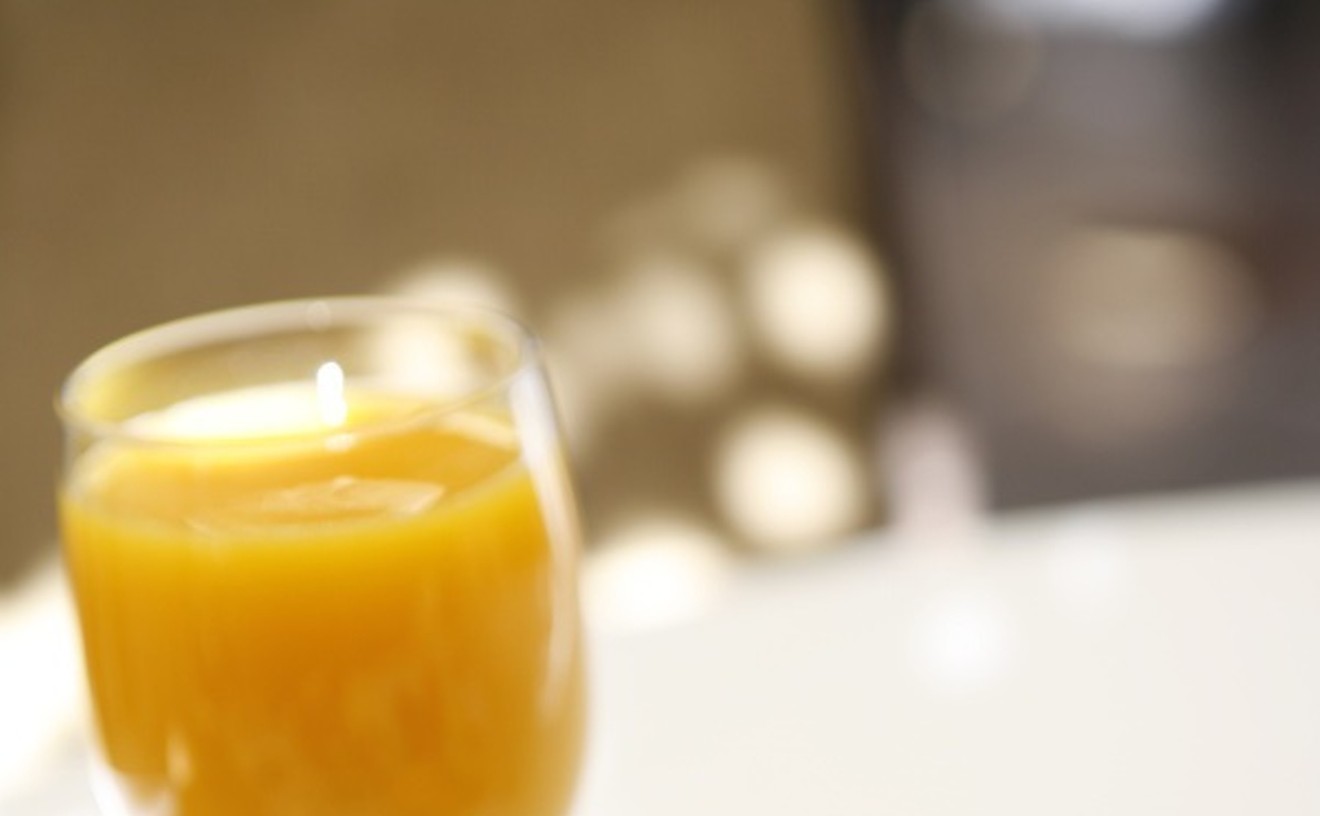 Jamie Peachey
Arcadia Farms likes to promote itself as the place for "ladies who lunch." No argument there -- if the ladies in question happen to eat like lumberjacks.

But even an ax-swinger with XY chromosomes is going to have his work cut out for him with the Farms' hefty turkey sandwich. Delectable, thick slabs of real, Thanksgiving-style roasted turkey breast (raised in Dewey, AZ) are piled high on country-style bread just shy of sourdough. A light slick of mayo gilds the gobbler, topped with roma tomato, sliced cucumber, pea shoots and baby lettuce.

(Hint: Sandwiches come with a choice of potato salad or organic greens. Order the potato salad, a plate load of red, skin-on chunks dotted with dill, bits of fresh bacon, parsley and scallion. Why? It's not only delicious, it comes on a bed of greens already.) 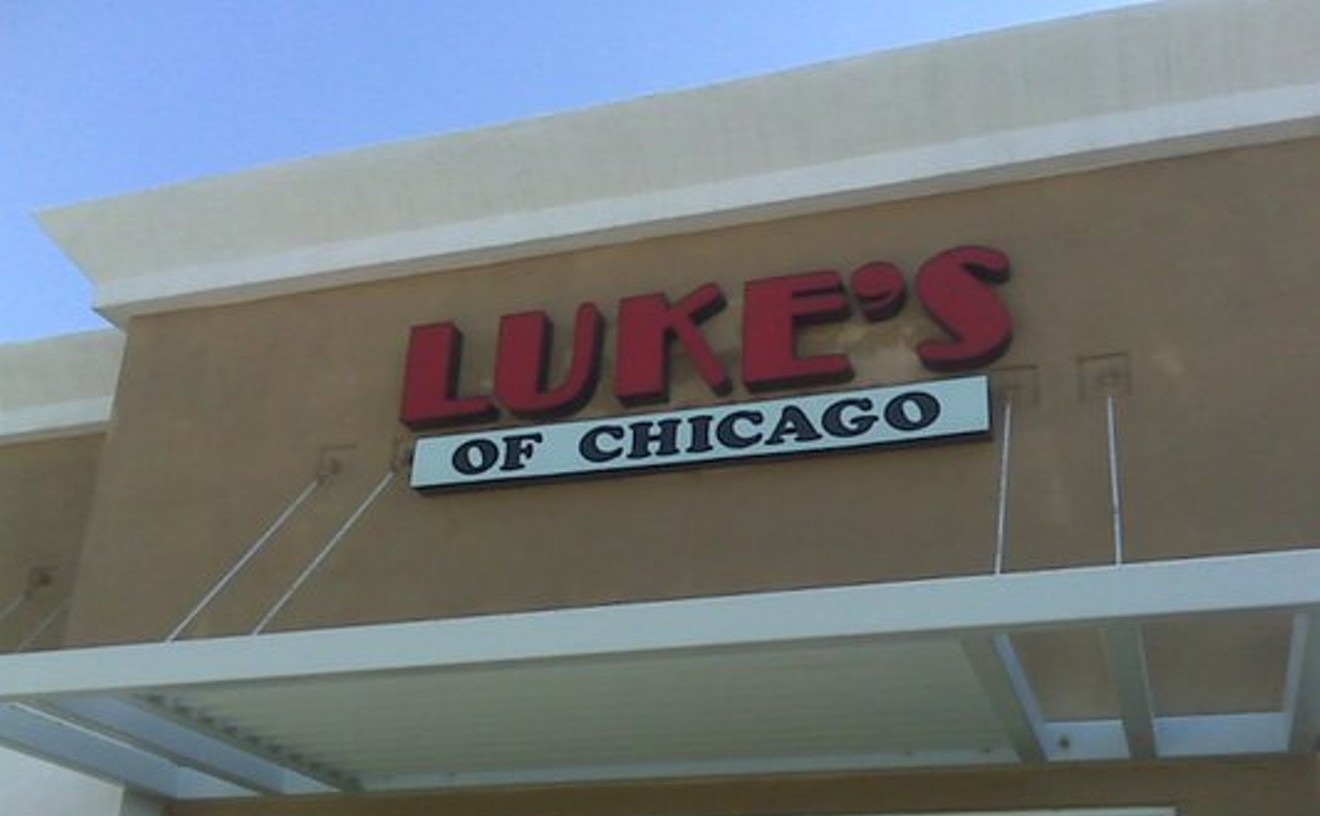 The DelPrincipe family first introduced its Italian beef recipe back in 1968, at a little store in Chicago. Fortunately for us, some of the family decided to escape the snow and set up shop in the Valley. Today, the Phoenix and Tempe locations are run by different family members, with friendly, often vocal competition between themselves to be better than the other.

Of course, the sandwiches are equally fabulous at both stores. This is top-quality stuff, bringing mounds of tooth tender beef thinly sliced and swimming in its own natural juices. We order ours "wet," for extra gravy to render the French roll into soggy, richly brothed bliss, and don't apologize for making an absolute mess of ourselves. That's what napkins are for.

Timur Guseynov
There are plenty of places around town that make fancy hamburgers. They stuff them with exotic cheeses, lay them on designer buns and present highfalutin condiments like crushed mustard seed, garlic-infused mayonnaise and wasabi ketchup.

That's all well and good, but we prefer a far simpler approach to America's favorite sandwich -- an uncomplicated serving of quality ground beef, plopped on a fresh bun, then gussied up with a slice of American cheese and perhaps a spritz of yellow mustard. In short, just like the burgers served at the Chuck Box.

The cooks at this long-standing Valley burger biz don't put much into ceremony; they're too busy churning out fresh sandwiches to order. They peer at us from behind the blistering hot mesquite charcoal broiler, waiting patiently as we make the agonizing decision between the Big Juan (one-third pound, and named after Chuck Box's "beef engineer") and the Great Big Juan (one-half pound). We can add cheese (Swiss, American or Jalapeo Jack) and, if we're really feeling feisty, we can toss on some guacamole or bacon. There's also a choice of white or wheat buns, which are lightly toasted on the grill as the meat sizzles merrily away.

The burgers arrive virtually greaseless, presented on disposable plates atop plastic trays, to be dressed as we desire at the Chuck Box's condiment bar (the fanciest thing offered here is ranch dressing).

To paraphrase the immortal words of one noted burger connoisseur, "We'll gladly pay you Tuesday for a Chuck Box burger today." 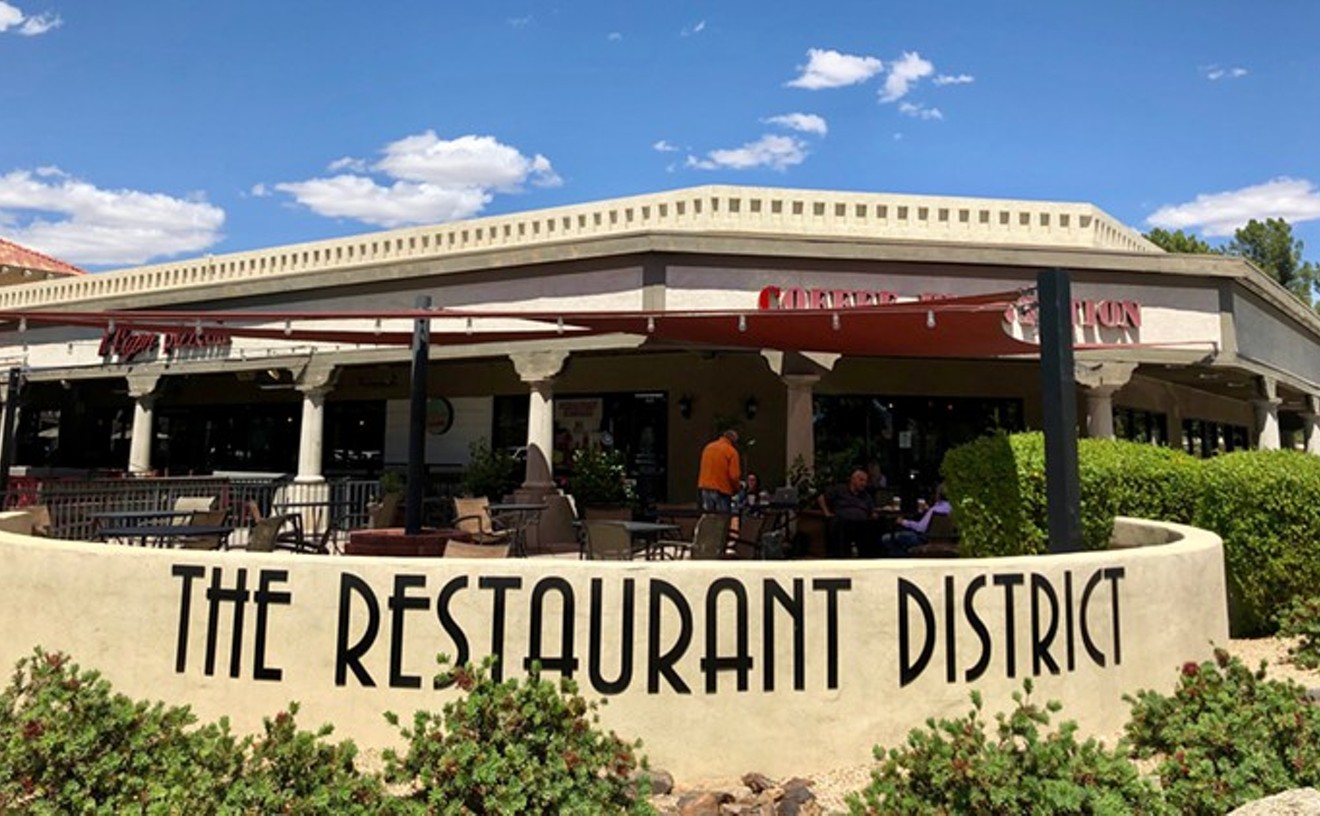 Lauren Cusimano
If The Sound of Music had been set in Phoenix instead of Austria, Rodgers and Hammerstein would surely have scuttled the "a drink with jam and bread" lyric in favor of "ti -- a drink that's filled with ice."

And for our do-re-mi, you won't find a better glass of the ubiquitous chilled brew than, ironically, at a place best known for its java. The unofficial state drink (the average Phoenician swills untold gallons annually), iced tea à la Coffee Plantation is a brew that is true. Supplied by the Tempe-based Revolution Tea Company, the leafy libation is available in a variety of distinctive flavors -- Red Hawaiian, decaf Vanilla Bean and Citrus Spice, to name a few.

Under most circumstances, "cheesy" is usually a pejorative term. But when applied to a description of the cheesecake at Christopher's, it's the highest praise possible.

The rival of any similar dessert in its New York deli homeland, this model is decadence on a plate -- huge, delectably creamy and, of course, obscenely caloric.

There are no superfluous toppings here, just a sprinkle of shaved almond, and plate companions of strawberry, blackberry and blueberry lightly drizzled with honey.

Katie Walter
Chef-owner Giovanni Scorzo studied baking in Alassio near Genoa, Italy. He continues his craft in this magical little bakery tucked next to his award-winning restaurant Lecabaffi.

Everything here is to diet for, with sinfully rich tiramisu, zuppa inglese, cannoli, almond puff pastry, fruit tarts, and budino di riso (butter pastry topped with rice pudding; it makes our toes curl). We could make a meal out of Scorzo's dreamy bigne con Crema Pasticcera o Cioccolato (crème puffs oozing with custard or chocolate), topped off with a steaming cup of Torrefazione Italia coffee.

Sometimes, if you're feeling virtuous, go for the less-sweet but oh-so-satisfying focaccia with grapes or apples; or any of the crunchy biscotti, particularly the awesome anise.

There's no use sugar-coating it -- Galileo's got just the desserts we deserve.

The Chinese have long considered mushrooms to be aphrodisiacs. After tasting the seductive 'shrooms at Morton's, you may well agree.

Morton's takes an exotic blend of crimini, oyster, shiitake and portobello mushrooms, sautés them in a heady garlic herb butter, and serves them steaming in a ceramic crock. We get high just off the aroma, and melt when the mushrooms meet our mouths.

So toss away that book on how to meet chicks. Remember, guys: Girls just want to have fungi.

Leave it Chef Donna Nordin to come up with something as innovative as this mystical, addictive flan. Impossibly silky, this breathtaking use of the stinking rose is abloom with mellow garlic. Served warm, the custard wobbles and shimmers as you poke it with your fork, then ladle great smears on thick, chewy pieces of the jalapeo cheese bread served alongside. Top it with sweet-'n'-spicy pepper salsa in vinaigrette, and dust the whole thing off with a sprinkle of herb-roasted hazelnuts. It's a taste explosion.

If you're sneaking off for an intimate dinner with someone you're seeing on the sly, under no circumstances should you order the antipasto platter at Va Bene Ristorante Italiano. The minute your server ferries the gigantic appetizer platter out of the kitchen, every eye in the house will be on the table where you're sitting with your no-longer-inconspicuous other.

The disturbing image of frogs on crutches won't go away, even years after seeing Kermit battle an evil fast-food frog-leg czar in the original Muppet movie. The vision is resurrected at Bistro Provence, which serves the legs intact, showing knobby knees and all.

It takes just one bite, however, to get over it. The amphibian flesh is firm, vaguely sweet and positively glowing with garlic marinade.

And Bistro Provence has a delicate hand with battering -- these gams are barely drifted through flour to offer a hint of crunch instead of the overwhelming crust found elsewhere. A half-dozen legs twirl like an Esther Williams revival in a pool of buttery, garlic-rich tomato salpicon. No crutches needed here; these legs stand on their own.