Usually the word "ambassador" conjures up images of overpaid, overindulged, three-piece-suit-wearing foreign dignitaries who don't have to pay their parking tickets. In downtown Phoenix, it means friendly folks who will answer questions, show you around, and even walk you to your car. Dressed in orange shirts brighter than a hunting vest, they're like urban Boy Scouts who are always prepared and looking to do a good deed. Need to find parking? No problem. They'll help you find an available lot. Can't find a restaurant open after a game? No worries, they'll show you where to go. Can't figure out where to find a cocktail? That's an easy one. On bikes loaded down with maps, fliers, directories, and even bottled water, Copper Square Ambassadors make getting lost an adventure. Who knows what they'll help you find?

While big chunks of downtown Phoenix are developing spaces for mega-corporations and ultra-spendy lofts, it seems there's nary a hope left for the entrepreneur who wants to get a business off the ground. That's why we love .anti_space. Located on the corner of Fourth Street and McKinley, this L-shaped conclave is helping the little guy grow his vision and climb the counterculture corporate ladder. With rents that are manageable and just enough space to get an aspiring tycoon started, .anti_space is the spot that's launched a load of indie businesses — all packed with hipster cred — including Pravus Gallery, Mint Vintage Clothing, Conspire, and Butter Toast. It's called progress, baby. .anti_space is proof positive that there's still a place for small-business owners to get established and then make room for the next generation.

Now that Melrose on Seventh has emerged as the 'Who's Who' of CenPho shopping districts, what better way to solidify your status as a killer 'hood than a street festival? And when it comes to neighborhood street festivals, no one does it better than Melrose on Seventh. Recently celebrating its eighth year, this annual festival keeps getting bigger and better. Nowadays, the entire swath of Seventh Avenue between Indian School and Camelback is closed off to make room for the 10,000 or so people who pack the street to join the party. Quirky vendors, food, and, of course, cotton candy are all present and accounted for in the area known as "the curve." Car fans line up to peep the sleek, metal machines in a classic car show, a nod to the street's old-school flair and venerable neighborhood business, Chester's Garage. Kiddies, too, are in the mix as crafts and events were added just for them. We can't forget the bands, either, as the main stage rocks into the night. We can't think of a better way for a neighborhood to signal that it's arrived. 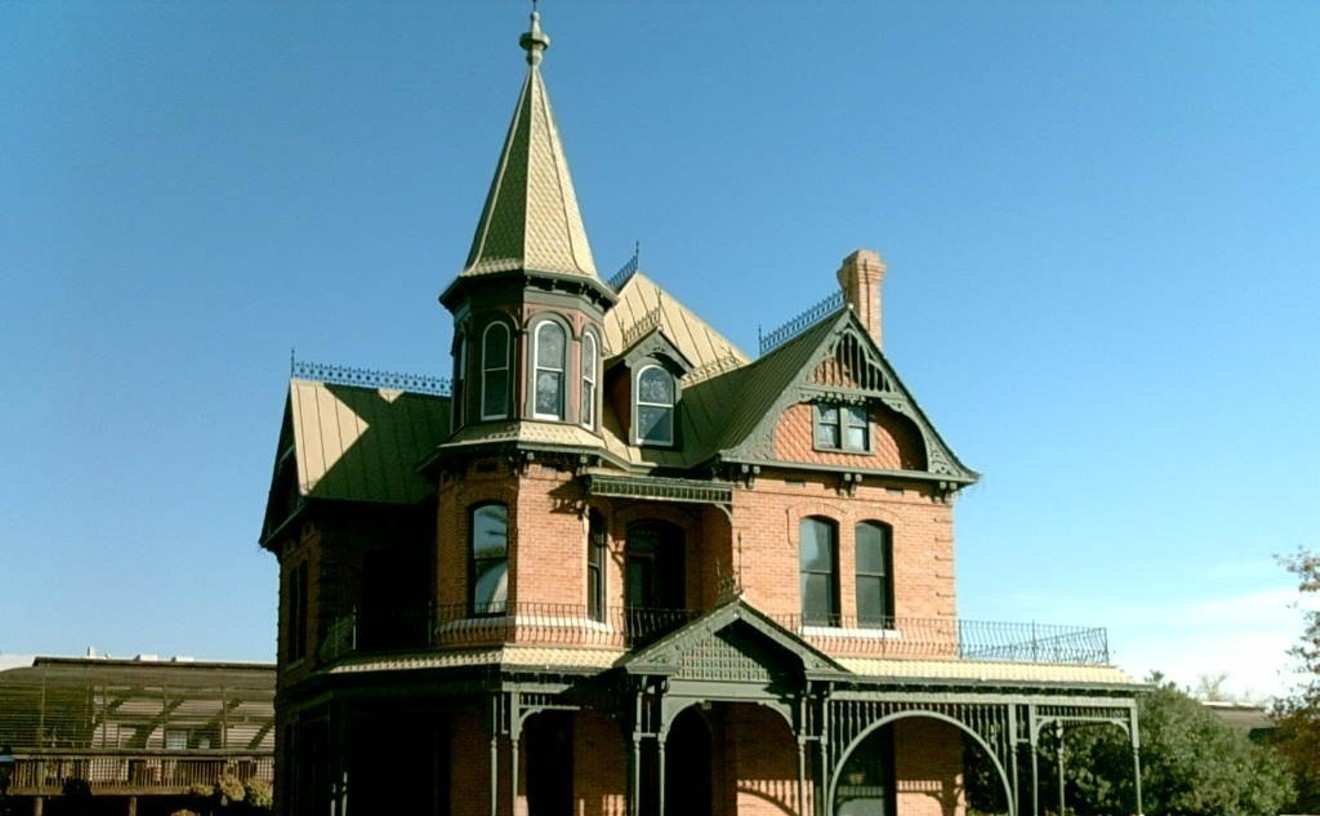 Nothing says spring like a couple of nikku-filled onigiri and a little taiko. Can't understand us? Don't turn on the subtitles, just head to Matsuri for a couple of meat-filled rice balls and a little Japanese drumming. This downtown Phoenix festival celebrates other aspects of Japan, like the humble bento (lunch box) and karaoke (singing like a drunken cow in public). There are also regular tea ceremonies and plenty of Nippon swag to snatch, from kimonos to manga comic books. So cast aside your Godzilla-inspired notions of Japan and gain some culture, gaijin (foreigner).

Perfect spring and fall weather make Arizona an ideal location for music festivals. There's none better than McDowell Mountain Music Festival. Like any other festival, this smallish hippie gathering at WestWorld in Scottsdale draws acts we love (The Flaming Lips) and acts we're not so crazy about (Hasidic reggae star Matisyahu). But no matter who's playing, it's always a great environment. The staff is friendly, the grass on WestWorld's polo grounds (the same sort of setting used for Coachella in California) is soft enough to warrant slipping off your sandals, and the food and drinks are reasonably priced. The New Age-y vendor area is actually an enjoyable diversion, filled with hippie artisans instead of over-tanned girls promoting liquor. Oh, and unlike most other "festivals" in town, there's actually on-site camping available! Music lovers should pencil this festival in for the last weekend of April, even before they know who's playing.

Best Fight for the Right to Paaaaarty

We're not sure why anyone in their right mind would try to go up against Queen Creek's most glamorous farmer's wife, Carrie Schnepf, but some politicians and neighbors did just that earlier this year. Schnepf and her husband, Mark, said they needed to host more concerts in their old cotton fields to keep their family-owned plot, Schnepf Farms, afloat in tough times for agri-tourism. The farm, which is also a peach orchard and pumpkin patch, has been hosting such events since 1994: first, Country Thunder; then, Edgefest. Neighbors — claiming to be upset about the traffic, the noise, and the profane lyrics of rock 'n' roll — decided to oppose the plan, setting up a showdown with Carrie and Mark (who, ironically, is a former mayor of Queen Creek). Attempting to keep the peace, the Schnepfs offered a compromise of only 12 days of concerts a year, earlier end times, and more fencing to keep concertgoers from trespassing, which some of their neighbors still refused. Nevertheless, in a victory we'd like to think Kevin Bacon would approve of, Queen Creek's Town Council unanimously approved the plan.

Not only did former Phoenix Suns star Charles Barkley blow through a stop sign on his way to a blowjob, he actually bragged about the jobber's skills to the cop who pulled him over. Then Barkley supposedly told an employee at the police station that he would tattoo the employee's name on his ass if he could get out of the DUI. Classic. After failing a field sobriety test and pleading guilty to drunk driving, Barkley served a breezy 36 hours in jail and was dubbed a "model inmate" by Sheriff Joe Arpaio. It seems Barkley can't get properly "served" no matter how hard he tries.

Best Way to Avoid a DUI

Here's a dollar figure we'd like to throw out atcha: $6,700. It's the estimated average cost in Arizona these days for getting nailed with a first-time DUI conviction, including a slew of fines, court fees, and payouts to the insurance man. (Ouch!) And now, we've got a substantially lower monetary amount for you: $55, which is the average price of having an employee of Zingo Arizona drive your drunk ass (as well as your car) home safely. A quicker alternative to most cab companies, which tend to get pretty slammed around last call, Zingo's drivers are available from 8 p.m. until 2 a.m., Tuesdays through Saturdays, to ride their portable scooters to drinkeries throughout the East Valley (other areas require an additional fee). Pick-ups are $25 and include the first three miles free, with $3 per mile thereafter (most of their trips are 10 miles or less). Sounds better than forking over a mint to the man or cooling your heels in Tent City, doesn't it, huh? Yeah, we knew you'd agree. 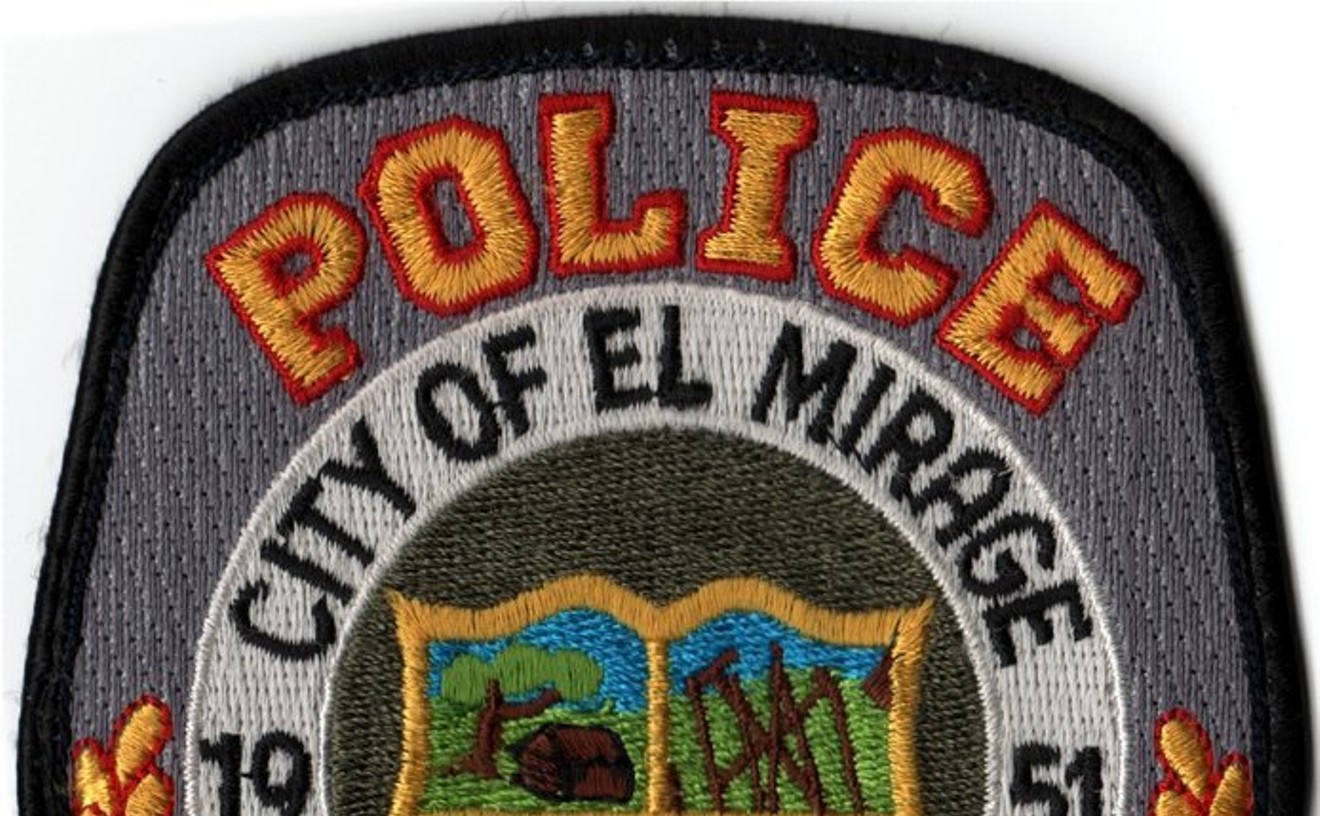 The police department in this tiny (but still growing, even now) town in the far West Valley used to have a reputation among other law enforcement agencies as notably inept, way behind the times, and even, gasp, corrupt. And that was even before the Maricopa County Sheriff's Office contracted to do a lot of the work inside town limits. (That agreement, which ended in 2007, was an expensive mess.) But in late 2007, retired Phoenix assistant police chief Dave Frasier assumed the mantle as El Mirage police chief and brought along two other respected Phoenix police veterans, Bill Louis and Jerry Laird. Their difficult mission: remake a police agency mired (on a good day) in mediocrity. Seems to us that El Mirage is a much safer community these days and, judging by what our prosecutor pals tell us, the department's criminal investigations are light years more professional than they were in the pre-Frasier days. For this, we give thanks.

In other parts of the country, and even the Valley, getting up close and personal with the mayor is limited to pictures in the paper, scathing editorials, and the occasional segment on the nightly news. Thanks to Mayor Phil Gordon's love of coffee and downtown Phoenix — and not to mention the fact that he's one chatty guy — you're invited to join him in a roving monthly coffee klatch. The caffeinated movable feast never sits still, just like the man himself, and we have it on good authority that he often picks up the tab. We're sure this event is enough to give fits to Gordon's staff, since the early-morning mayoral rendezvous tends to lend itself to the kind of informal banter you just won't hear anyplace else. Can you blame the mayor for going off script that early, and before at least one cup of joe? Sure, there's the requisite party pitch about downtown development or the "state of downtown," but insiders know to stick around for the no-holds-barred question-and-answer sessions at the end. If you're cultivating a career in politics, stay around for the meet-and-greet, and create your own photo-op. More than one mover or shaker has realized his or her political ambition here, but it's not all politics. Sometimes you just need a cup of coffee, and if the mayor's buying, it's pretty hard to resist.