Best Place for a Stomach of Steel

This is the place for brave and adventurous eaters. Sure, you can get a standard, wimpy bean taco at Tacos Jalisco, but you can get that anywhere. Tacos Jalisco isn't a cart on the side of the road, but you should plan on a food truck/street taco experience. When you step into Tacos Jalisco, you have entered an arena where bold, unexpected surprises are offered. This restaurant serves brain tacos, spicy goat meat tacos, pickled jalapeo, and platters of oysters. If you are planning a visit, take your heartburn meds first and know you'll be leaving with a smile on your face and a runny nose from the heat. 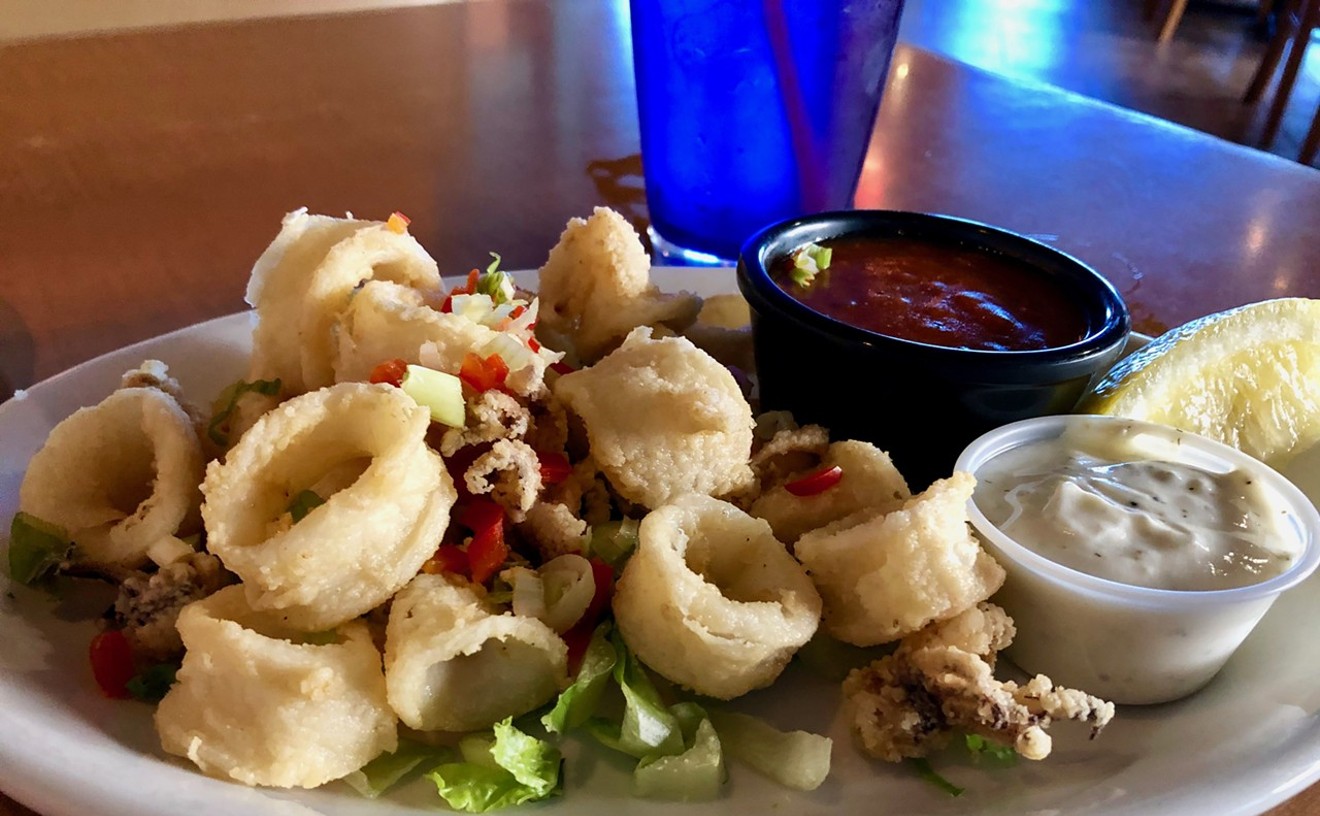 Lauren Cusimano
Initially, we visited Dino's because we'd heard that the lasagna is superb, but we ended up eating half of our dining companion's gyro, because it — like the lasagna at this off-the-beaten-path diner — was so tasty. Order the Gyro Plate, which comes with sides of fingerling potatoes, rice pilaf, and fresh vegetables to accompany a mountain of gyro meat stacked on a huge pita with plenty of tzatziki sauce, made in Dino's kitchen. If the measure of a truly good gyro is its meat, then Dino wins by a mile with a mix of thin-shaved beef and lamb that can be matched with any number of grilled sides and spices. Opa!

Best Way to Eat Your Spinach 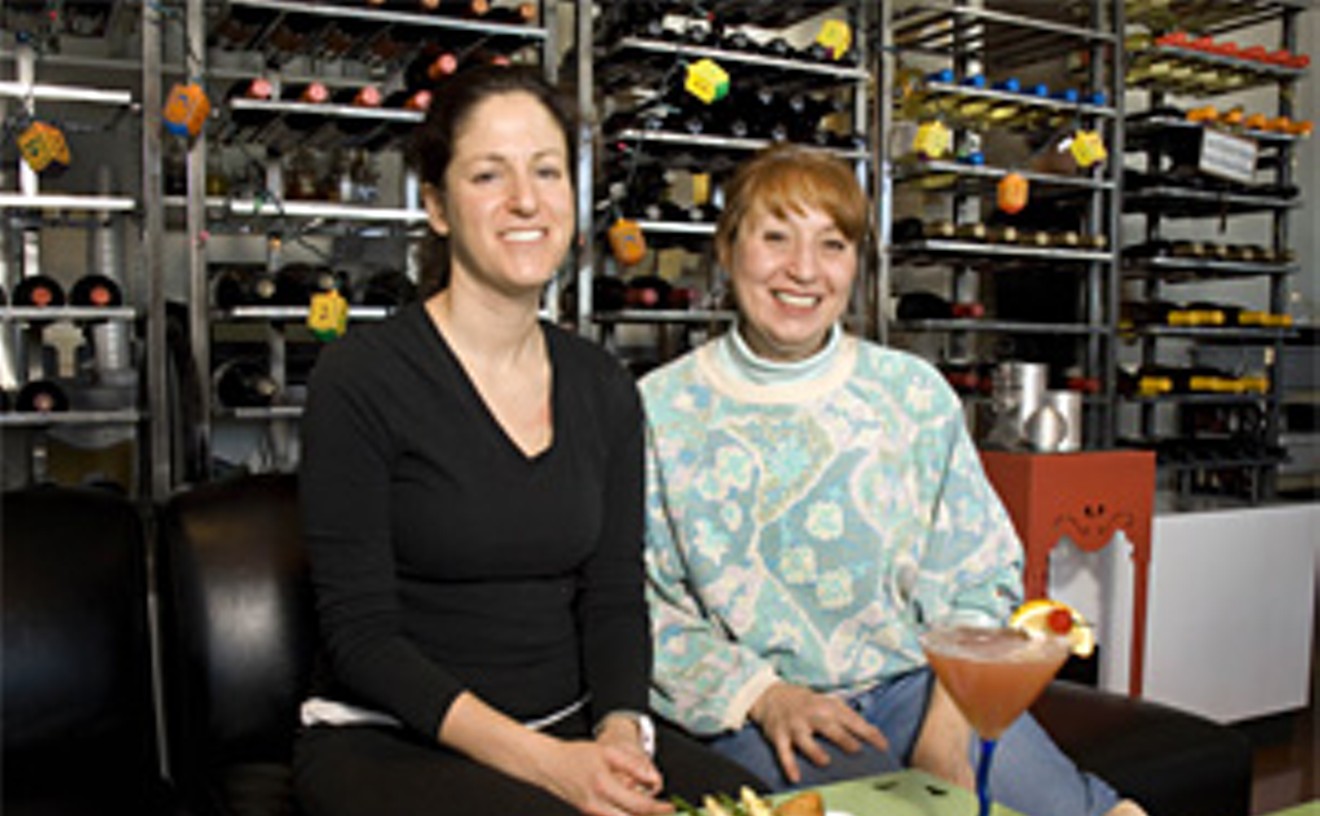 For days (okay, it was really hours) a debate raged in the halls of the New Times building over whether or not Popeye is actually a superhero. "No way. He's a cartoon character!" one colleague pronounced."Are you kidding? He's the original superhero!" another cried, just as adamant. In any case, we think it wise for all of us looking to be super-heroic to eat our super-foods, so we'll share our favorite spot to get a dose of spinach. We prefer it fresh, not canned, thank you very much, served in a big woven bowl at Maizie's Café, a sweet little spot just off the light rail on Central Avenue. Piles of fresh spinach are tossed with sherry vinaigrette, dried cranberries, mandarin oranges, toasted almonds, and goat cheese. Enjoy it with a glass of vino; Maizie's has a fine selection of that, too. Popeye might not approve, but we hear red wine's a super-food, too.

Arnie's is the place to go to stock up on vitamins and herbs that will make you super-strong, to fight off those pesky bugs that try to get your immune system down. This is also the shop to visit to buy in bulk all the healthful stuff you should be eating — like brown rice, oat bran, and flax seed. The sign out front permanently displays an ad that reads, "Oat Bran $2." Arnie's has a refrigerated section filled with tasty and fresh dried fruit (along with some other oddities that may not be as tasty but are darn good for you). When you go, pick up a large jar of the local honey for sale — it's said to help with desert allergies. Arnie's is a small shop as health food stores go, but the personal attention is worth the limited options. And who needs all those choices when the right ones are found here?

We've eaten them all over town, and we can safely say that the super hero that packs the biggest punch is served at Venezia's, where a hot sandwich can make you want to leap over a tall building in a single bound. It's that tasty. All their sandwiches are made with premium Boar's Head meats and cheeses and are served with homemade marinara, Parmigiana, and mozzarella cheese — and a bag of chips. But we think it's the soft, warm, homemade bread that really sets Venezia's sandwiches apart from other contenders. Our favorite is the Sausage, Peppers, and Onion Hero, which is priced at a measly $6.49, even though it tastes like a million bucks' worth of spicy Italian sausage, fried green peppers, and sautéed onions. For lunch or dinner, we think this sandwich is super, man.

Four years ago — fresh out of college — I left the United States and landed on a small island south of Osaka, Japan, where I spent the better part of a year teaching English to children who will grow up to be fishermen, hanging out at way too many Japanese rock shows and eating fabulously good sushi. It was the best time of my life, but it left me with some lingering questions. Questions like what element in human nature drives us to leave behind everything we've ever known, to trade in the comfortable for whatever else is out there, to adventure in foreign lands? Sometimes, you just have to take that journey.

If there is an answer to be had, it may lie within the heart and mind of Phoenix's own Chef Nobuo Fukuda. He took the opposite journey, falling in love with Phoenix four years before I was even born. He found here a place with wide-open spaces full of potential and the chance to build his life the way he wanted it. He left Japan and set up shop here. How can you help respecting the hell out of a person like that?

First, there was Sea Saw restaurant, where Fukuda revolutionized the way Phoenicians thought about and ate high-end sashimi. These days, he's still pushing the envelope of Japanese cuisine at his new restaurant, Nobuo at Teeter House, in downtown's Heritage Square. In a tiny and cramped kitchen, he summons gigantic flavors in his fried soft-shell crab sandwich, his aiolis infused with Japanese chili sauces, and his signature take on sashimi. He regularly exposes Phoenix to something priceless: a taste of another culture. Something I believe we could all use a lot more of. — Jonathan McNamara

New Times web editor Jonathan McNamara would gladly start his life over in Tokyo should the opportunity present itself. He interviewed Fukuda on August 11 at the chef's new restaurant, Nobuo at Teeter House.

When I'm driving, I listen to the radio. Talk radio. Sometimes music. On the way to work I'm thinking about what else I have to do. When I'm coming back from work, it's usually how dinner was. There's a lot of work, work, work in my mind right now. Maybe some day, I won't have to think like that.

To me, Japanese cuisine is different in the United States because Japanese food in Japan . . . there are so many different kinds everywhere from high-end to street food to home-cooked to country-style. However, in the U.S., there is usually only one kind — like sushi, tempura, teriyaki, something like this. Very limited. I think in the near future, there will be more variety of Japanese cooking. In New York, different styles of ramen are popular now.

I don't like eating anything I have high expectations for and it doesn't live up. It's that I have such a small stomach. It could be anything, but it should be good enough to use up my time and stomach.

My challenge is it's very hard to get ingredients; especially seafood. Fortunately with vegetables, a lot of local farms are starting to get in more and more and work with us.

If I weren't cooking I'd probably go back to the mountain. I was on a ski patrol for 10 or 12 years.

Without my hands I'd be devastated.

My hero is Bruce Lee? At the age I was watching his movies, I was like, "He is a god."

Before bed I always drink.