Spawn creator Todd McFarlane's shop may be filled with toys, but the target is most certainly not your 5-year-old. Though you'll find kid-friendly throwbacks like My Little Pony here, the store mainly offers collectible sports figures (look for quarterback Kurt Warner's figurine later this year!) and twisted toys from the bizarre mind of its namesake. We've spotted everything from detailed, life-like action figures of American soldiers to characters from Halo and Nightmare on Elm Street. McFarlane even carries a three-pack of femme fatales featuring a bound, blindfolded, and very buxom S&M version of Dorothy from The Wizard of Oz in a barely-there leather bustier and a dominatrix version of Little Red Riding Hood with the butchered remains of a wolf. Yep, once you walk into McFarlane, you're definitely not in Kansas anymore.

Why do you go to comic conventions? Are you seeking back issues? Do you want to trade trivia? If you're handy with a pair of scissors or know what aqua resin is, we're guessing you're a cosplayer. Cosplay (short for costume play) involves dressing up like your favorite comic book/ sci-fi /anime character and parading around to show off your handmade duds. The best place for aspiring cosplayers to get their start here in the Valley is at Samurai Comics. Whether you want to sneak through the trees as a Kohaku ninja or sail the seven seas as a member of the One Piece crew, you'll find all your cosplaying accessories here. 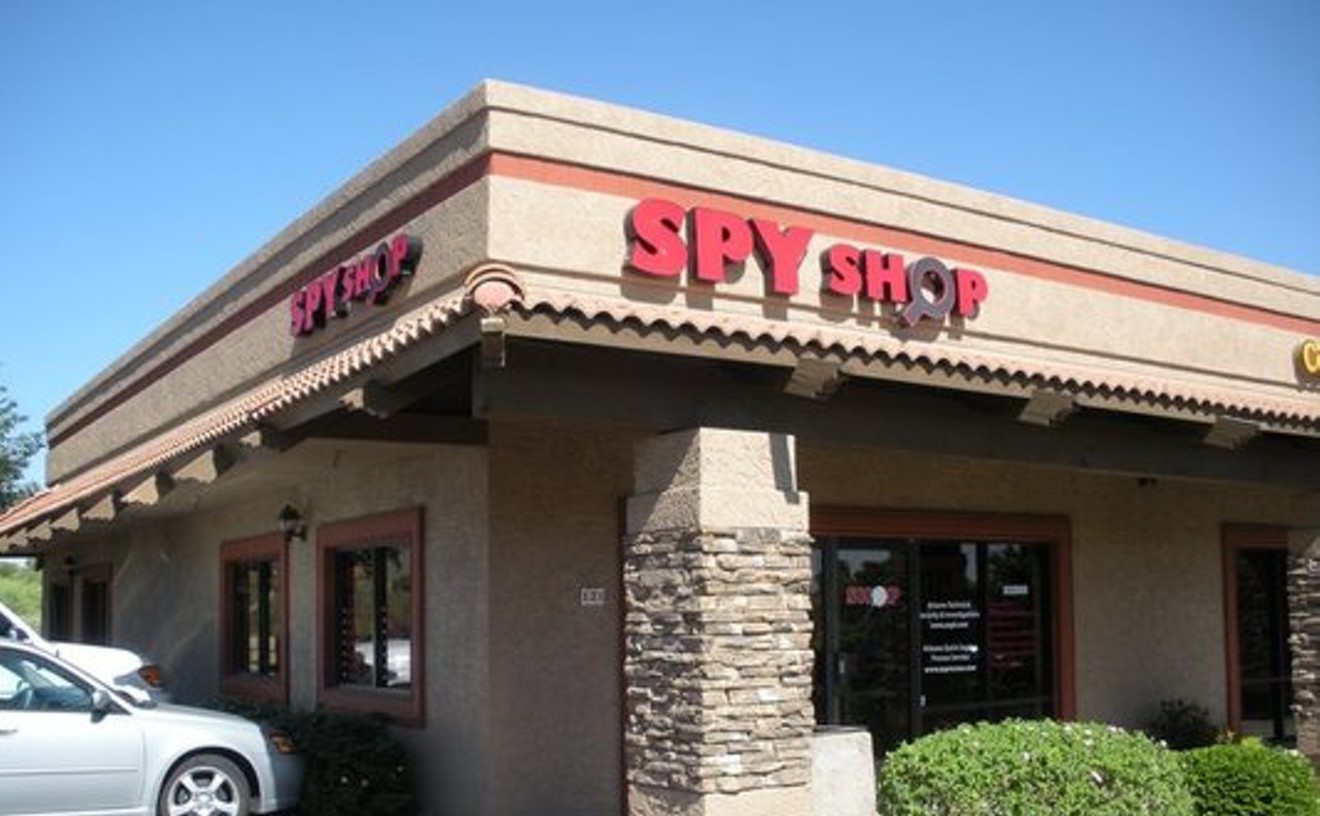 Batman would be nothing without his gadgets. Though you won't find any bat-shaped boomerangs or bat spray shark repellent at Spy Headquarters, they've got the next best things. Bear repellent. Grappling hooks. A hidden wall safe. There's even a portable lie detector so you know when your spouses, kids, or archenemies are telling the truth. We especially love the book selection at Spy Headquarters (though we can't imagine what decent, law-abiding citizen would need to know how to escape from handcuffs, spy on a neighbor, or collect money using shady and sometimes brutal techniques). Blame it on the owner's firm belief that the flow of information should never be restricted, despite the probability that it could be used to commit a crime. Remember: With nanny cams, Tasers, and lock-picking instructions come great responsibility. 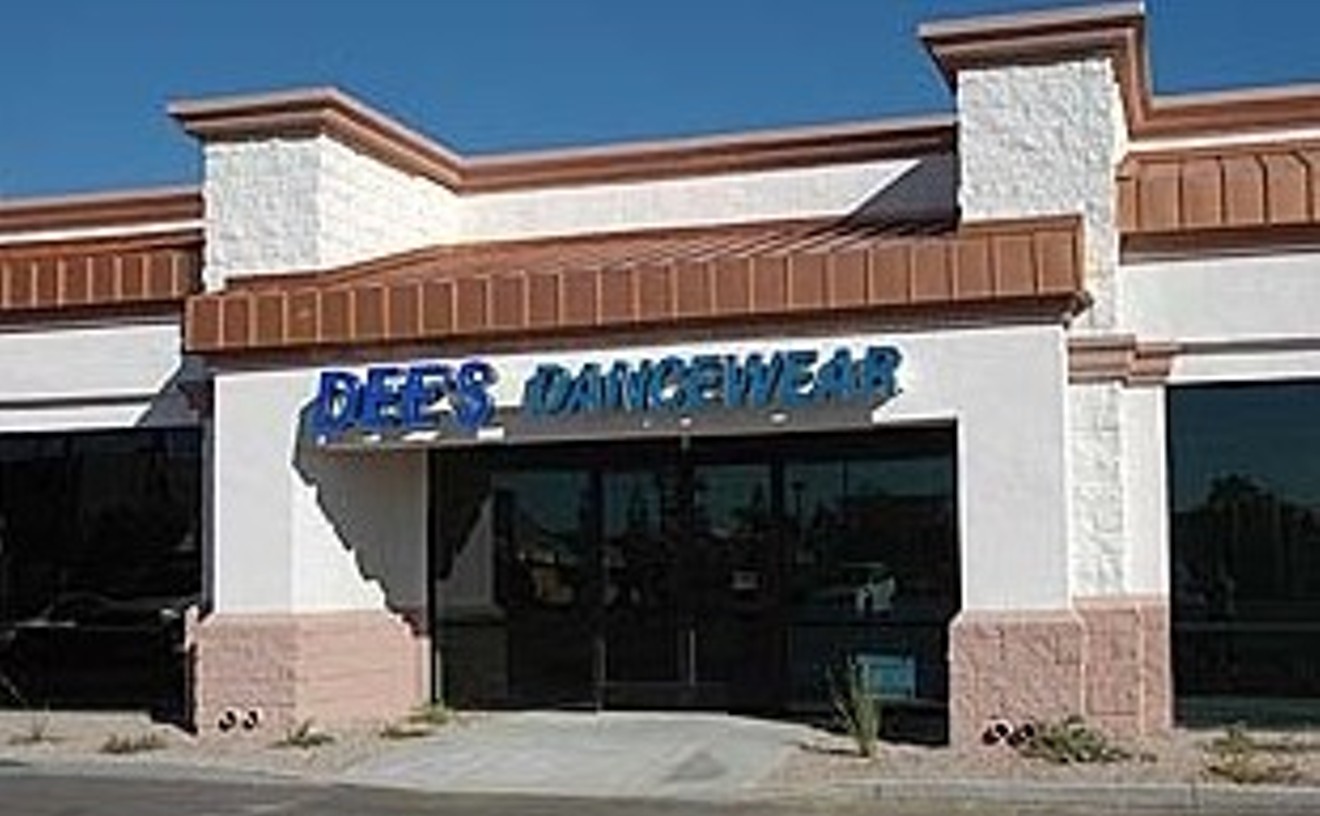 Blame Stan Lee — it seems that, regardless of gender, you can't be a superhero unless you wear spandex tights or the dreaded unitard. If your heroic alter ego is willing to suck up his or her pride and suck in the gut, Dee's Dancewear is the best place in town to score some seriously shiny spandex. The store regularly stocks Lycra tights and bodysuits in traditional shades of beige, blue, and black and can special order more vibrant colors if they don't have them in stock. There's also a nice selection of velvet skating outfits that could be transformed into superhero costumes with the addition of shaped craft felt and a pair of tights. Just be forewarned that actor Tobey Maguire as Spider-Man in the recent flicks was definitely speaking the truth when he complained his spandex suit was riding up in the crotch. Ouch! 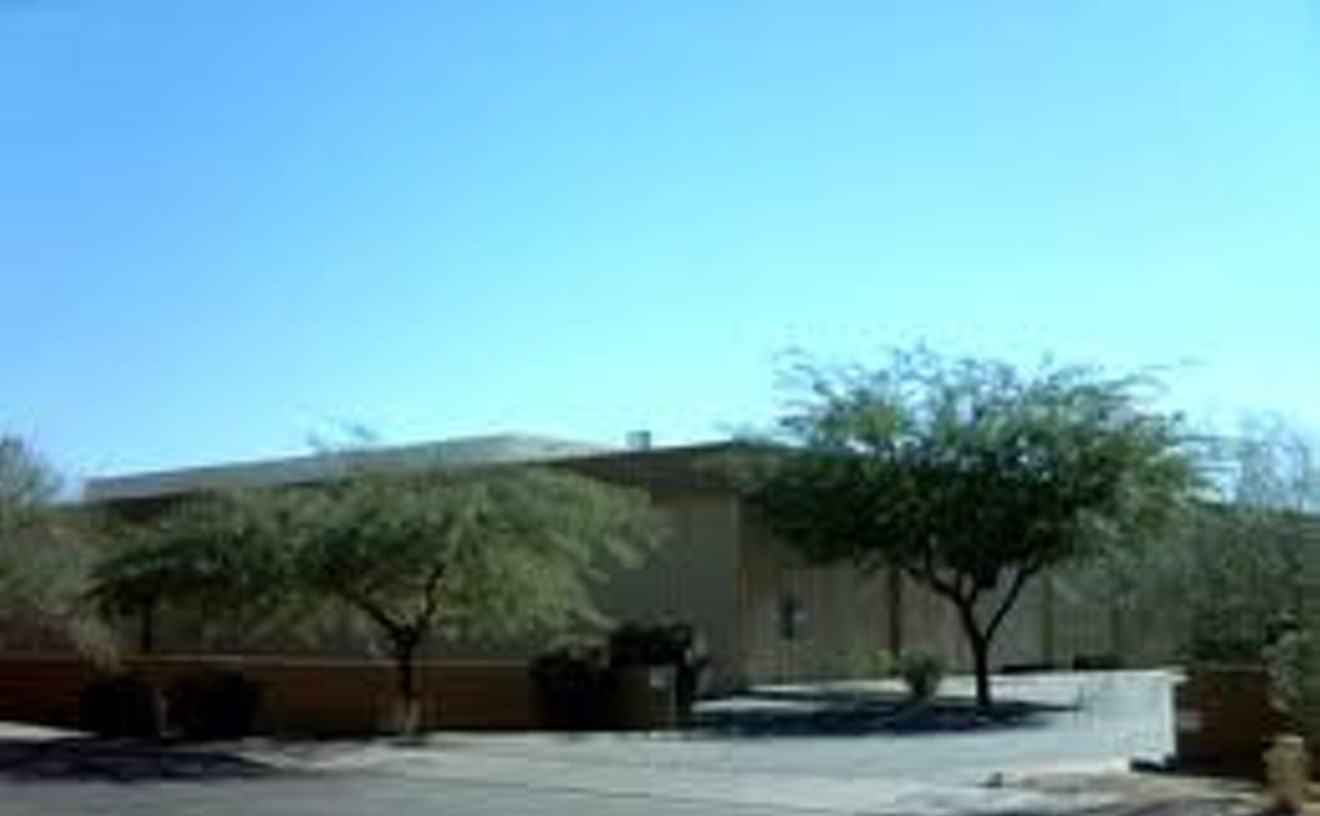 It's easy to find a Roman breastplate or a medieval helmet in Phoenix if you don't mind the plastic costume version. On the other hand, if you actually want to suit up in real metal armor and whack the crap out of your fellow man with padded sticks, there's only one place to go: Windrose Armoury. Located in a garage at a Tempe industrial complex, this full-scale forge designs and manufactures wearable steel and leather armor based on historical pieces. Windrose carries a wide range of sword hilts, helmets, gorgets (neck protection), and shields. Don't expect to find an Iron Man or Xena outfit here. Most Windrose clients belong to local re-enactment or martial arts groups. But if you've got 400 bucks for a helmet or a grand or so for an articulated partial suit of armor, you can still have the sweetest Halloween costume on the block.

Best Shopping on the Dark Side

It's difficult being a trendsetter when you're stuck smack dab in the middle of Conservative Central, a.k.a. Mesa, Arizona. Maybe they're protected by dark forces — or the ghosts rumored to be lurking in the historic building's basement — but somehow owner Bob Leeper and his family have managed to make a gothic fantasy collectible shop the centerpiece of downtown Mesa's retail district. The store carries action figures, new and recycled clothing, steampunk jewelry from local artists, and rave-worthy fuzzy legwarmers crafted by the owners' daughter, Amanda Tucker. Evermore Nevermore's funky craft classes on how to make cigar-box purses and Cthulhu toys never get dull. And we dig the fashion shows featuring El Vaquero Muerto, whose tooled leather pasties and chaps leave little to the imagination. Despite the holy hell raised over such issues as the former Nile Theater's goth crowd defying Mesa's unwritten "close up at sunset and die" law, Evermore Nevermore has managed to subtly lure Mesa over toward the dark side, where we hope they stay.

A few years ago, an original Batman Forever Batmobile sold for $297,000 at auction. Problem is, it's just a movie prop. No bulletproof glass. No fancy toys. No armored panels. If your budding superhero self really wants to cruise in the safest possible ride, check out the Armored Group's selection of new and used vehicles. We love the ease with which you can score a Mercedes S550 with armor plating and killer Harman Kardon surround-sound system, a former check-cashing truck, or a CopperHead military transport vehicle, if you've got the dough. The Armored Group's largest customer base is SWAT units and cash transport businesses, but the company will build custom armored cars for private owners without asking pesky questions — so your secret identity can remain a secret.

Best Cab Company If You Wanna Get Dirty

As our bank accounts can attest, a night out on the town is sometimes an expensive endeavor. Even with bar and club owners slashing drink prices and jazzing up their happy hours these days, cash always gets a little scarce by the end of the evening. While pragmatism would suggest perhaps cutting back on drinking (eff that) or even becoming more of a homebody (ditto), we've got a third option: an evening of lowbrow boozing at some of our city's sleaziest (and therefore cheapest) dive bars. To get there, we're calling this independently owned taxi service, as its drivers charge approximately 80 percent less than most of their more-corporate competitors ($2.50 for a flag drop, $1.50 per mile). And after crawling into one of its low-rent livery cabs, you'll see why. Sunrise's fleet consists of old Crown Vic cop cruisers and other surplus municipal sedans, each in varying degrees of defilement (some cars are relatively pristine; others look like the shit-heap you drove in high school). Everything's in working order, however, and drivers are both punctual and polite, even if they're seemingly all chain-smokers. Since you're probably getting home smelling like an ashtray anyway, it's all good. In a city that defines a style iconoclast as a woman who dares to mix separates from Banana Republic with accessories from Forever 21, Beatrice Moore is a true original. I doubt she's ever been in a mall or had her hair done, but you would not believe the cool shit she finds in Sun City West thrift stores. And if you don't like her plastic beaded necklace or her perfectly mismatched floral ensemble or her penchant for vintage craft supplies, she truly does not care.

She is my hero.

Moore's been snatching up properties along Grand Avenue for years, but I'm less interested in what she's done as a landlord (which is somewhat contentious, depending on which member of the arts community you ask) than the vibrant colors she's painted her buildings.

If you've never seen them, get yourself over to Grand and Seventh avenues during daylight hours, and head northwest on that oddly diagonal street. Pass La Melgosa (1023 Grand), Bragg's Pie Factory (1301 Grand), and, finally, hit the piece de resistance, Kooky Krafts (1500 Grand).

Kooky Krafts is no paint-by-numbers kit. Moore is an accomplished "fine artist" — a painter. But her crafts are just as important, she says, and she considers them art. It's easy to see why when you peruse the dozens of bump chenille wreaths lining the pastel-striped walls of her craft store. For the uninitiated, bump chenille looks like thick, bumpy pipe cleaners, in colors no longer manufactured, much to Moore's chagrin. She sells the wreaths for a lot of money, mainly because she hates to see them go out the door.

There's a nook with vintage craft books that Moore intends as a library for patrons, and bags of supplies for sale — everything from plastic clown faces to vintage pompons to German painted mushrooms — much of the wares from two recently defunct old-school craft warehouses, Diane Ribbon and Notion in Phoenix and Zim's in Salt Lake City.

In the back of the store, Moore's set up shop to make "cakes" — intricate, multi-stacked fake confections made of modeling supplies, festooned with vintage plastic clowns and other party decorations. Years ago, she obsessed over the cake creations — showed them in the Stop 'n' Look storefront at La Melgosa — and lately she's had the urge to pick up the faux icing bag again.

Perfect timing! I tell her — cake is huge right now. I mention the cake shows on cable TV, the bakeries popping up around town, the decorating classes being offered.

Moore just looks at me. She has no idea what I'm talking about, and that is why I love her. — Amy Silverman

I live in Phoenix because it's somewhat isolated from, like, the hip scene — and I've always liked that. And it's in the desert and it's got sort of this isolation and it's different than anywhere else.

When I was a kid, I wanted to be an artist and be in the art scene . . . I was always drawing or painting, working with chalk, making things out of clay.

When I'm driving, I want to get from one place to the other.

Phoenix could use more historic buildings that have been preserved and adaptively reused.

Phoenix could use less of the high-rise kind of development — for instance, what we're seeing with Cityscape going in downtown right now. When I saw that project, I was totally shocked at how bad it is.

My color palate is inspired by my early years in Mexico.

My hero is . . . I don't really walk around thinking that I have a hero in my life, but I do respect and admire a lot of people, including my partner, Tony.

Before bed I always read the paper.