D. Scott Withers did the unthinkable: He trumped Divine. In Phoenix Theatre's Hairspray: The Musical last December, he created an all-new take on the late cross-dressing actor who first played Edna Turnblad in John Waters' Hairspray, the movie on which this Tony winner is based. Withers' Edna was an entirely new creation, one that may not have eclipsed Harvey Fierstein's Edna on Broadway, but that was so delightful to watch, audiences hollered for more. The actor, trussed up in a giant housedress and what appeared to be a girdle full of galoshes, consumed a stage crammed with cool choreography and energetic performances with the conviction and good humor he brings to all his performances. In a popular musical satire about small-town wholesomeness under siege, his frumpy housewife was a stunning spectacle. 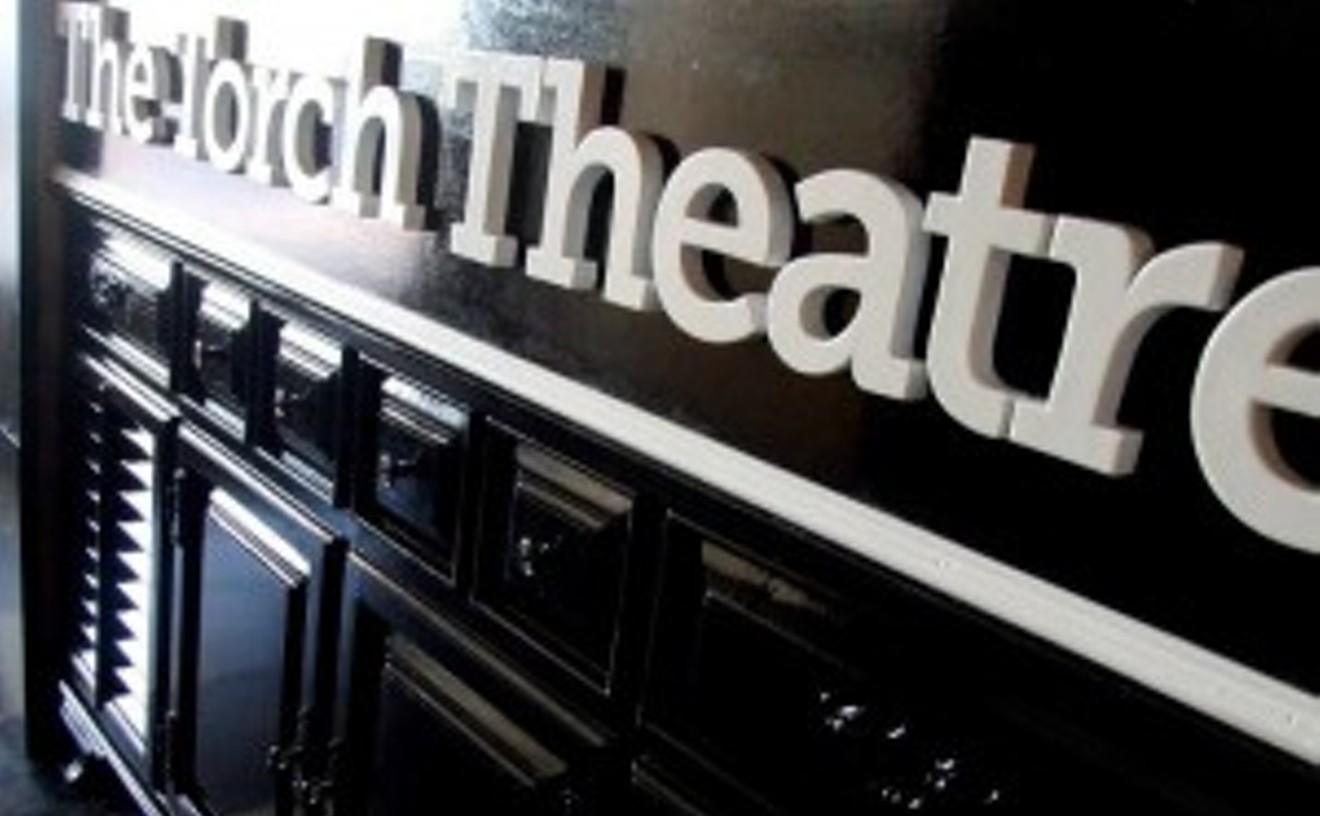 The improvisers who make up The Torch Theatre prove comedy isn't just about making you laugh — it's about making you think. The actors take a theatrical approach to their on-the-spot scenes, injecting emotion and strong characters into the humorous vignettes inspired by audience suggestions. They've been doing it for more than a decade, and now after four years as The Torch Theatre, the group opened up their very own theater in Central Phoenix, the first one dedicated to long-form improv in Arizona. The Torch's passion for the improv community goes beyond acting on the stage, as the actors' efforts in spreading improv throughout the Valley include putting on events such as the Phoenix Improv Festival, hosting tournaments, and offering classes, when they're not performing weekly shows. Now that's applause-worthy.

Ballet eludes us, and we don't think we really dig jazz or tap or interpretive dance, either. But we're feeling braver about checking into these and other forms of dance, because CONDER/Dance combines these traditional forms in such quirky, entertaining performances, and now our interest is piqued about dance in general. Most contemporary dance companies leave us confused (were we supposed to like what we just saw?) or like dunces (would we have enjoyed that more if we knew who Martha Graham is?), but we leave CONDER/Dance events nothing but entertained. In their spring show, The Comfort of Strangers, founder and choreographer Carley Conder fused rock 'n' roll performances by Elvis Presley with the music of Glenn Gould and folded this odd pairing with humorous, engaging routines involving powdered-wigged women dressed as Marie Antoinette. Cool! Our only complaint about CONDER/Dance is that they don't stage dance shows more often. 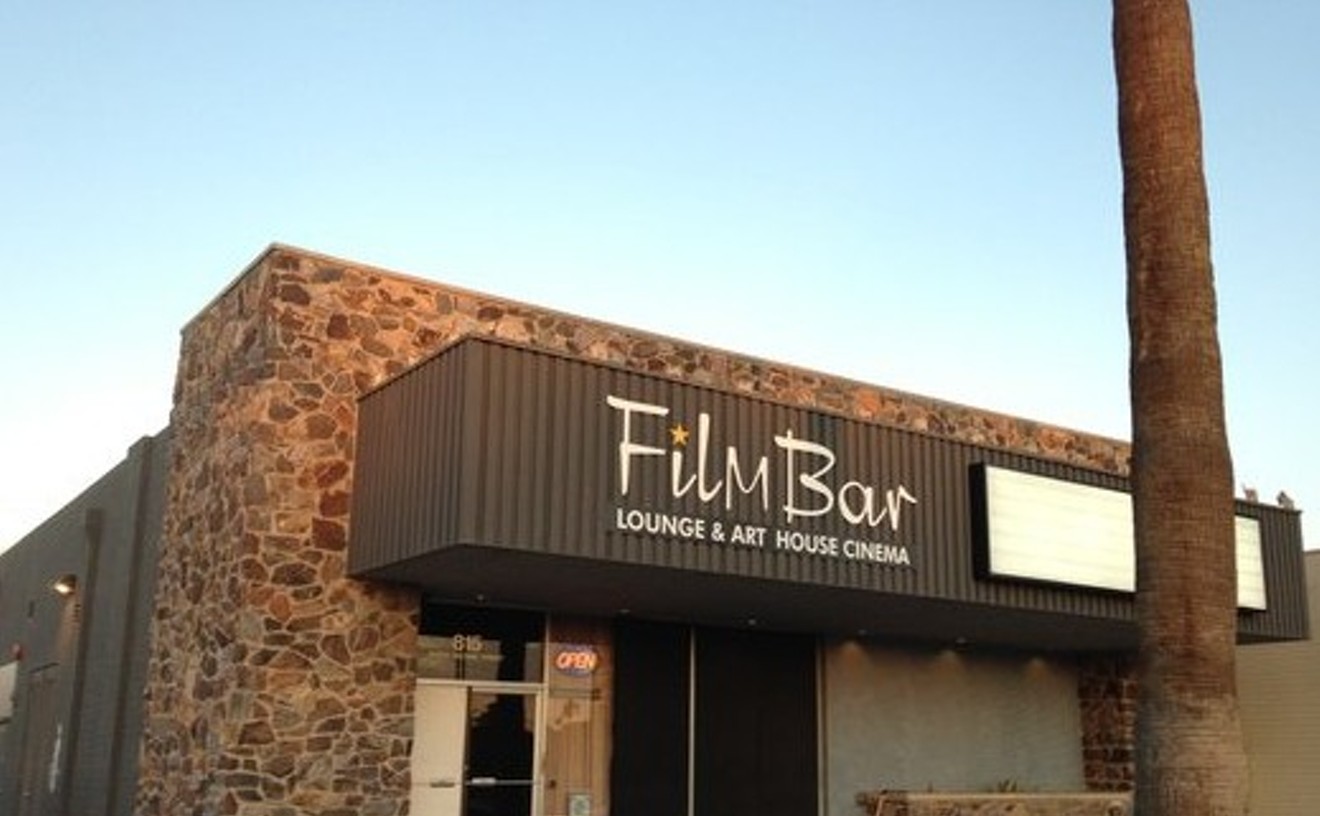 Somebody, quick, pinch us! We can't believe our dream (well, one of our dreams) has come true. Phoenix has its own indie movie theater. With a bar. And it's downtown, right off Roosevelt Row, making it one more piece of the puzzle in what may eventually come to be a real city instead of a few scattered outposts of cool. On a recent First Friday, the place was packed with folks drinking, chatting, and people-watching. You don't have to buy a movie ticket to come in the door, but trust us, you're going to want to — the line-up is pretty remarkable, everything from a documentary about Keith Haring (complete with presentation by local history buff Marshall Shore) to one called Automorphosis (about the art car movement), with plenty of indie dramas and comedies mixed in. This is the stuff real cities are made of. Thank you, Kelly Aubrey. 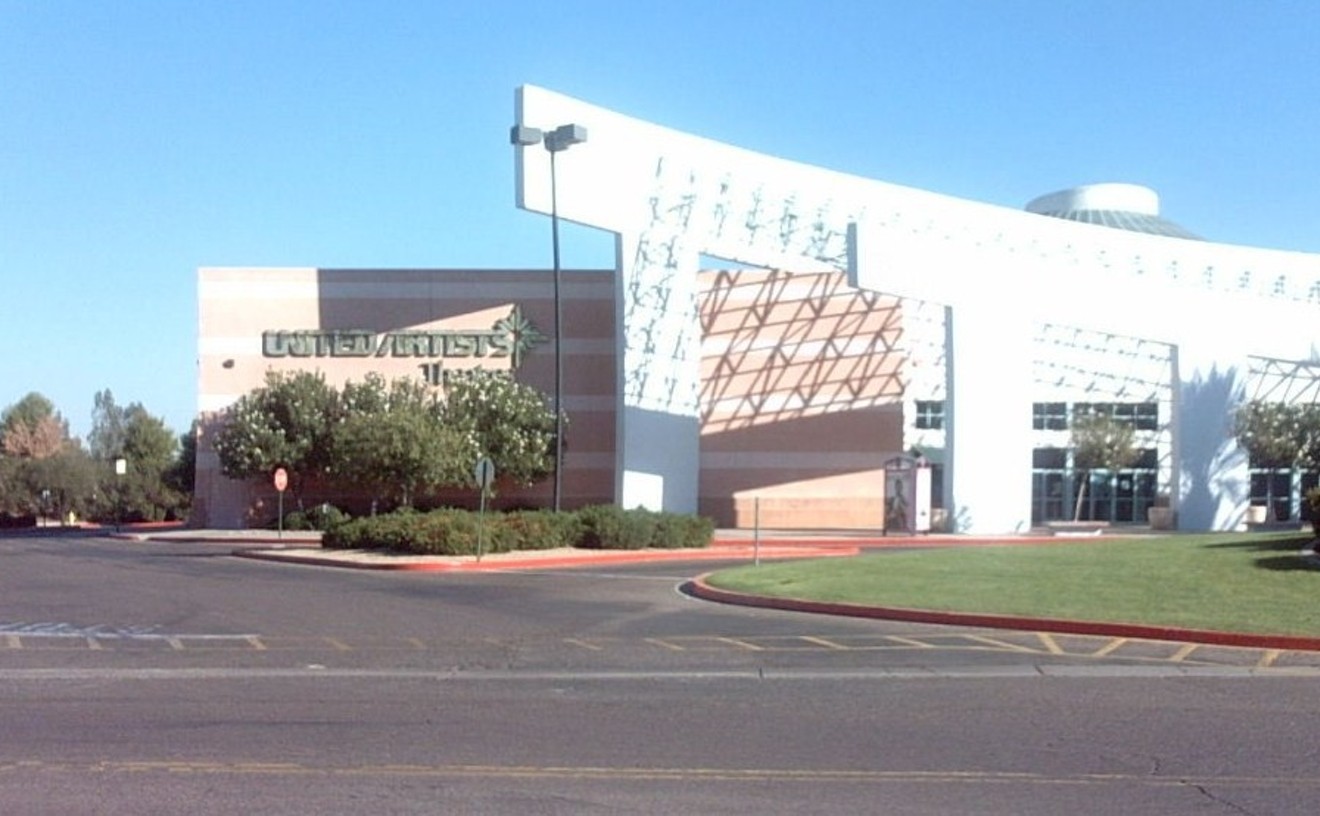 With the economy the way it's been for a while (read: lousy), we wondered aloud about the possible bad timing when this high-dollar movie joint opened at the Scottsdale Quarter. But we gave it a shot one night and got hooked. It's like being on a first-class flight, what with the comfy suede recliner seats, even a pillow and blanket if you wish. The food — we had chicken-salad wraps, Maytag blue cheese chips, and a couple of glasses of a good red wine as we awaited the start of the main feature. The service was impeccable, almost freakishly so, and we don't mind that for a sec. Endless boxes of fresh popcorn were there for the asking, part of the $25 fee for the evening's entertainment (that's for the most expensive seats). As for the movie that night? Don't have a clue what we saw. But we did have a heck of a time, and you will, too. 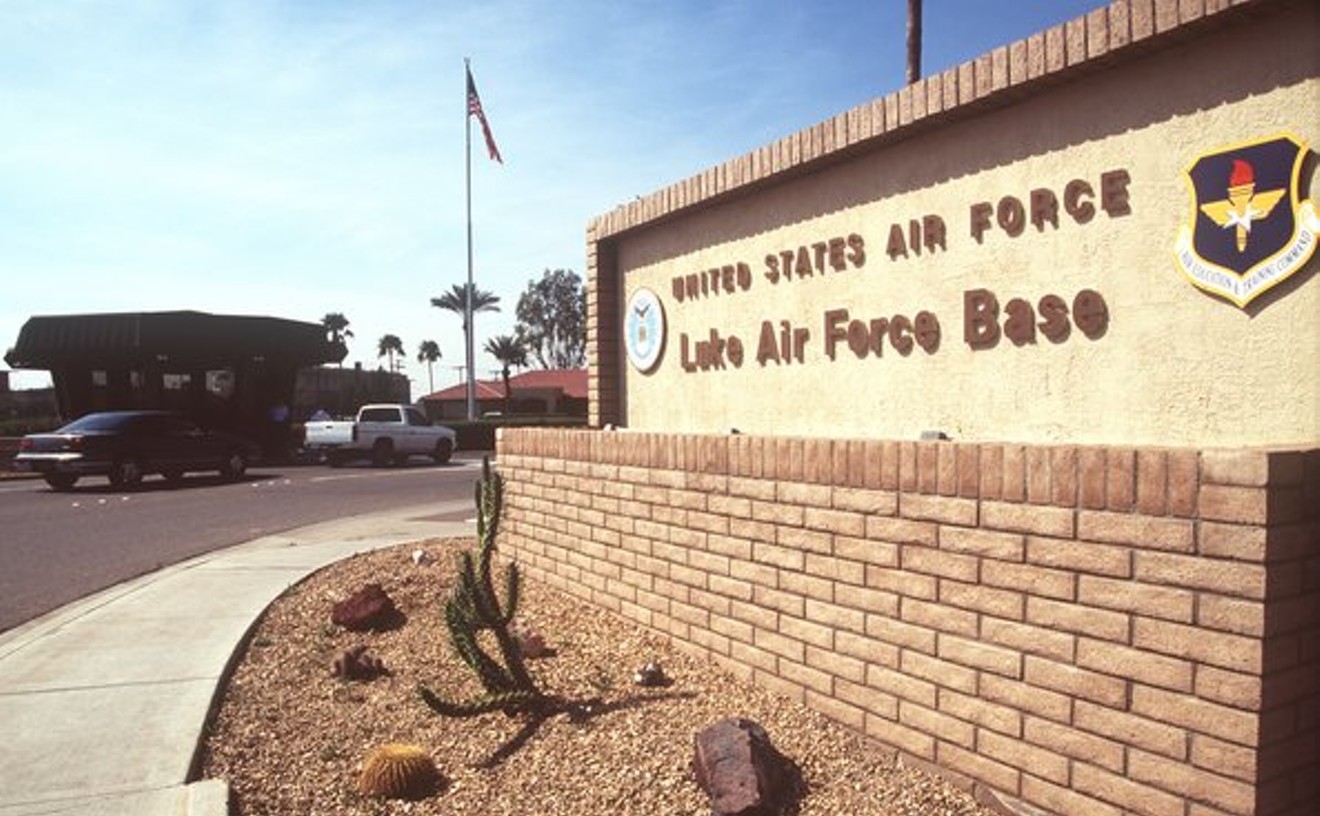 Admit it. You've said it; we've all said it: "Well, time to go back to the salt mines." But did you know there is an actual working salt mine here in metropolitan Phoenix? It's true: An enormous salt deposit — we're talking 15 to 30 cubic miles of salt — makes up the Luke Salt Body, which runs under the facility. Hundreds of years' worth of salt! Salt production began at the facility in 1969 by the Southwest Salt Company, but the joint has been owned and operated by Morton Salt since 1985. There is no blasting here; the facility produces solar salt using a solution mining method, in which salt is pumped out of the ground by injecting water through a series of pipes that dissolves the salt (creating brine) and brings it up to the surface and into a solar pond. Arizona's intense sun evaporates water from the brine, causing salt crystals to form. The almost-pure salt is stockpiled in impressive tall white peaks. But don't expect it to end up on your lunch. This is not your average "when it rains it pours" table salt — about two-thirds of the salt produced at the Glendale plant is used for water-softening products, distributed throughout Arizona and Southern California.

Harder to find than a shaded parking space in July, the Phoenix basement is a rarity. The story goes that, because the ground here is typically so hard, digging into it is costly and difficult. (In colder parts of the country, the foundation of a house is set below the frost line; digging a few more feet to provide room for a basement is a snap.)

Whatever the reason, few homes in the Valley have basements. And, for people with a tendency to hoard, like New Times contributor Robrt Pela, that may be a good thing. Because, as he tells us, it's easier to pile up crap if you have a giant hole in the ground under your house, where no one can see the neatly arranged rows of Rubbermaid boxes filled with stuff that you're certain you'll need someday.

"Not that I would know. I mean, sure, my basement contains several dozen boxes filled with the stuff I use to make assemblage pieces for the occasional art exhibit. And, yes, I do have, down there tucked just behind the furnace, an entire set of vintage Melmac dinnerware, service for 12, still in its original packaging. And seven boxes of old Tiger Beats and Esquires and Archie Comics titles. And 15 packing crates filled with books that I read and didn't like but that, if I ever find the time, I plan to take to Bookmans to trade for store credit. And four coffin-size containers of carefully wrapped paintings and contemporary art that I don't have room for upstairs on the walls of my house. Also three pieces of matching luggage and an electric fan that doesn't work but is too cute to throw out.

"In the Midwest, where I hail from, people actually live in their basements. There's usually a wet bar down there and maybe a tiny kitchen and always a sofa that leaks its stuffing a little but is perfectly good for sitting on while watching television. But this is Phoenix, and my basement is what is referred to as "unfinished," which means it's a great place to put things so that my house remains tidy and doesn't look like an episode of Hoarding: Buried Alive. Which is a show that wouldn't exist if everyone had a basement."

There is only one way to describe the lobby of Pollack Tempe Cinemas: jacked-up. Michael Pollack (you might recognize his name, since it's on practically every strip mall from here to Tucson) has a big, odd collection of movie memorabilia and life-size figures, and it's on display for all to see. If you can get past it, you'll also get to see not-quite-new-releases at bargain prices — just $3, and $2 on Tuesdays. You can't beat that. Be sure to bring cash, because Pollack Tempe Cinemas doesn't take plastic and their ATM doesn't always work. But the A/C's cranked low, the seats are comfy, and you can't see Pollack's collection from the theater, just a nice, entertaining movie. 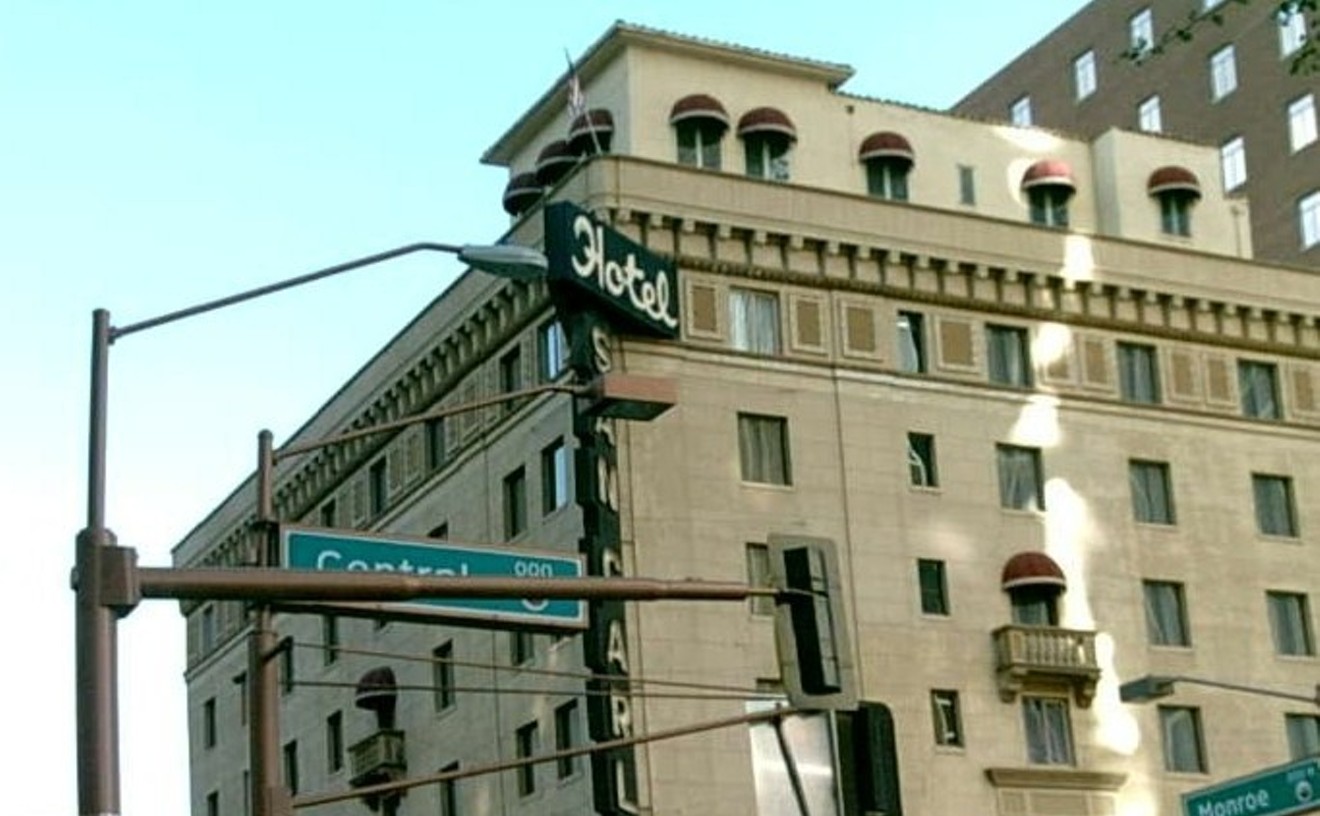 From the rooms named after famous former guests like Marilyn Monroe and Humphrey Bogart to the Hollywood-style stars embedded in the exterior sidewalk, the Hotel San Carlos is proud of its past. But these days, the 83-year-old landmark in downtown Phoenix is probably best known for the various guests who may have checked out — but never really left. Yes, this hotel is a hotbed of haunted apparitions, including the ghost of a heartbroken young woman who jumped (or was pushed) from the roof while dressed in a full evening gown mere weeks after the grand opening. Then there's the basement, which features water wells dating back to 1874, when the site was home to Phoenix's first school house (and supposedly a sacred Native American watering hole before that). Which might explain why many guests report hearing the sounds of children playing in the basement, or even creepier, their screams echoing out of the well shafts.

The flicks that Dr. Zombie screens at his occasional Movie Lab of Terror aren't actually scary. It's tough to get terrified by old-school movies like The Brain That Wouldn't Die, The Evil Brain from Outer Space, and Santa Claus Conquers the Martians when we live in an era of ultra-dark, violent and disturbing cinema. But modern horror is rarely as much fun as the B-movie stuff, and Dr. Zombie taps into the rich tradition of Elvira, Vampira, and Morgus the Magnificent as he showcases his titles with an over-the-top, campy glee. He boasts a lot about his plans for world domination, but his reality is far less sinister, tapping into a time when scary movies were more about suspending disbelief and having a real killer, ghoulish time.