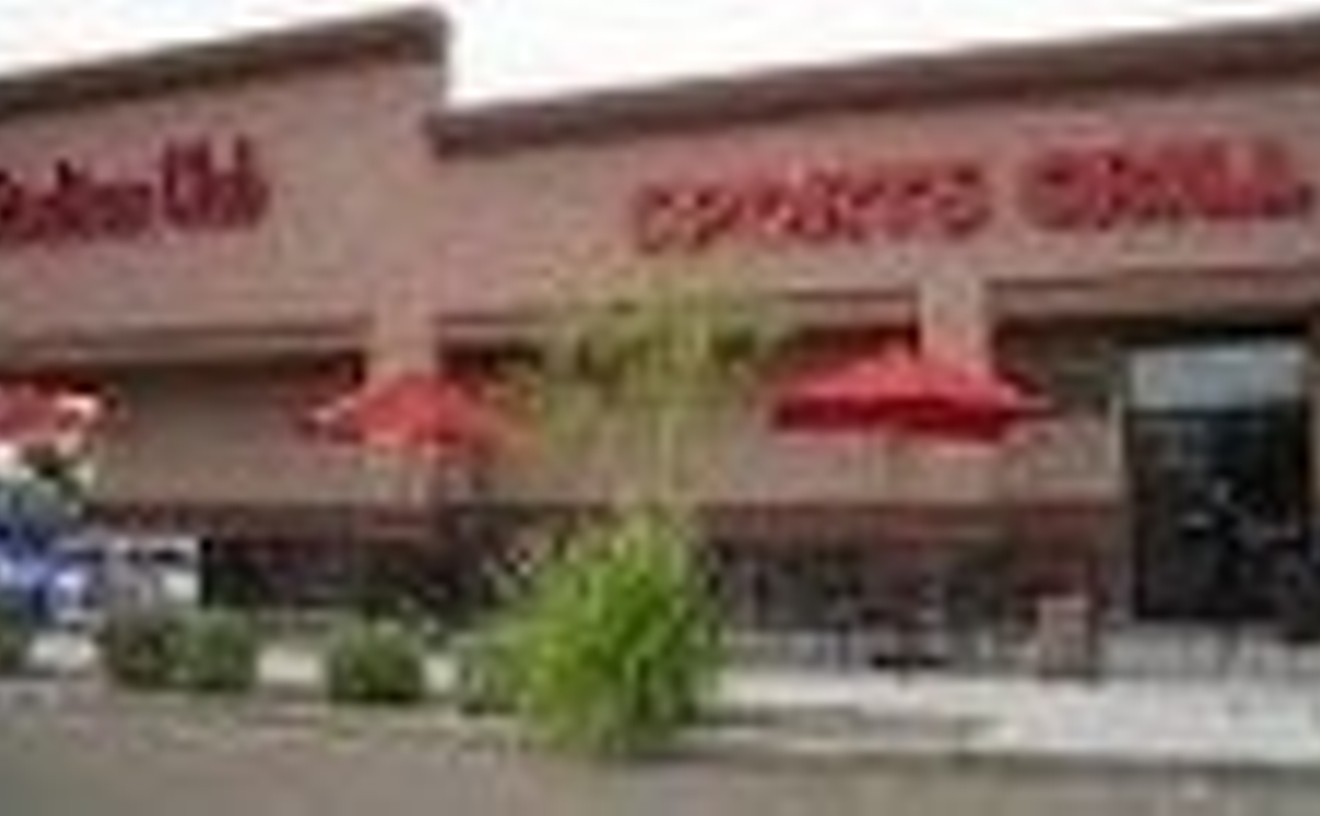 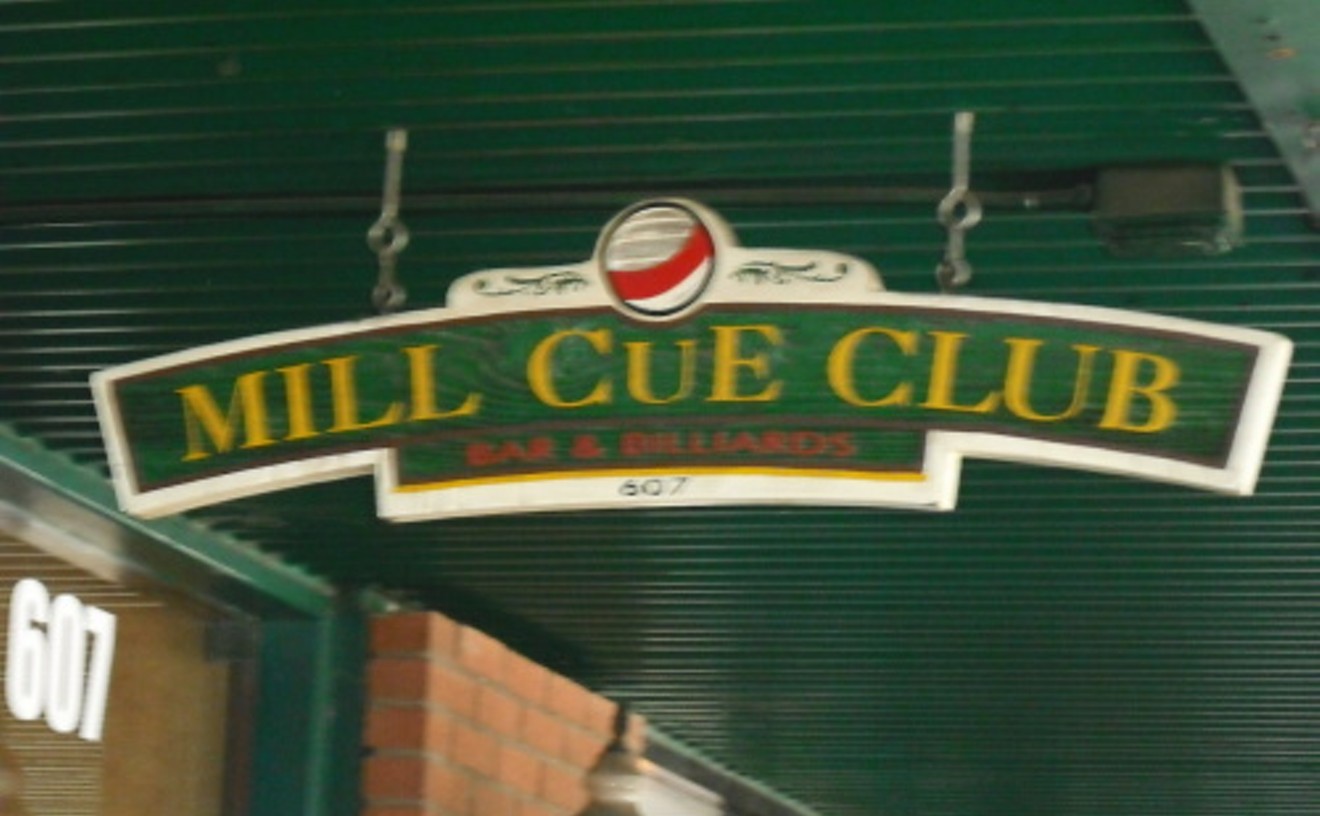 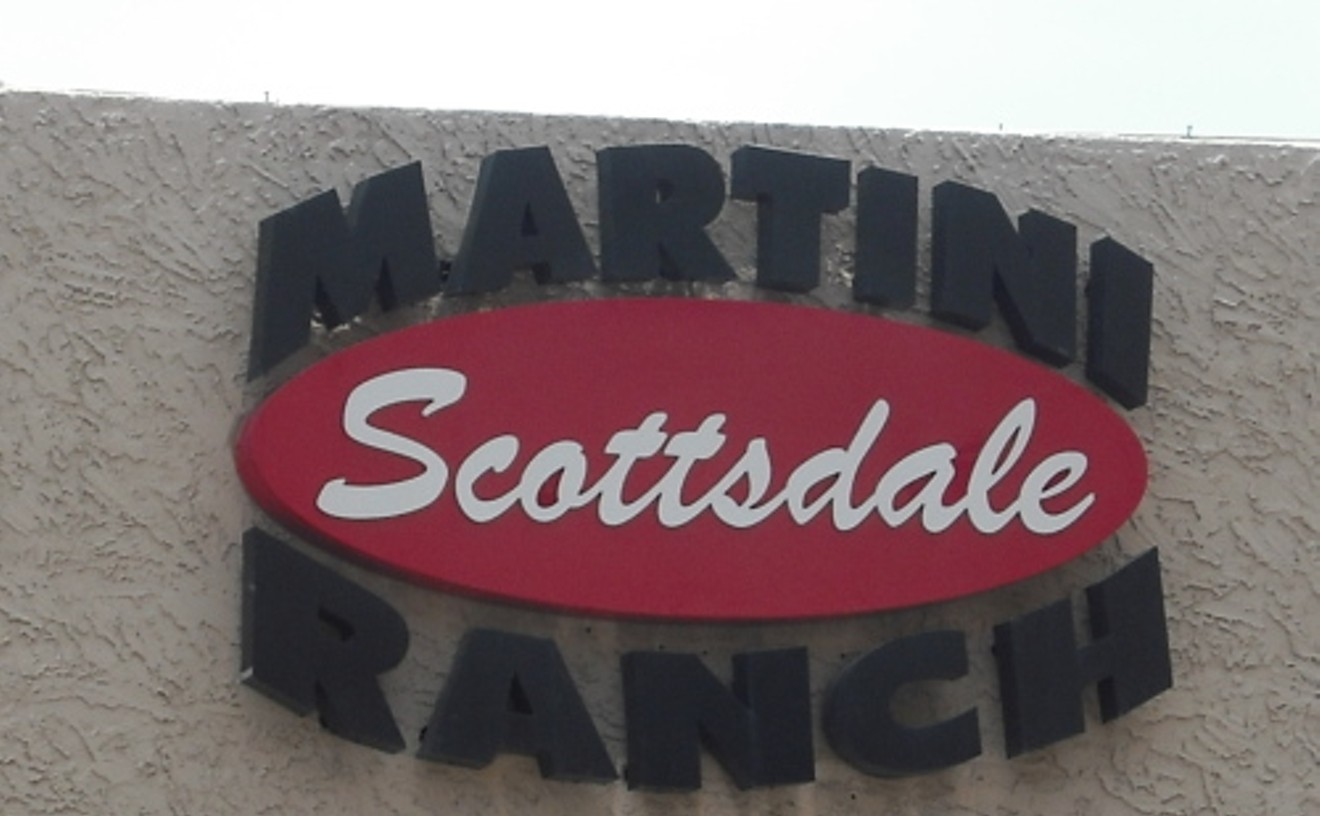 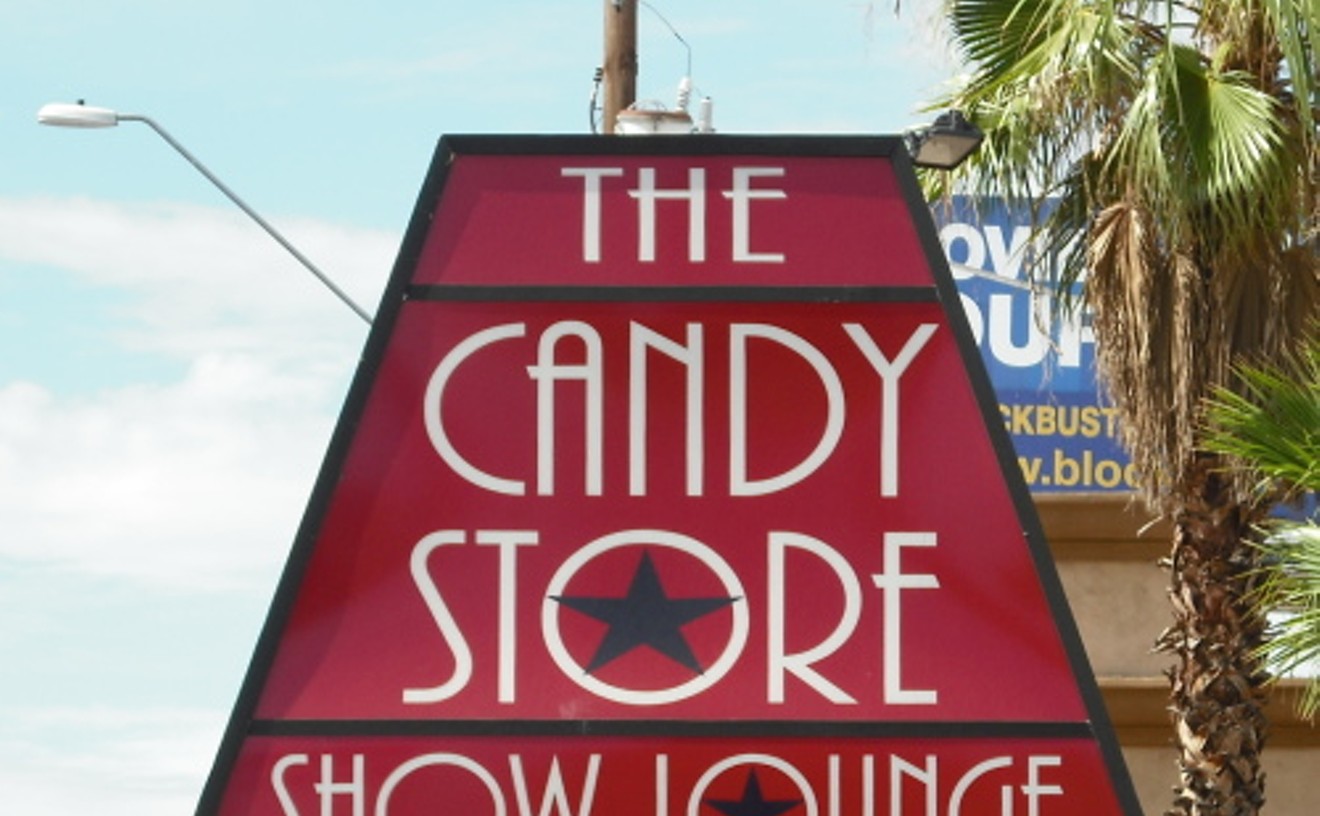 The sweet strip club thrills doled out at The Candy Store pack much more of a kick than your average sugar buzz — and it's almost as inexpensive. The North Phoenix topless showclub charges only $5 to get in after 6 p.m. nightly (with no cover on Sundays), various drink deals are offered throughout the week, and there's a coupon for a $2 beer or well cocktail on its website. It's one of the reasons we keep coming back, since it allows us much more green to devote to all of the club's choice selection of eye candy, which is one of its other pluses. Though stacked and silicone-enhanced dancers are among its roster, most of the girls here are of the naturally endowed variety, including a couple pulling off sultry femme fatale or Suicide Girls looks with numerous tats or Bettie Page bangs. It adds to the throwback vibe of the Candy Store (which opened in 1988 and is one of the oldest clubs in town), as does all its copious neon lights and spotlessly clean but enjoyably divey charm. Its VIP areas are quite swanky-looking; however, you'll have to pay a little extra for that particular privilege. 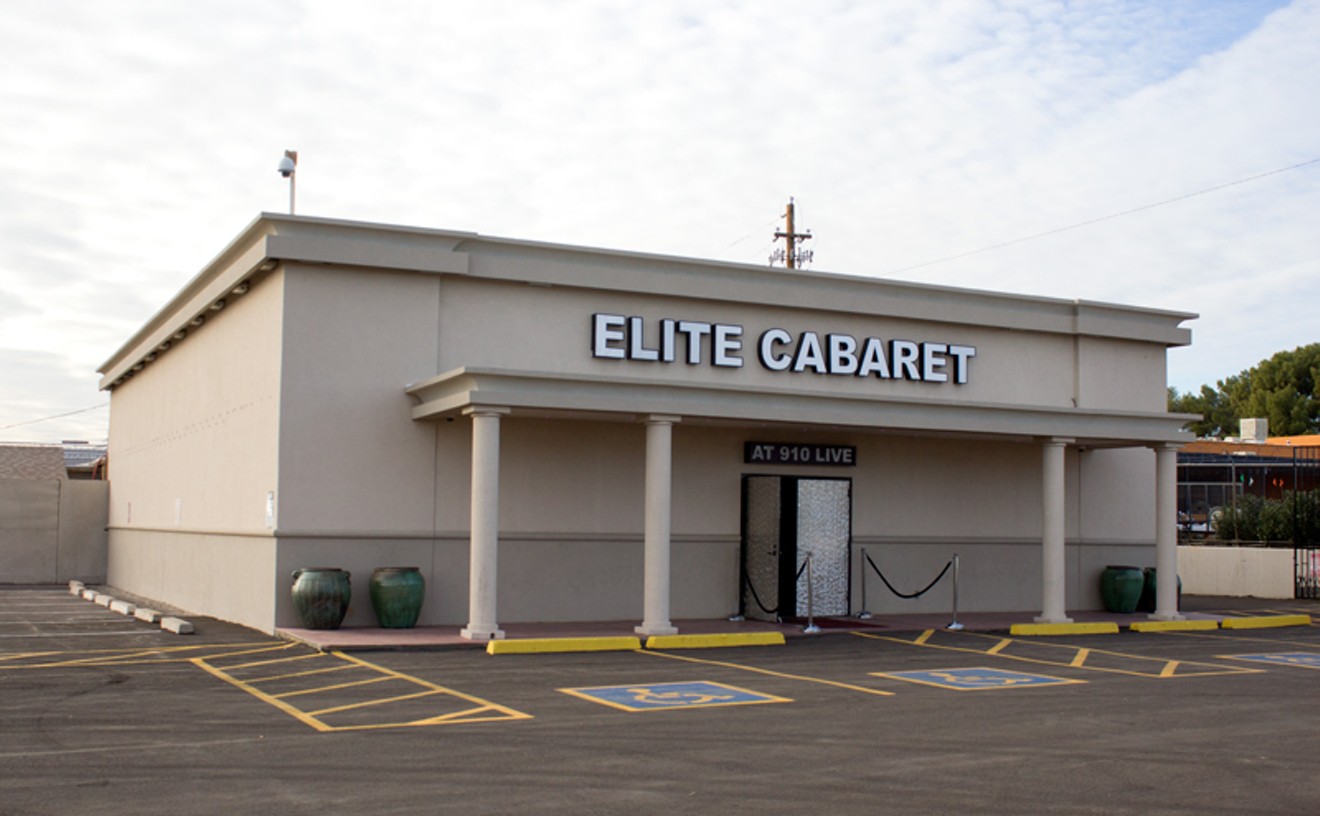 You'd be hard-pressed to find a single strip club in the Valley that doesn't feature rock 'n' roll blaring as exotic dancers bump and grind away. Elite Cabaret at 910 Live is no exception, as its music mix is heavy on classic jams from the likes of Gary Glitter, Cheap Trick, and The Doors. Thing is, this Tempe strip club will do you one better: There's an open-air concert space in the back hosting live rock gigs. Earlier this year, the proprietors of 910 Live transformed the interior of the nightclub and venue, which once served as infamous rock bar Boston's, into a ritzy topless club drenched in pink and purple hues and boasting multiple stages and swank furnishings. The live music moved outdoors, where cabanas and seating ring a 40-square-foot stage. Since the changeover, it's featured appearances from rock icons like George Lynch of Dokken, who performed in April, and former Sex Pistol Glen Matlock and Blondie drummer Clem Burke's The International Swingers in May. Best of all, concert admission gets you into the cabaret, where you can have your own personal after-party.

DJ Tsunami has a secret for getting things moving at places like Charlie's: "In an LGBT club," he tells us, "you target the males." And when largely young and decidedly fashionable gay guys mosey into the notorious cowboy-themed establishment during his late-night sets on Tuesdays and Saturdays, he rocks their bodies (and, thus, the party) with rhythmic pop, urban dance, and high-energy EDM. And thus he also rocks the derrieres of lesbians, straights, drag queens, and gay vaqueros alongside them on the rustic dance floor and scattered throughout the sprawling estate, via the clubwide sound system. Mission accomplished. Tsunami isn't the only one keeping things energetic at Charlie's, as its colorfully diverse nightly offerings also include DJ Mode dropping Top 40 and Latin on Thursdays, go-go boys on Sundays, and various down-home dance lessons and country nights throughout the week. Best of all, the taquería next door also stays open until 3 a.m. on weeknights and 4:30 a.m. on weekends, should another trip to Jenny's down the road seem blasé. Nu-Towne Saloon is sort of a scrappy place, and we're not saying that because of all the rough trade that stops by. This East Phoenix gay bar landmark and grand dame of the scene first opened near the equally historic Tovrea Castle in 1971 and has survived a lot of drama throughout its four-decade lifespan. We're talking recessions, the fickleness of LGBT crowds, and even a massive fire that completely wiped out its interior in 2010. Its proprietors reopened the place a year or so later after restoring the antique-heavy and memorabilia-laden décor of its signature kitschy digs to how things looked before, including the seven-foot plaster rooster statue (insert jokes here, if you must). And the crowd that considers the place its home away from home is still largely male, including bears of every size and their admirers, leather daddies visiting during the twice-weekly beer busts, and dudes looking for some, um, companionship and $1.50 shot specials during the long-running "Cruise Night" on Fridays. Hell, if nuclear war were ever to break out, we're sure Nu-Towne would somehow survive and continue to have the night, despite all the fallout.