Dog of War: Megan Leavey Follows a Woman and a Canine onto the Front Lines 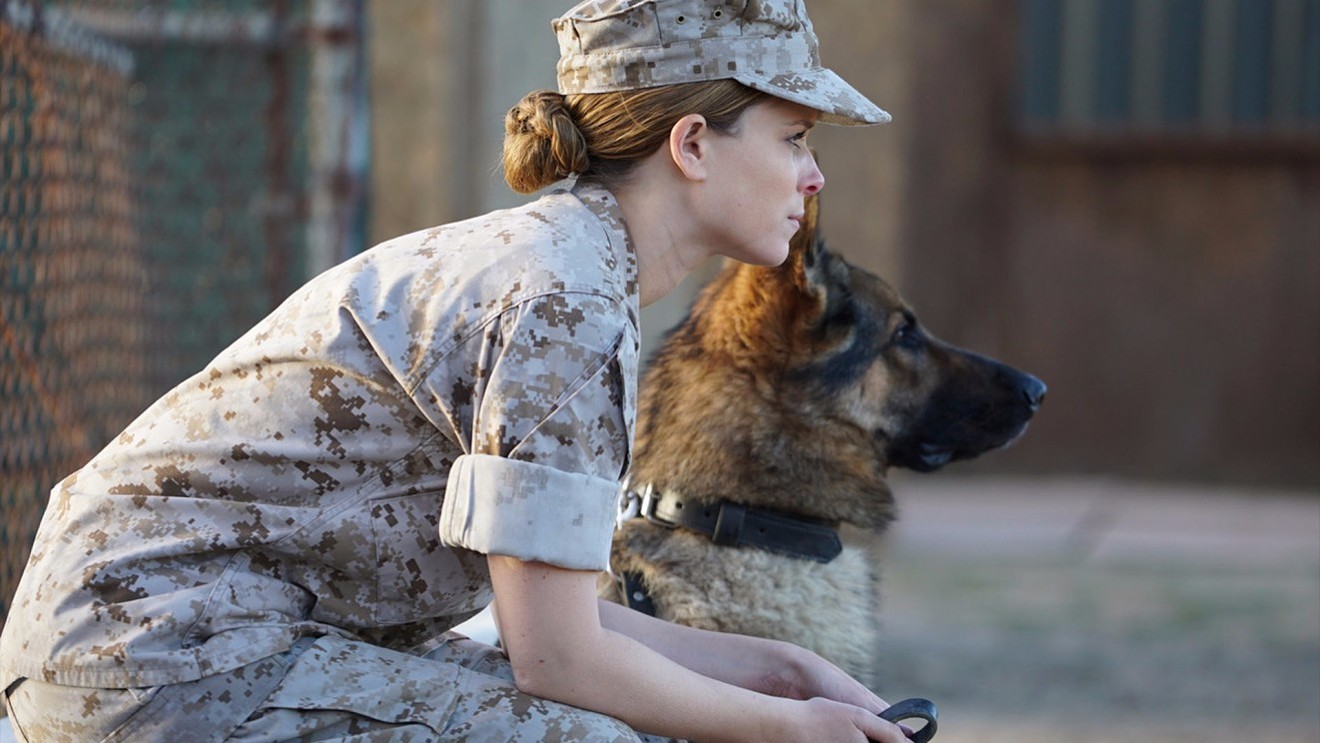 Kate Mara and friend. Bleecker Street
Megan Leavey is a war picture, but the scenes of combat, while suitably tense, are not its selling point. Instead, the film, based on a true story, follows aimless young Leavey (Kate Mara), who in 2003 leaves home to become a Marine. Director Gabriela Cowperthwaite condenses the scenes of boot camp, with its aggression and repetition, and soon places us in the story’s key location: a military K9 division. There Leavey, initially sent to clean up dog poop as a punishment, develops a bond with Rex, an aggressive but soulful German shepherd. Although the film follows a predictable arc — Leavey goes from misfit to hero as she and Rex are deployed in Iraq — it is anchored in a poignancy frequently missing in this explosion-filled, hyper-macho genre.

Mara is possessed of a pleasingly pert quality, with big eyes and a sly grin. When she looks at Rex (who, it must be said, is a terrific actor for a nonhuman), there’s a feeling of real connection — they maintain eye contact, and she sweetly calls him a good boy. Scenes in which she tends to him are a welcome respite from combat, but they also serve to make their time on the battlefield all the more intense: Dog deaths in cinema are far too common, a route for filmmakers to elicit easy tears, and the battlefield increases the risk tenfold. Thankfully, Rex doesn’t die in the firefights, and he and his handler both end up as heroes, due to Leavey’s Marine training and Rex’s bomb-sniffing. When she returns home from war, Leavey is despondent — the film acknowledges PTSD but doesn’t fully delve into into its darkness. She eventually summons the energy to start a campaign to adopt Rex.

Leavey’s relationship with Rex takes precedence over her relationship with any humans. There’s a touch of romance between Leavey and fellow dog handler Matt Morales (Ramon Rodriguez), but it never becomes central to the story, and their flirty banter, which largely consists of Yankees fan Leavey chiding Morales for his love of the Mets, is a cute if perfunctory distraction from militarism. Back at home, Leavey has a tense relationship with her mother, played by Edie Falco. Though Falco’s presence is always welcome, she has little to do here beyond yell at Mara. Cowperthwaite has a background in documentary, and the scenes between Leavey and Rex, with their understated camera work and one-on-one intensity, showcase the director’s skill at observation. The drama at home, on the other hand, though based on true events, feels forced. Still, Megan Leavey is a rarity in Hollywood: a true story of a woman in combat, directed by a woman. This representation, combined with the undeniably lovable canine at its center, elevates it above the typical war film.

KEEP PHOENIX NEW TIMES FREE... Since we started Phoenix New Times, it has been defined as the free, independent voice of Phoenix, and we'd like to keep it that way. With local media under siege, it's more important than ever for us to rally support behind funding our local journalism. You can help by participating in our "I Support" program, allowing us to keep offering readers access to our incisive coverage of local news, food and culture with no paywalls.
Make a one-time donation today for as little as $1.
Abbey Bender is a regular film contributor at Voice Media Group. VMG publications include Denver Westword, Miami New Times, Phoenix New Times, Dallas Observer, Houston Press and New Times Broward-Palm Beach.