Like Its Fallen America, Lauren Greenfield’s Generation Wealth Is Too Much All at Once 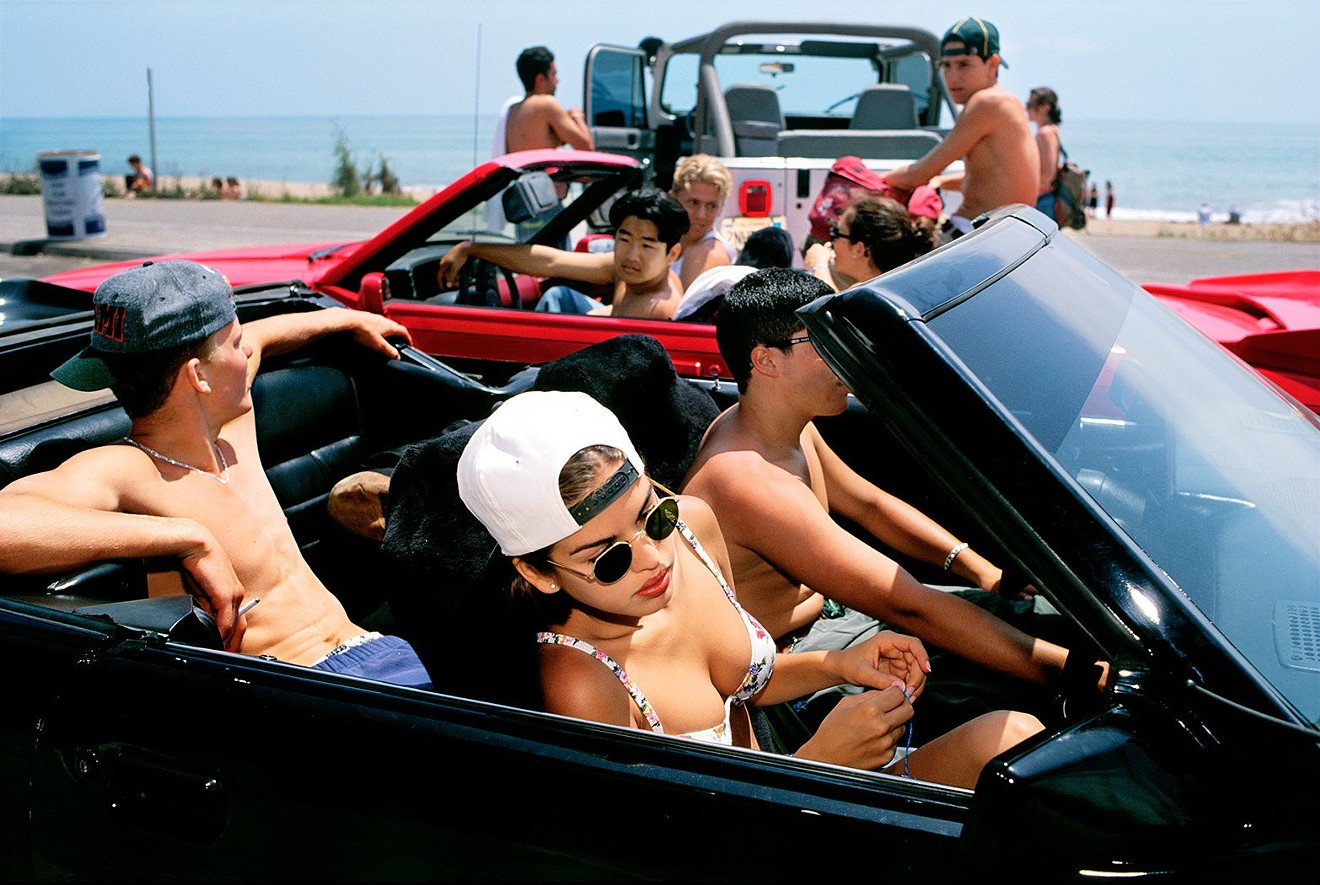 Subjects that have over the last quarter-century made Lauren Greenfield a star appear in her documentary Generation Wealth, including rich-kid hell-raisers, all abs and ass, wilding out in hot tubs and convertibles. Lauren Greenfield/Courtesy of Amazon Studios
With singular clarity and power, photographer and documentarian Lauren Greenfield (The Queen of Versailles) has long chronicled the excesses of the age, specializing above all else in portraiture of consumer culture run amok. Here are the broke trying to look rich, the old trying to look young, the rich trying to look immortal. Her work, crisp and often witty, honors the selves her subjects yearn to present while also stirring a moral revulsion, a certainty among viewers that Greenfield’s extreme cases reveal not just troubled or misguided individuals but a rot in all of us. Still, despite its title and a preponderance of civilization-is-on-the-brink pronouncements in its first reels, her career-spanning new film Generation Wealth is no anti-capitalist manifesto. Instead, it’s a survey, a diagnosis, a mea culpa, a reunion, a memoir and a sometimes exhausting plea for us to be better. Like her subjects, like America, it’s everything at once.

On hand, of course, are the subjects that have over the last quarter-century made Greenfield a star: rich-kid hell-raisers, all abs and ass, wilding out in hot tubs and convertibles; young women who have developed eating disorders in a society in which their thinness seems to them their only economic power; the vulgar gilded pretend billionaires of The Queen of Versailles, erecting a doomed palace atop a mountain of debt. (Perhaps inevitably, Generation Wealth catches the latter sitting directly behind our gilded pretend billionaire president at a rally.) Greenfield also elicits an empathy for her subjects. Her portrait here (and in her photography work) of a hedge-fund executive named Suzanne exposes, with great sensitivity, the business-minded logic behind persistent Botoxing. And it’s heartbreaking and somewhat terrifying to recognize the pressures and desires that convince a bus-driving single mother to go into extreme debt to buy herself extensive plastic surgery. As in her photographs, Generation Wealth shows us both what her subjects strive to project — successful, sexy, powerful, happier than lesser mortals — but also the strain it takes to maintain those appearances.

So, Generation Wealth doesn’t attack the coked-up children of celebrities that Greenfield first shot 25 years ago in Santa Monica and now, for the film and its corresponding book release and photography exhibitions, has followed up with. (Don’t expect revelations: Turns out that even after dedicating their youth to competitive hedonism, the children of America’s richest mostly are doing fine.) Greenfield searches for commonalities between her subjects, linking the tacky and Trumpy nouveau riche to the strippers and pornographic performers who embody her conviction that for American women the body itself is a commodity. Some of her subjects preen and provoke; some look relieved that at long last someone thoughtful is treating them like people. By turns, Greenfield’s survey is alarming, hilarious and indulgent, sometimes strained and a little dull, prone to overstatement and an abuse of synecdoche.

She’s hardest on herself and her own parents: In what will likely be the film’s most divisive passages, Greenfield links the tendency to prioritize career over time spent with family — workaholism — to the other consumerist vices and pathologies on display in her work. That work itself, she suggests, is the product of those vices: It’s hard to survey a society in collapse if you’re staying home with the kids. Greenfield quizzes her mother onscreen about Greenfield’s feelings of abandonment — the filmmaker’s parents divorced when she was young, and her mother, a professor, elected to spend much of each week apart from the kids. Generation Wealth then suggests that its director is perpetuating a cycle.

We see a slightly shaken Greenfield telephone her son from a shoot a continent away to congratulate him on his ACT scores; we see her kids joking, in footage shot at home, about their mother’s tendency to film everything, even their private moments. Greenfield doesn’t offer herself the chance to make the kind of justification she might coax out of her subjects. She offers no I had to work a lot so that my family isn’t bankrupted by a medical emergency. Or: My work matters, and with my husband — the guy you see smiling next to me in the 30th anniversary party I inexplicably include in this film — we managed to raise boys who won’t appear in future photo shoots or documentaries about American decadence. Suzanne, the hedge-fund exec, gets the film’s best line, noting persuasively that she doesn’t attend activities with her young daughter when there’s “no value-add” to her being there.

Generation Wealth is at its most rewarding when Greenfield concentrates on the work that made her name: portraiture. In quick biographical sketches, several of her subjects invite us into their lives, revealing their efforts to live up to and to look like everything that they feel America demands of them. It’s hard to shake the mother playing the 911 call reporting her daughter’s death or an adult film performer weeping on set or YouTubing her own suicide attempt. But for every revelation, we get a scene of Greenfield squinting at old photographs or digging through files, gathering the images for a retrospective exhibition, searching for thematic connections between her interests.

Sometimes Greenfield finds provocative correspondences, but too often the film muddles along from one idea to another. What does Greenfield’s mother’s anthropological work in Chiapas have to do with the porn actress who tells us that a 50-dude bukkake scene gave her salmonella? All this scrambling to assemble coherence from a lifetime’s work results in some dismayingly generic conclusions. Generation Wealth’s impassioned counsel of what matters most in life is dramatized by a scene in which a one-time rap-video baller she photographed in the ‘90s now tosses a football in the yard with his kids. And why on Earth do we need to see Greenfield getting her excited first look at the Generation Wealth coffee-table book?
KEEP PHOENIX NEW TIMES FREE... Since we started Phoenix New Times, it has been defined as the free, independent voice of Phoenix, and we'd like to keep it that way. With local media under siege, it's more important than ever for us to rally support behind funding our local journalism. You can help by participating in our "I Support" program, allowing us to keep offering readers access to our incisive coverage of local news, food and culture with no paywalls.
Make a one-time donation today for as little as $1.