Grace Jones: Bloodlight and Bami Finds an Icon Yet Again Redefining Everything 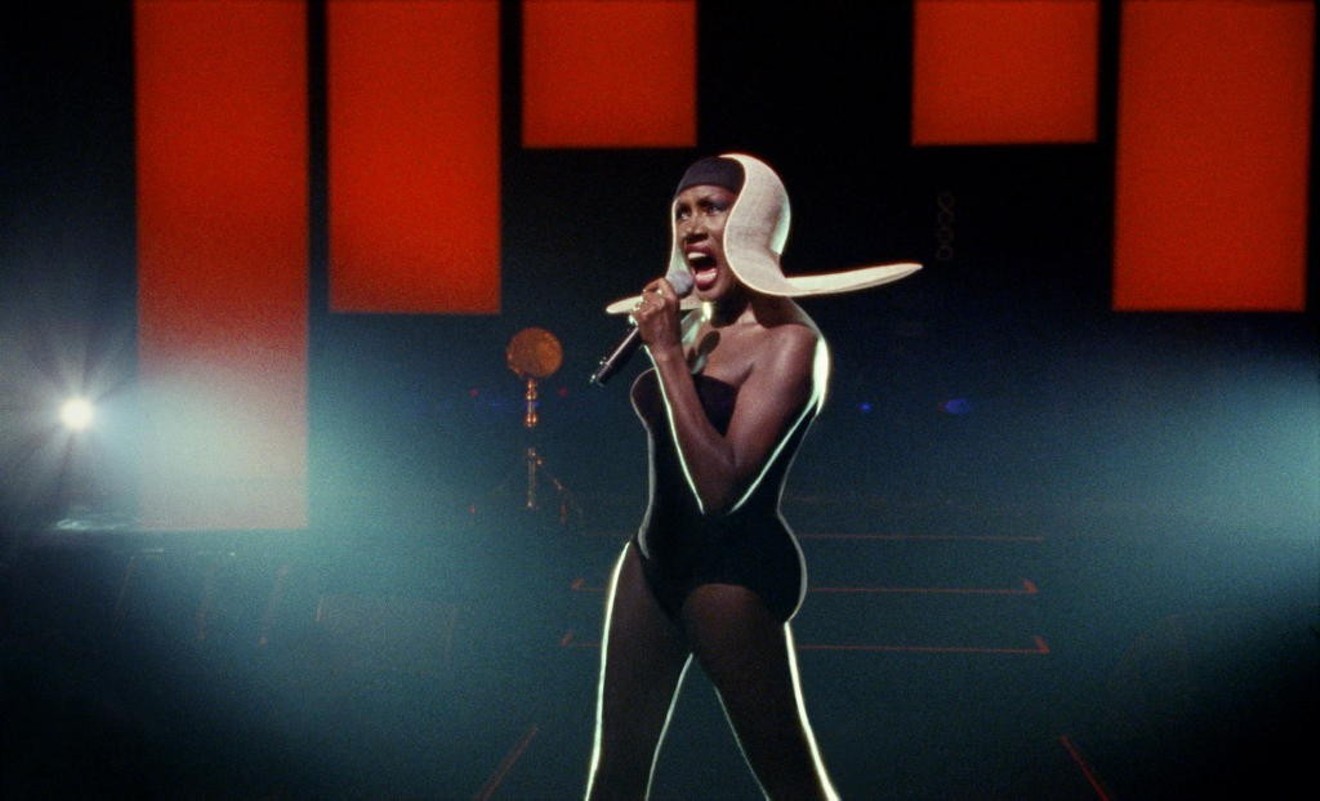 In Grace Jones: Bloodlight and Bami, director Sophie Fiennes showcases the artist's raging masculine persona with interwoven segments from 2016 concert performances of material off the singer's most recent album. Courtesy of Kino Lorber
Too few female role models get memorialized in the culture as “rock stars.” Enter Grace Jones: Bloodlight and Bami, a documentary that resists retelling its subject’s exploits in the club scenes of the 1970s and ’80s, legends that director Sophie Fiennes says you can easily track down in books and magazines. Instead, this is an intimate portrait of the artist in recent years as she returns to Jamaica, the country of her birth and childhood, for a family reunion. She and her boisterous family — brothers, sister, mother, father — travel the island, meeting with friends, telling stories. Through these conversations, a heartbreaking story emerges, as the talk turns to a man named Mas P, who was Jones’ and her brothers’ caretaker as a child, when her parents left to live in the States.

Though Mas P is long dead, his presence is like a ghost. His physical abuse took its toll on Jones and her brothers, but they attest to having somehow transformed that pain into fuel for their new lives. Jones tells us that the raging masculine persona she adopted for her stage shows comes from allowing her memory of Mas P to, in a way, possess her body. Fiennes then showcases that persona with interwoven segments of Jones performing a concert in 2016 of material from her most recent album, 2008’s Hurricane. Watching her on stage, you could not guess at her age. In platform heels, she struts and conquers her domain like a 20-year-old glitter-clad warrior. Her voice is robust and deep and still shakes you. The footage is so elective that it prompted applause after every song at the Toronto International Film Festival.

Jones’ playful humor lightens the film. At one point, Fiennes follows her as she prepares to perform on a French television show. She’s brought out for rehearsal, and we see that her segment includes about 10 skinny women dressed in sexy white lingerie, dancing with chairs around Jones. This is a gross miscalculation of Jones’ image, and as we watch her attempt to perform with the women, she suddenly stops dead in her tracks and just watches them with a look of horror. “Do you have any male dancers?” she asks, incredulous. This is a woman who once redefined female sexuality in pop, and now, apparently, must redefine it again.