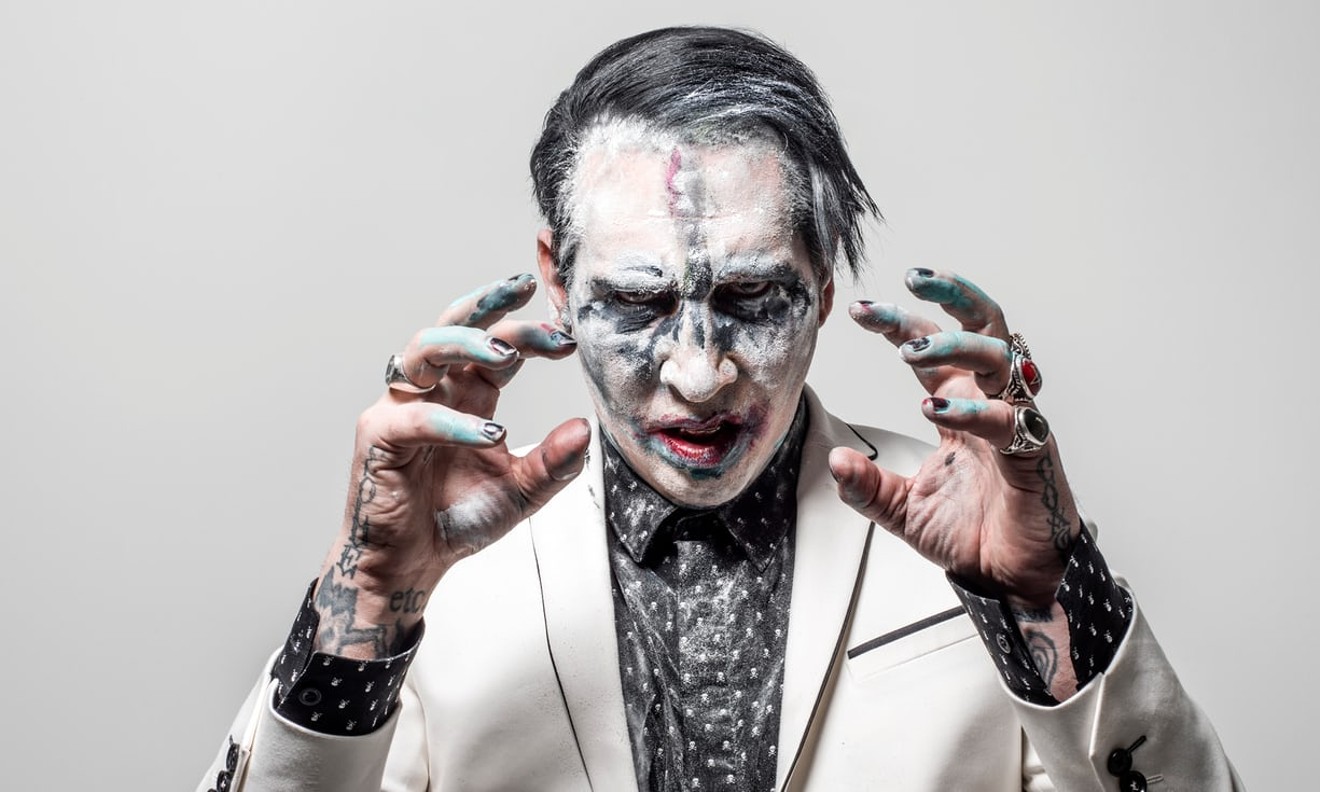 Marilyn Manson is scheduled to perform on Sunday, November 3, at The Van Buren. Perou

There’s one question that artists like infamous rocker Marilyn Manson have to face eventually: Once the shock wears off, does the music still have the capacity to electrify? In a word, yes. In all the news fluttering around the 50-year-old musician, one important development gets lost in the mix: His newer albums are actually really, really good. That might come as a surprise if you stopped paying attention to Manson after the mixed reaction to his 1998 glam-industrial record Mechanical Animals. Following that, Manson and his band spent a few years in creative purgatory. Trying to recreate the scabrous magic of 1996’s Antichrist Superstar, they released a string of records to diminishing returns. A little less limelight was helpful. Born Villain (2012) had the band sounding truly heavy. And 2015’s The Pale Emperor saw the band branch out into intriguing new sonic territory. Manson’s current tour brings him to The Van Buren on Sunday. Deadly Apples will open the 8 p.m. gig. Tickets are $72.50-$77. Ashley Naftule

Grunge, punk, metal, sludge, stoner rock — however you describe the Melvins' music, it's been undeniably influential to many successful bands since the '80s. And it's been equally as exploratory, even crossing into electronic and dark ambient on some albums. But above all, the Washington-born band have played thumping rock 'n' roll music through over 30 releases in its 33-year career. Seattle bands like Nirvana and Soundgarden are said to have been inspired by the Melvins' sludgy sound. The band's latest album's title, 2018's Pinkus Abortion Technician, was taken from the Butthole Surfers' Locust Abortion Technician, and recorded with the help of said band's bass player, Jeff Pinkus. The Melvins are on a massive 10-week U.S. tour this fall with Redd Kross, which Melvin members Dale Crover and Steven McDonald also play in, and the band are slated to release a vinyl reissue of the 1999 albums The Maggot and The Bootlicker later this year. Toshi Kasai will open for both bands during their Crescent Ballroom show at 8 p.m. on Monday, November 4. Admission is $28. Diamond Rodrigue

Many bands with potential flame out before even getting into a studio, much less putting out a record. Allah-Las were no different. The California-based indie-rock foursome were in a similar place around the turn of the decade.

The band’s patience paid off with a certain level of fame on the indie circuit and live shows galore. Their tunes have morphed from tales of sex, drugs and rock 'n' roll to those that come from a more mature place. On Monday, November 4, they’ll showcase their catalog of material at Valley Bar. Maston will open the evening at 8 p.m. Tickets are $28. Clint Hale

Helmet finds there way to Phoenix on their 30th Anniversary tour. Good thing they are traveling alone.
Jacob Blickenstaff

Back in the band's late '80s/early '90s heyday, New York's Helmet were supposedly the thinking man's metal band. But with their geeky clothes and cropped haircuts, Page Hamilton and crew were hardly a metal band, thinking or otherwise. What Helmet did was play aggressive post-punk that drew a crowd that included metalheads. And when the band released Strap it On in 1990 and Meantime a year later, they seemed ready to finally cross over into the mainstream. But internal dissent and the lackluster sales of 1994's Betty seemed to forever derail Helmet's career.

After 1997's Aftertaste, the band called it quits. Hamilton ended up as an in-demand sideman, playing guitar with an odd assortment of characters including Joe Henry and David Bowie. Then, in 2004, Hamilton resurrected the Helmet moniker and released Size Matters, an album that featured none of the original members except him. Three more releases followed (including 2010’s Seeing Eye Dog and 2016’s Dead to the World) and now they're currently on their 30th-anniversary tour. Catch them at 8 p.m. on Tuesday, November 5, at Crescent Ballroom. Tickets are $20. Darryl Smyers

Rip-roaring act The Cadillac Three are best known for bringing an element of redneck Southern rock to mainstream country. Authentically unapologetic, the trio aren't into acts: What you see is what you get, and the ripped jeans, long hair, and thick drawls are real.

Jaren Johnston’s combination of attitude-filled gritty vocals and all-out shredding leads the trio. The lap steel of Kelby Ray, playing through a bass amp, fills in the low side, while sneaking in attention-grabbing riffs that complement Johnston. Neil Mason rounds out the sound with a commanding presence on drums. Catch them in concert on Tuesday, November 5, at the Marquee Theatre in Tempe. The Josephines and Christopher Shayne share the bill. The show starts at 7:15 p.m. and tickets are $20-$40. Amber Erickson Gabbey

When it comes to record releases, it sure takes a mighty effort to topple Beyoncé. Atlanta native Summer Walker has certainly achieved that peak, though, with the release of her debut record Over It. According to reports from Billboard, the release debuted at No. 2 on their Top 200 chart with the equivalent of 134,000 album units. That's a feat that bests Beyoncé's Lemonade for the biggest streaming week of all time for a female R&B album. Walker's out on the initial U.S. stages of her First and Last Tour and the venues – as evidenced by her upcoming appearance at the Marquee Theatre — are only getting larger and larger for a precocious talent who only a year ago released her debut mixtape. Head down to Tempe on Wednesday, November 6, to get a feel for the commotion. Melii will open the 8:30 p.m. concert. Tickets are $39.50-$199. Jeff Strowe 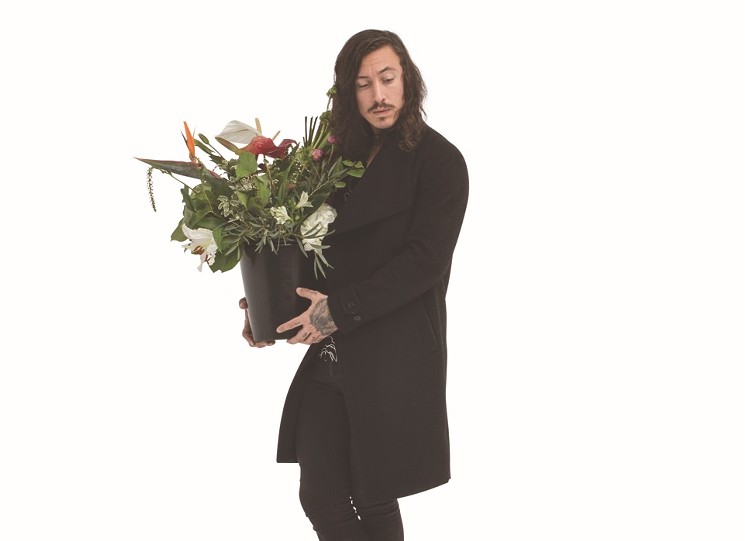 There's something about the voice of Seattle singer-songwriter Noah Gundersen — it's evocative and haunting, the type of wail you can't shake for days after you first hear it. Gundersen has previously written songs and toured with his sister, Abby, on backup vocals and violin, and his brother, Jonathan, on drums.

There are a few other members of the touring band, but the most powerful part of the songs is the combination of Noah and Abby's voices. Genetics help family bands achieve a scary-close vocal blend, and the Gundersens take full advantage of this. To hear the two sing harmonies on songs like "Poor Man's Son" is to swim in a velvet sea of sonic bliss. Dive in during Noah Gundersen’s 8 p.m. show on Wednesday, November 6, at Crescent Ballroom. Scott Ruth opens. Tickets are $17. David Accomazzo

In Flames were one of the flagship bands of the Gothenburg scene in Sweden of the early 1990s that included death-metal luminaries like At the Gates and Dark Tranquility. Those bands injected the savagery of death metal with melodic elements that made the music curiously more accessible without undermining its heaviness. After an inaugural EP, 1995's Subterranean, and the debut full-length album Lunar Strain, In Flames started to hit their stride with the 1996 album The Jester Race, considered by many critics a classic in the genre.

Now with 18 albums to their credit — the latest being this year’s I, The Mask – In Flames aren't exactly a household name, but they're one of the most respected and popular bands in heavy music, not just for the quality of their songwriting, but also for their incendiary live show. Their current tour in support of I, The Mask hits Marquee Theatre on Thursday, November 7. The show is at 7:30 p.m. and tickets are $28.50-$99. Tom Murphy