U2 Will Bring Joshua Tree Tour to Phoenix 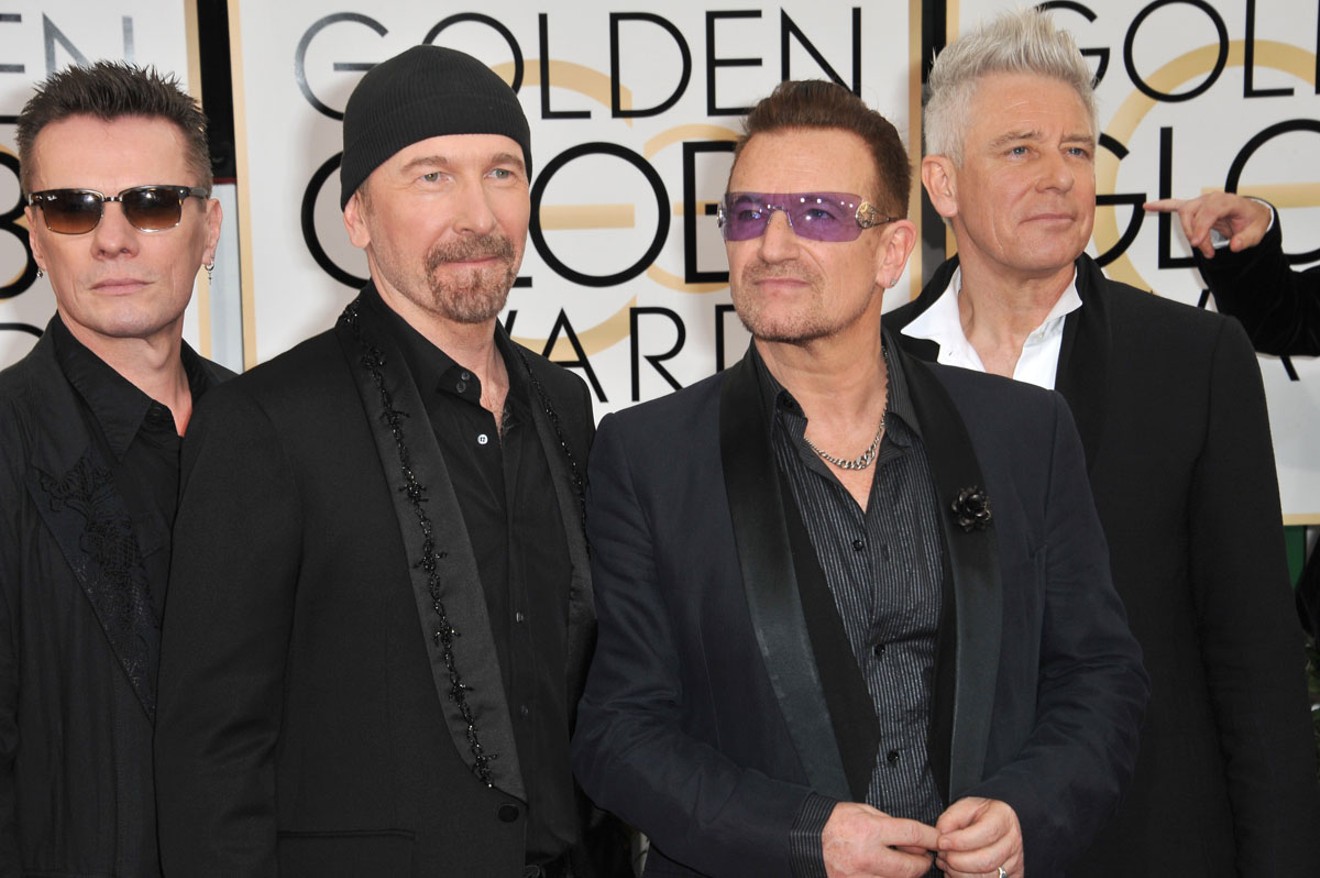 U2 will return to Phoenix this fall. Featureflash Photo Agency / Shutterstock.com
U2 are coming back to Phoenix. On Tuesday, September 19, the band will bring The Joshua Tree tour to University of Phoenix Stadium, with Beck in tow.

The band recently released the 30th anniversary edition of The Joshua Tree, an expanded and remastered version of the legendary record (some might even call it overrated). It features remixes, live material, and alternate takes.

Arizona and U2 have plenty of history.

In 1987, the then up-and-coming band kicked off a tour in support of Joshua Tree at what's now called Wells Fargo Arena at Arizona State University. They finished the tour with a return visit to Tempe, playing Sun Devil Stadium for two Christmastime shows. By that point, the Irish rockers had officially become one of the biggest bands in the world.

The state has factored heavily into U2's legacy. Footage from the band’s closing 1987 shows ended up in the Rattle and Hum documentary, and “The Border: A Double Sonnet,” a poem by Alberto Ríos, a regents’ professor at Arizona State University and Arizona’s inaugural poet laureate, has been featured in the band’s recent shows.

Tickets to the upcoming show go on sale at 10 a.m. on Friday, June 23. They're $35 and up, and general admission floor tickets are $70. Tickets will be available via Live Nation.

Editor's note: This post has been updated from its original version to clarify that GA floor tickets are $70.