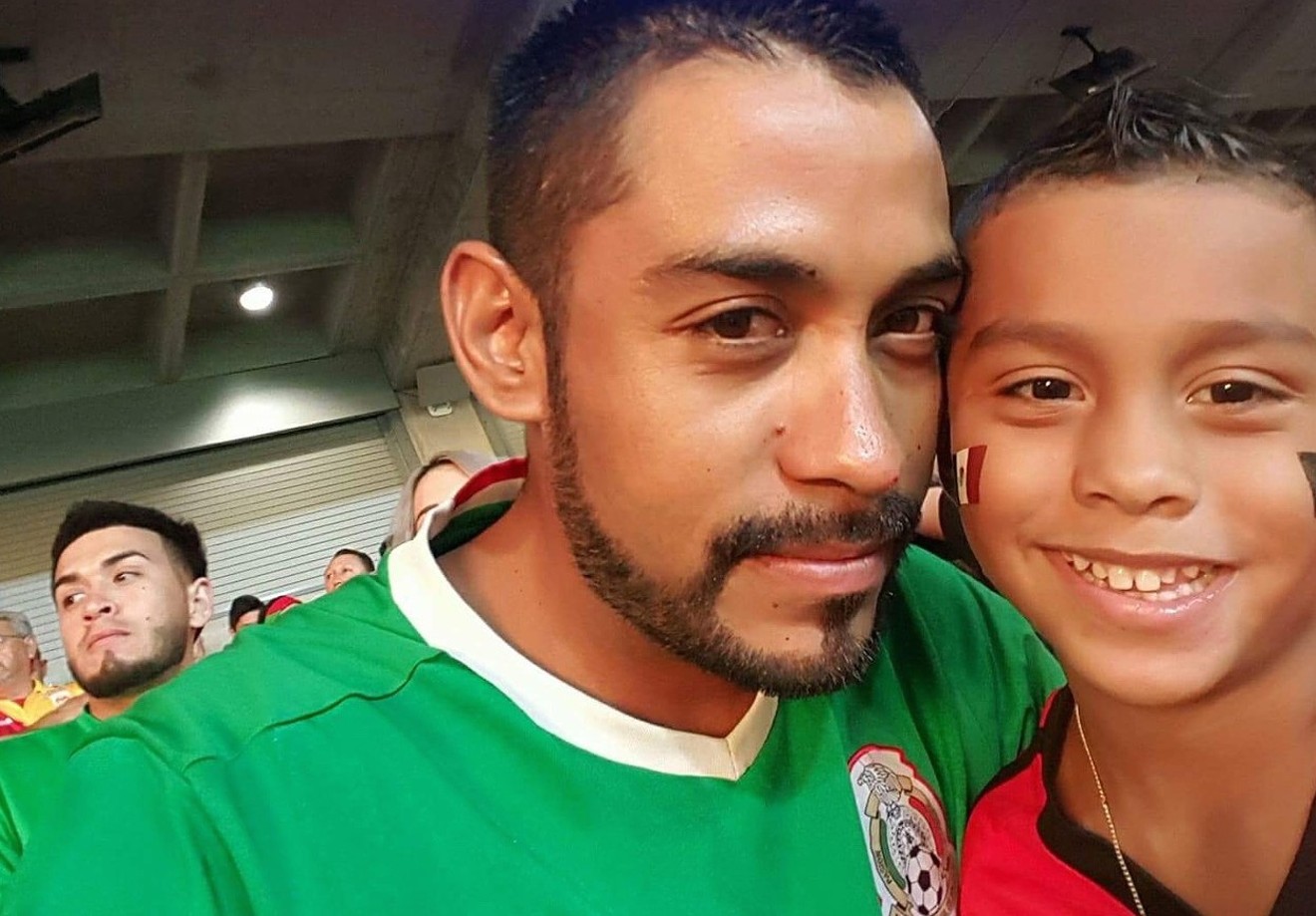 Jorge Aranda is fighting to stay in the United States with his son, isn't illegal. He was in this country illegally, but supporting his son, Jorge Jr. And Motel 6 is no hero for turning him in to ICE. Courtesy of Jorge Aranda

Two lessons I hope you’ll take from our ongoing coverage of Motel 6’s practice of turning over its guest lists to Immigration and Customs Enforcement:

1) People are not illegal.

2) Motel 6 is not a caped crusader fighting crime. In fact, it appears that the company itself may have broken the law in at least one state.

This comment on one of our stories is typical of the online trolls:

“Nice headline...'Undocumented Guests...' What new in the line of euphemisms to describe ILLEGAL IMMIGRANTS?!?”

There is a reason Phoenix New Times does not use the term “illegal immigrants” or the even worse pejoratives like “illegal aliens” or “illegals” when referring to foreign citizens who are in the United States illegally.

All people have the right to exist. They are not illegal. No one mentioned in our stories was caught committing a crime that would put them in jail here or in their own countries. They are in the United States without proper documentation. Some came here legally, some did not. Their punishment, if caught, is detention and then deportation to their homes, even if they are working parents such as Jorge Aranda, a Phoenix dad caught up in the Motel 6 sweep.

We are not alone in our choice of terminology. The Associated Press and many other print organizations, including the Arizona Republic, have stopped using “illegal immigrants,” according to an the organization, Race Forward: The Center for Racial Innovation, that has campaigned against the use of the term.

Fox News, not surprisingly, has not. Neither has President Trump.

But if you don’t like our policy, too bad. We are not changing it under my watch.

Nor do we accept the argument that Motel 6 was simply doing its duty as a good corporate citizen by turning in lawbreakers.

Some of you seem to think we should host a parade for the company. That would be as silly as Cleveland hosting a parade for its 0-16 NFL team, the Browns.

Added another man: “ICE is not supposed to know if illegal people are plotting in your place of business?”

“Plotting what?” a woman responded.

“Plotting to steal your money,” he replied. “Is it okay with you if criminals surround you?”

Yes, that’s what is happening. Undocumented criminal masterminds gather every night at Motel 6s around the country, scheming to disrupt the U.S. economy.

None of Motel 6’s actions in this case are noble … or preventing crimes.

In fact, in the state of Washington at least, it appears the company may be the lawbreaker. Or, at the very least, is a liar.

In September, an excellent investigation by New Times’ Antonia Noori Farzan and Joseph Flaherty revealed the staffs of two Phoenix Motel 6s were routinely turning over their daily guest list to Immigration and Customs Enforcement. At least 20 immigrants were detained and face deportation as a result.

At the time, Motel 6 officials vowed to discontinue the practice, blamed it on local management, and claimed the practice was limited to the two motels in Phoenix.

Except it doesn’t seem that any of that is true.

Certainly the attorney general of Washington didn’t believe it. After reading the New Times report, AG Bob  Ferguson ordered his office to investigate the Motel 6s in his state.

As a result of that probe, as we reported last week, Ferguson’s office found that over two years four Motel 6s in the state “released the personal information of at least 9,151 guests to ICE, even though its privacy policy assured consumers it would protect this information. Motel 6 admits that two additional locations shared this private information with ICE, but has not provided details regarding the number of individuals affected.”

The information – that’s YOUR personal information if you stayed at a Motel 6  in Washington for any reason – included driver’s license numbers, room numbers, names, guest identification numbers, dates of birth, and license plate numbers.

Motel 6 wasn’t some super sleuth catching bad hombres. It was giving out all of the information it had on all of its guests.

And that, Ferguson charged in a lawsuit filed against Motel 6, is a violation of state statue RCW 19.86.020, which protects the rights of privacy of a business’ customers.

Yet as a result of all that information obtained from the company, ICE caught only six immigrants in Washington without their papers … probably a bunch of Canadians sleeping off a Tim Horton’s bender.

“Washingtonians have a right to privacy, and protection from discrimination,” Ferguson, a Democrat, said in a press release. “I will hold Motel 6 accountable and uncover the whole story of their disturbing conduct.”

We can only hope that Arizona Attorney General Mark Brnovich will be just as aggressive. After all, more than three times as many immigrants have been detained just in Phoenix. We have no idea how much information was released about the motels' other guests here.

It’s not clear that Arizona law protects consumers’ privacy as rigidly as Washington’s does. But Brnovich’s office acknowledged that it has questioned Motel 6’s parent corporation. The AG’s says it can’t release the company’s answers yet because it’s a civil rights matter.

Whatever, we’ll be waiting.

In the meantime, we hope to show you, one by one if we have to, that Motel 6 is not the good guy here

“I believe Motel 6 did the right thing,” one woman posted on on my Facebook page. “They reported criminals to the authorities. Isn't that what we are supposed to do?!”

I responded to her with much of what I’ve just told you.

She acknowledged that she hadn’t read our reporting.

“I thought I read or heard where they were just calling to report those without papers,” she wrote. “What (Motel 6 did) is wrong and I believe you know more of the facts than I do.”