The Post: Journalism Had Dick Nixon in 1971; We've Got Donald Trump

Washington Post editor Ben Bradlee, played in The Post by Tom Hanks (second from left), and publisher Katharine Graham (Meryl Streep, to Hanks' left) refused to compromise their values when they published the Pentagon Papers in 1971.
Niko Tavernise/Courtesy of Twentieth Century Fox
There was a bit of “fake news” in the Oscar-nominated movie The Post, directed by Phoenix’s favorite-son filmmaker Steven Spielberg.

As the linotype operator is preparing the Washington Post’s story on the Supreme Court’s decision about publishing the Pentagon Papers, you could hear Tom Hanks (playing editor Ben Bradlee) deliver his lines.

Not likely that would have happened in a real composing room in 1971: Your ear drums throbbed as the operators pounded out the thousands and thousands of words for the next morning’s paper, transforming them into slivers of lead, letter by letter, line by line. In fact, many newspapers, including mine, hired deaf people to run the machines because they weren’t distracted by the noise.

That was one of the few flaws in the film should remind all of us that journalism matters, whether it's practiced in Washington, D.C., or Casa Grande, Arizona.

But the movie was also tinged with nostalgic sadness for old goats like me — I started in this business in 1969 — who realize that there are fewer and fewer of us still practicing daily journalism from almost a half-century ago, fewer who remember the newsroom din of clacking manual typewriters and wire machines bringing the latest news, fewer who remember that we invented the term "cut and paste" because that's how our copy was literally edited with scissors and glue, fewer who remember the “thwunk” of the pneumatic tubes that carried our stories several stories down to the composing room, fewer who remember when everyone smoked in the newsroom and editors kept bottles of bourbon in their desk drawers.

And there are fewer of us who remember that journalism was under the same kind of threat then as it is now.

The president “is trying to shit on the First Amendment,” Hanks says during the movie.

He’s talking about Dick Nixon of course, not Donald Trump.

Nixon called members of the media his “enemies.” Trump says we’re “the enemy of the people.”

During his campaign, Trump revoked the Post’s credentials because he didn’t like its coverage of him. Nixon did the same with the Post for his daughter Tricia’s wedding

But, I’m getting ahead of myself. So here’s a spoiler alert for those of you who don’t know the story:

In 1967, U.S. Secretary of Defense Robert McNamara directed a team of analysts to prepare a classified study of our political and military involvement in Vietnam from World War II on. The report consisted of some 7,000 pages of documents that basically said every administration, Republican and Democrat, fucked up the war. In other words, there was no way the U.S. could win. We were sending our soldiers to die for a hopeless cause.

In 1971, Daniel Ellsberg, a former Marine and one of those analysts, leaked the documents to the New York Times, which began publishing them on June 13. Two days later, the Justice Department got a injunction to stop the Times from printing.

Ellsberg was later prosecuted, but the case was thrown out when Nixon’s henchmen were caught breaking into his psychiatrist’s office. Sound familiar? (Full disclosure, I met Ellsberg at a conference a decade or so ago. A colleague approached him and said, perhaps without thinking, “Thank you for leaking.”)

By now you might be asking, as some have wondered, why is the movie called The Post instead of The Times?

That same week, Ellsberg gave copies of many of the documents to the Post, which ignored the court orders against the advice of its attorneys and board members and published its own series of stories.

In the movie, the newspaper’s chairman of the board, Fritz Beebe (Tracy Letts), warns Bradlee: “If the government wins and we’re convicted, the Washington Post, as we know it, will cease to exist.”

Bradlee responds: “If we live in a world where the government can tell us what we can and can’t print, then the Washington Post, as we know it, has already ceased to exist.” 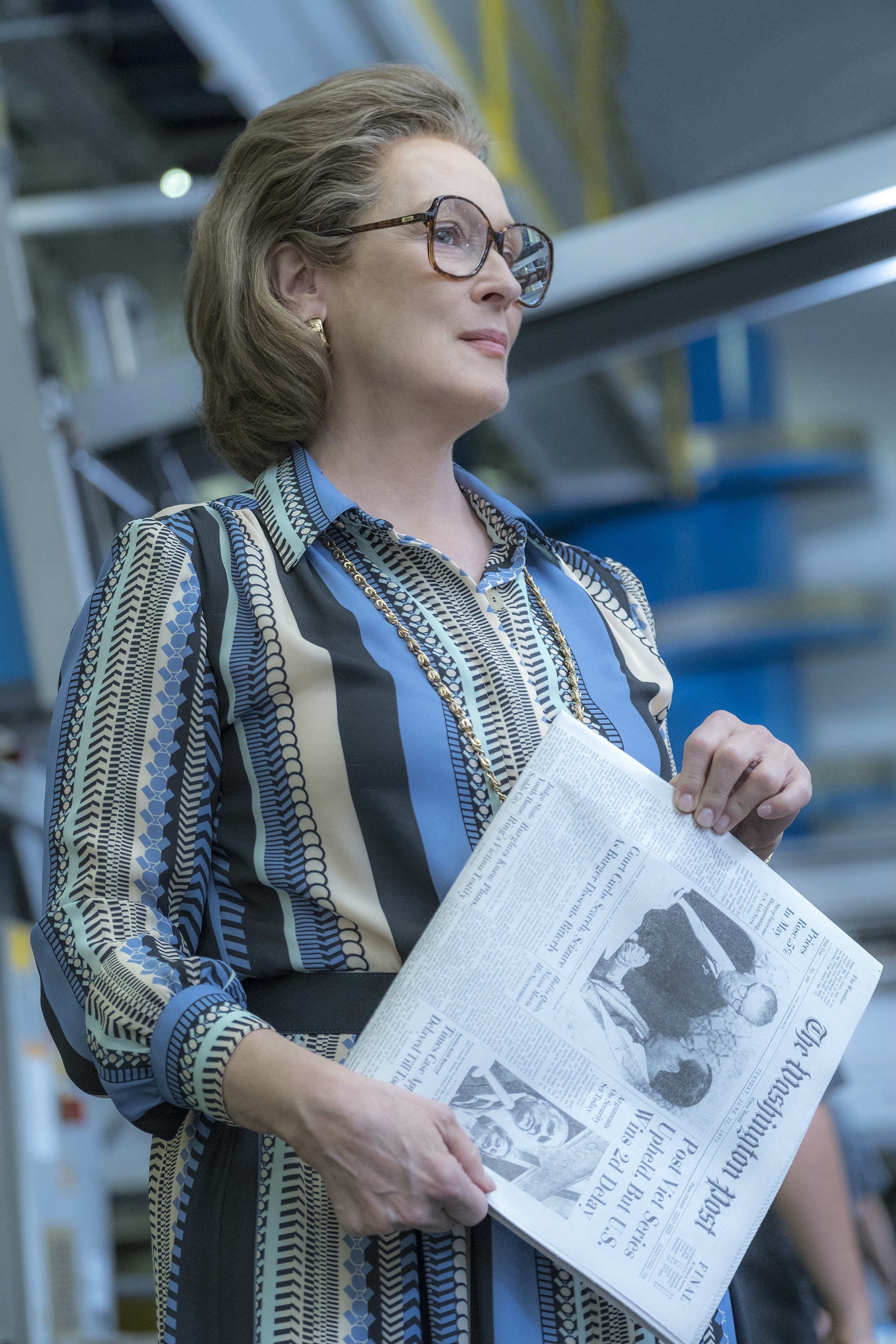 In The Post, Meryl Streep plays Katherine Graham, a 50-something woman of great intelligence but meek demeanor.
Niko Tavernise/Courtesy of Twenteth Century Fox
But the genesis for naming the movie The Post is its real hero, publisher Katharine Graham, played by Meryl Streep.

The film’s stirring subplot is the intersection of the First Amendment and women gaining the right to speak out, a struggle that continues today. Just ask the millions of women marching this past weekend.

Streep’s performance as Graham is a reminder how difficult it was for a woman to be taken seriously in 1971, even if she owned the newspaper, which was originally bequeathed by Graham’s father to her husband, not her.

“Sir, a woman's preaching is like a dog's walking on his hind legs. It is not done well; but you are surprised to find it done at all,” Streep as Graham tells her daughter, quoting 18th-century author and moralist Samuel Johnson.

They are all speaking over Graham until she blurts out:

But the Post also stops publishing after the U.S. Supreme Court agrees to hear the joint case filed by the two newspapers.

Within two weeks, on June 30, the verdict was in.

There is, of course, a Spielbergian reading of Justice Hugo Black’s opinion as the 6-3 victory for the freedom of the press is announced.

“In the First Amendment, the Founding Fathers gave the free press the protection it must have to fulfill its essential role in our democracy.”

“The press was to serve the governed …”

Let's not forget that. This old goat appreciates all the advances we’ve made in journalism over this past half-century, but some things must never change.