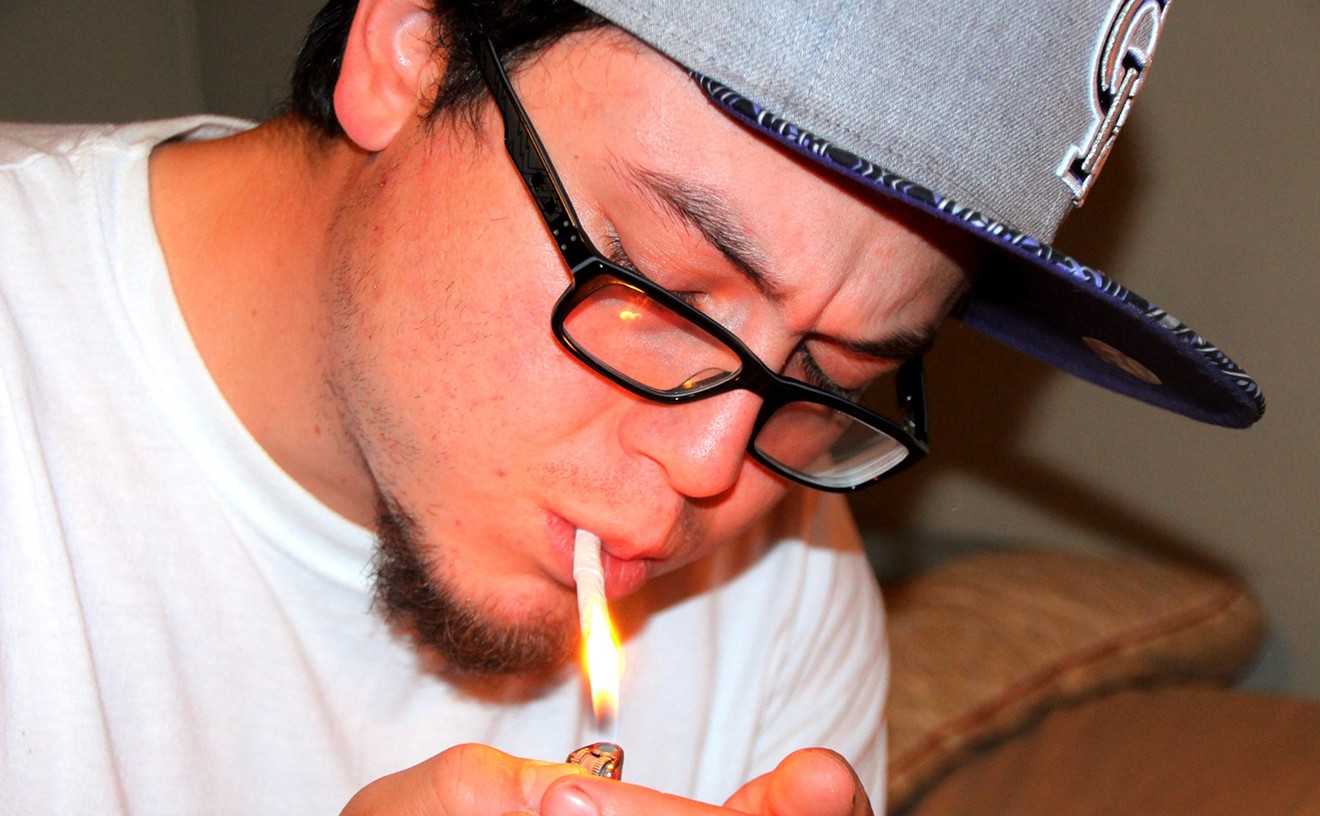 Heath Alselke via Flickr
A bill at the Arizona Legislature would mandate state-regulated testing for medical cannabis, lower patient registration fees, and make other improvements to the 2010 law.
Arizona rips off medical-marijuana patients by collecting fees that are much higher than what it costs for the state Department of Health Services to run the program.

Last year, for instance, DHS could have funded its $11.7 million in expenditures by collecting $5.7 million from patients. Instead, the state agency collected $18.9 million from them. The extra money went into a useless overflow account that now sits at more than $33 million.


"I wish I would have thought about writing the rule to include a variable fee." — Former Arizona DHS Director Will Humble

A bill co-sponsored by nearly the entire Legislature, Senate Bill 1420, would change the equation. It would bring down the cost of a medical marijuana card from $150 a year to something more reasonable — something lower-income or fixed-income people could afford.

For many people, the best part is that it would also mandate state-regulated testing for mold and other contaminants in medical marijuana.

But would the bill trade the state program's high annual surpluses for annual deficits that could end up costing  taxpayers?

According to the state's budget office, the answer is yes.

The Joint Legislative Budget Committee (JLBC) produced an analysis recently that showed SB 1420 would cause the medical marijuana program to fail to pay for itself.

State Senator John Kavanagh, a Republican from Fountain Hills, mentioned the state analysis in a January 31 senate Government Committee hearing, pointing out to panel members that the program would be underfunded if the bill became law.

The bill would lower the annual card fee from $150 ($75 for food-stamp recipients) to $50 for new patients and $25 for renewing patients.

Phoenix New Times requested the state analysis last week. On Thursday evening, New Times received the updated budget analysis on SB 1420. The analysis was also sent to the bill's sponsor, Sonny Borrelli, a Republican from Lake Havasu City, and to Kavanagh, explaining that previous numbers given to Kavanagh were preliminary. The numbers didn't change too much from those Kavanagh had mentioned at the hearing, though.

It turned out that the analysis didn't take into account a key factor: the ongoing rise in the number of patients.

The patient population has grown a spectacular 29 to 47 percent annually since 2014.

If Arizona's eight-year-old program were a Wall Street stock, everyone would be buying it.

With a higher patient count, the numbers show that the program could keep funding itself without need for tax dollars.

But much depends on how much the DHS spends each year in its mission of oversight, fee collection, certification, and other duties for the program.

The feature that excites people the most about SB 1420 is that it ends the free-for-all created by the 2010 law's total lack of mandatory quality standards.

The bill would require the DHS to come up with testing standards for mold and other contaminants, and to perform on-site inspections of dispensaries and caregiver cultivation operations. Trouble is, the new responsibilities would add another $2 million a year to the cost of running the program by introducing a new system for regulating the private testing of medical cannabis products.

The extra money would come on top of budget increase the DHS already has planned. Remember that $11.7 spent last year? This year, the DHS said it will spent $16.9 million.

Nicole Capone, spokeswoman for the DHS, said the agency was unable to respond immediately to questions about why the agency will spend so much more this year.

But assume the DHS does, in fact, now need $16.9 million a year to run the program. The JLBC says that SB 1420 would cut the program's annual revenue in half because of the lower card fee.

Instead of a yearly surplus, the program would run an annual deficit of $6.3 million.

If, on the other hand, the DHS kept its spending to what it spent last year, $11.7 million, the program would suffer a shortfall of only $1 million a year, JLBC fiscal analyst Morgan Dorcheus wrote in the brief analysis.

However, Dorcheus' analysis assumes the same number of patients — about 150,000 — next year as there was the year before.

There's no reason to think that would be the case.

If the program grows at its normal pace this year, lowering the card fee to $25 to $50 would still produce surpluses for the state each year if the DHS could keep to last year's budget.

It may not be possible to rein in spending at DHS for the program because of recent expansions of the program. The number of state-authorized dispensaries increased from more than 90 to about 130 in the past couple of years. And as mentioned, the patient count is way up —  from about 115,000 in 2016 to more than 153,000 last year.

Former DHS Director Will Humble set the current fee in 2011.

The high cost seemed more justified back then, he said, because of the significant costs for the state in starting the program from scratch. Humble figured the "robust" certification process would limit the program to about 25,000 patients.

The prediction could have been better.

"I wish I would have thought about writing the rule to include a variable fee," said Humble, who's now the executive director for the Arizona Public Health Association.

For example, he explained, the program rules could have included a provision that charged a certain amount at 25,000 patients, half that amount for 50,000 patients, and so on.

"The director could set the fee annually on July 1 of each fiscal year using the formula. That would provide steady revenue and ensure that the fee is set appropriately," Humble said. "I didn't think to do that, sadly."

The card fee has become something of a sore point for the state agency.

Last year, two Arizona patients sued the DHS agency over the fee: Lisa Becker, who's on a fixed income, and Yolanda Davis, caregiver to a 12-year-old with epilepsy.

A Maricopa County Superior Court judge rejected their arguments last May, but in November they requested a review by the state Court of Appeals. One of their lawyers, Steve White, is the CEO of Harvest of Arizona, the state's largest dispensary chain.

Up to 350,000 Arizonans have been patients at one time or another, but aren't anymore. DeMenna said these former cardholders have been "priced out of the market."

"Basic economics" suggest that revenue goes up, not down, when the price is lowered on a popular product, because more people can buy that product, he said.

The JLBC analysis suggests that the patient population would have to double to slightly more than 306,000 to pay the DHS' estimated annual bill if SB 1420 became law.

Arizona Joint Legislative Budget Committee
Or, the State Legislature could tweak SB 1420 to lower the card cost, but not as much as currently proposed.

Doing the math, the state could charge $95 for initial patients and $70 for renewals to achieve parity in DHS expenses versus revenues. But that's using the 2017 patient count.

Taking past growth into account, a fair card cost should go even lower to avoid continued surpluses. The state could continue to give food-stamp recipients a discount.

Potentially, DHS expenses to manage the program could level out as even more patients sign up.

As New Times reported last week, the possibility that more patients will sign up than usual could sink SB 1420.

Kavanagh and a few other Republicans fear that an increase in the number of patients, because of a lower registration fee, would run counter to their mission of keeping cannabis possession a felony for most Arizonans.