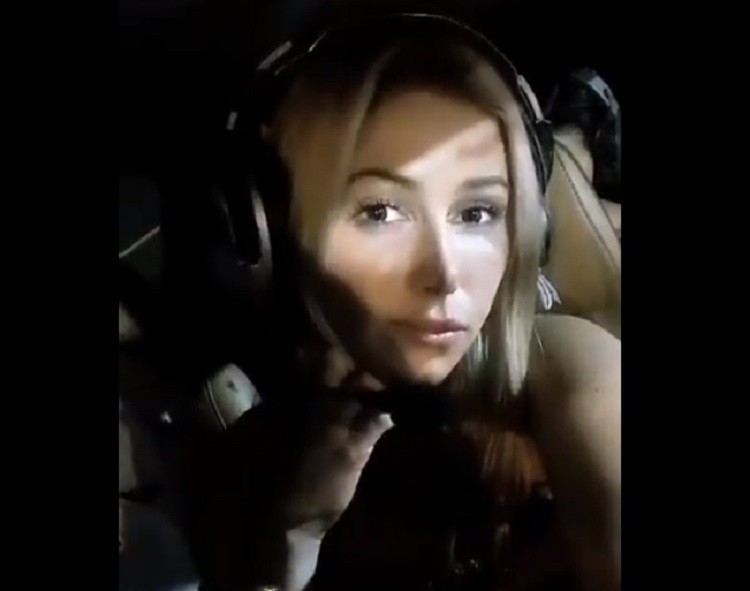 Facebook
Mariah Coogan texted a selfie video to a friend on Monday night, minutes before her airplane crashed into the ground, killing all six people aboard.

Victims in a horrific plane crash late Monday night in Scottsdale were planning to fly to Vegas to party with friends, social media accounts show. (UPDATE: See below for official list of victims' names, released on April 11, 2017, by Scottsdale police.)

Six people died when the Piper PA-24 Comanche plunged into the TPC Scottsdale Champions Golf Course and exploded into flame after taking off from Scottsdale Airport about 9 p.m. Nobody on the ground was hurt.

Scottsdale police spokesman Sergeant Ben Hoster could not confirm the victims' names, saying an investigation team from National Transportation Safety Board was scheduled to arrive in Scottsdale about noon.

Facebook and Twitter filled with sorrowful messages from the victims' friends on Tuesday. A Facebook friend of the victims posted videos and photos that appear to have been shot minutes before the crash.


"RIP Anand Happy Patel," Marcus Walls tweeted on Tuesday morning. "He was on his way to come party with us in vegas from Scottsdale and his plane crashed. Was my favorite guy to party with."

Walls included a link to the Facebook site of Jeremy Gail, who wrote on his site early Tuesday morning that the victims included Anand "Happy" Patel, Mariah Coogan, "Helena L.," and pilot James Pedroza. Gail wrote that he could not confirm the names of two others who were on board.

Gail wrote that Pedroza bought the Piper Comanche four years ago. Gail didn't respond immediately to a request for comment.

"I can’t believe I’m reading this. My heart is completely broken," Facebook user Christina Sharp wrote on Gail's site, one of dozens of people who gave their condolences on the site.

"Just got the news and my heart is broken," wrote Natalie Dauer. "I'm in total shock. Can’t stop [bawling.] Can’t believe we were texting as he was getting on the plane. Can’t believe it."

Two videos posted by Gail show Coogan, a fashion model, boarding the plane, then filming a selfie as she sat in the plane's back seat. Two people can be seen seated behind her.

Akash Patel of Dallas mourned the loss of his twin brother on Twitter:

"I have never felt so empty," Patel tweeted. "I lost my only brother - my young and dynamic 26-year-old twin last night to a plane crash in Scottsdale, Arizona. He was a point of light who brought happiness to thousands around the world. RIP Anand Happy Patel ... I love you."

UPDATE: From Scottsdale police: "At this time, we have established the preliminary identification of all six victims and made family notifications. Final verification will be established through pending medical exams with the Maricopa County Medical Examiners’ Office. The six victims are: