Lauryn Hill Is Coming to Phoenix 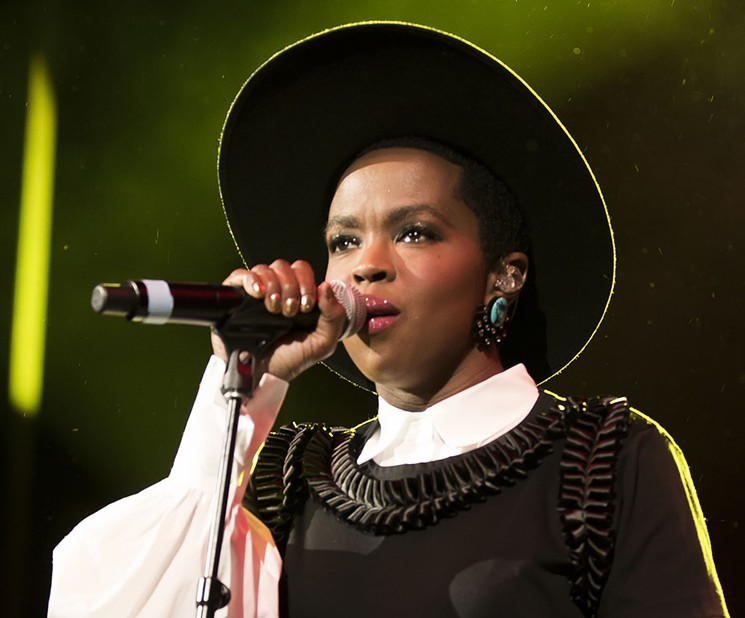 Zee Peralta
Lauryn Hill at Comerica Theatre in 2016.
For the last 20 years, Ms. Lauryn Hill has strummed our pain with her fingers and sung our lives with her words. And now, she’s bringing Miseducation to Phoenix.

The Fugees star recently announced that she’ll embark on a 2018 tour celebrating the 20th anniversary of her debut album, The Miseducation of Lauryn Hill. And it's coming to Phoenix.

Hill is scheduled to perform at Comerica Theatre on Saturday, September 22. As to whether or not Hill will actually show up to do the show, that’s a different question. Hill has gained a reputation over the years for no-showing to concerts or arriving hours late to the venue.

The Miseducation of Lauryn Hill was a critical and commercial success right out of the gate. It topped the Billboard charts, went platinum eight times in the U.S., garnered 10 Grammy nominations, and took home five Grammy Awards.

Recorded mostly in Kingston, Jamaica, the album’s mix of hip-hop and neo-soul was inspired by Hill’s pregnancy at the time. On songs like “Ex-Factor,” “Everything Is Everything,” and “Doo Wop (That Thing),” Hill sang about daily struggles with warmth and grace. It hasn’t aged a day since its release.