Benjamin Leatherman
Phoenix is a major hotspot for Cinco de Mayo, y'all.

Thanks to Arizona’s border state status and our fascination with Latino culture, the holiday is a big to-do in the Valley. And there’s typically a lot happening around the Valley each year.

Besides all the parties at bar and clubs, there are also cultural events and traditional celebrations (like the annual Cinco de Mayo Phoenix Festival) and various specials at our city’s wealth of Mexican restaurants.

In other words, May 5 is always muy ocupado with activity here in the Valley.

That’s why we’ve put together a roundup of everything you need to know about Cinco de Mayo 2018 in Phoenix.

It includes all the events and fiestas happening (ranging from tequila-filled fiestas to more traditional celebrations), as well as a rundown of restaurant specials, and an exploration behind the deeper meaning of Cinco de Mayo.

We’ll also tell you how to get home safe. 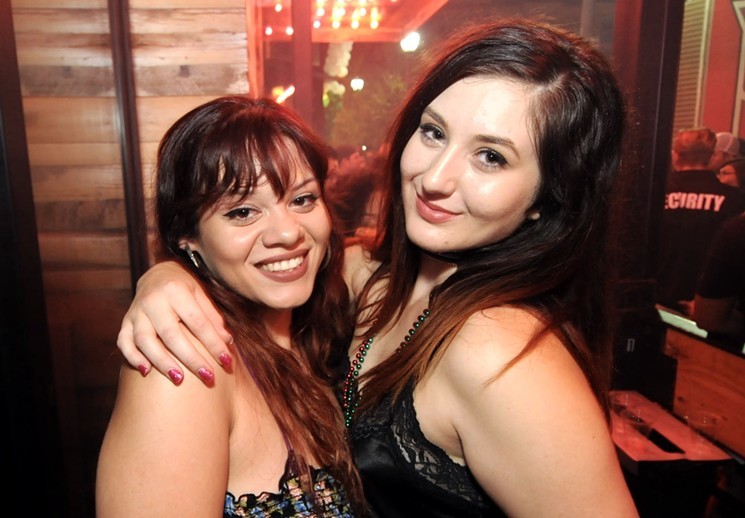 There's going to be a whole lotta Cinco celebrations in Phoenix this year.
Benjamin Leatherman
The 30 Best Cinco de Mayo Parties in Phoenix in 2018

Whatchu know about Cinco de Mayo? Probably not as much as you think, cabrón, given all the misconceptions out there about the holiday.

First, it isn’t Mexico’s Independence Day. It's a celebration of the country’s unlikely defeat of the French back in 1862. As a matter of fact, it’s not even widely celebrated in Mexico. Here in America, however, it's a big deal and used as an excuse to down as much tequila and cerveza as possible.

And you can do just that at any of the numerous Cinco de Mayo events, parties, and fiestas taking place at bars, restaurants, and other venues across the Valley on Saturday, May 5. Read More

Live the dream and party with A.C. Slater on Saturday.
Courtesy of FleurComGroup
Great News: You Can Spend Cinco with Mario Lopez

The polar ice caps are melting, machines are taking our jobs, bees are dying by the millions, and Vladimir Putin is riding bare-chested on a pale horse. We are truly living in the End Times, folks. Which is as good a reason as any to go to the Scottsdale Civic Center Plaza on Saturday, May 5, and party with Mario Lopez.

When nothing matters anymore, you might as well slam down some vodka Red Bulls and bro out with A.C. Slater.

The TV star, Emmy Award winner, and Saved by the Bell actor Mario Lopez will host a Cinco de Mayo party from 11 a.m. to 6 p.m. Obviously, it is billed as Cinco de Mario. Read More

Be sure to order the Mexican Flag Chimi.
Macayo’s Mexican Restaurants
12 Places for Cinco de Mayo 2018 Dining in Metro Phoenix

Though Cinco de Mayo’s origins date to 1862 and the Battle of Puebla, it has become quite clear that food and drink specials have become an add-on to the holiday traditions. And the Phoenix area’s many Mexican – and some non-Mexican – eateries have some impressive menu items geared to Saturday's holiday.

Get ready for some house margaritas, street tacos at the ready, and even a Cinco de Mayo Match Cooking Class. Read More

Getting arrested for DUI is no bueno.
defense.gov
Where to Expect DUI Hotspots, Save on Lyft Fare This Cinco de Mayo

Cinco de Mayo is upon us — and that means blanket DUI enforcement is upon us, too.

We have the 411 to prevent you needing 911 on one of the heaviest days on the calendar for drinking and driving.

With May 5 falling on a Saturday this year, some motorist-partiers may need extra help avoiding trouble. Read More

The Cinco de Mayo Phoenix Festival has been going for 25 years and is one of the more tasteful celebrations of the holiday.
Benjamin Leatherman
Drunk With History: Celebrating Cinco de Mayo in America

If you didn’t know any better, you’d think that Cinco de Mayo is some mysterious phenomenon or secret cult ritual. It’s not, of course. The date marks an event that took place more than a century ago: the Battle of Puebla, on May 5, 1862, when Mexico’s impoverished army defeated Napoleon III’s vastly better-equipped French troops near the city of Puebla.

In Mexico, this David-versus-Goliath episode is celebrated mostly only in Puebla, where it’s commemorated with family-friendly activities like historical re-enactments and a parade. In the U.S., it’s been commemorated in some form or another since 1863, evolving into a distinctly Mexican-American civic holiday that’s often recognized with parades, pageantry, and open-air concerts.

Oh, white people: They sure love turning other cultures’ holidays into an excuse to tie one on.

But maybe you don’t wanna take your chances on the streets during Cinco de Mayo, one of the Valley’s favorite amateur-drunk nights? We can’t say we blame ya. A better option might be to host a little house party and play a round of “Drinco de Gringo,” New Times’ newfangled Cinco-themed board game. Read more