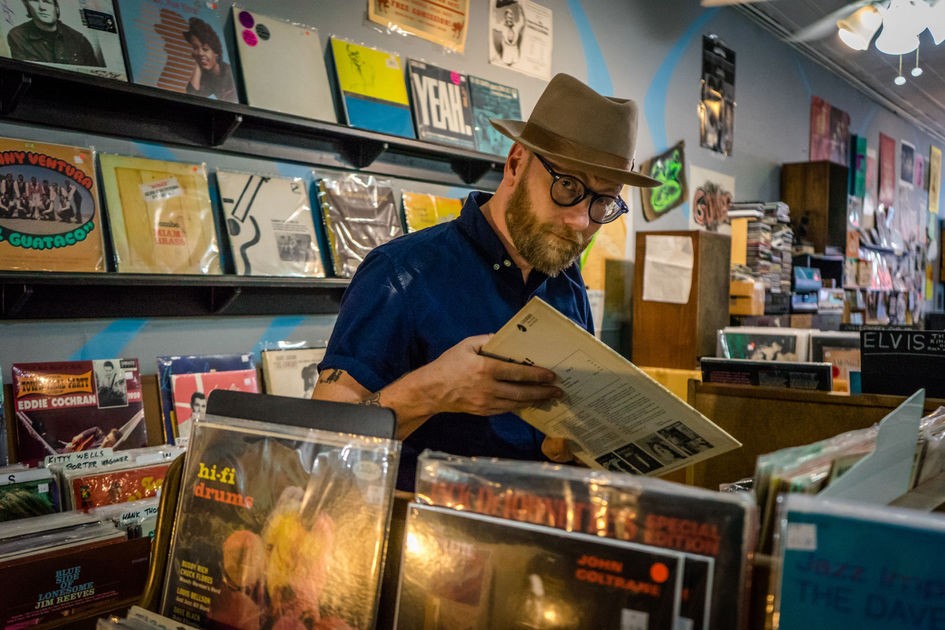 Rachel Hurley
Mike Doughty is scheduled to perform on Sunday, March 24, at Crescent Ballroom.
We’ve pretty much hit peak springtime in the Valley. The weather’s awesome, the smell of wildflowers are in the air, and festivals are very much in abundance. This weekend’s concert calendar reflects this, as a ton of music fests and outdoor concerts will be happening from Friday, March 22, to Sunday, March 24.

There are also concerts both enormous (Garth Brooks) and intimate (Mike Doughty), as well as this year’s edition of the Vanishing Show, Pho Cao celebrating a big anniversary, and a dance party parodying the infamous Fyre Festival (we’ll assume you’ve seen the Netflix or Hulu docs by now).

Details about each of these shows can be found below in our list of the best shows and music events happening in the Phoenix area this weekend. And for even more live gigs happening around the Valley, hit up Phoenix New Times' online concert calendar.

Although metalcore was born (and is still very much centered) in the suburbs of America, Asking Alexandria plays it convincingly well for a bunch of Brits. These dudes, who got together in 2008, have spent a good amount of time touring and recording stateside while steadily building a devoted following both nationally and back home.

This weekend, Asking Alexandria will be the featured band during KUPD’s first-ever “Unscripted” at Club Red in Mesa. Described by the local radio station’s website as a “private event where anything goes,” the event will include live podcast hosted by KUPD personality Larry McFeelie and Asking Alexandria and a four-song acoustic set by the band. The event takes place at 1 p.m. and tickets can be obtained by listening to KUPD (more info can be found here). Bree Davies

For a 20-something who waited until after she finished her undergraduate studies before really diving into the dance music scene, the intuitive Daniela Niederer (better known as indie dance producer Nora En Pure) may still be green, but she's quickly carved out her own , melodic house niche in the ever-evolving, often overly dark electronic music realm, and it's currently taking her all over the world, from Coachella later this year to club gigs around the world.

Her 2013 breakout hit "Come With Me" introduced the world to her refreshing brand of deep indie-house and spent seven months in the Beatport Top 100. After releasing her 2016 Morning Dew EP, a warm, forward-moving double track textured with piano-driven melodies and airy guitar riffs, Nora has enjoyed a surge in popularity over the past couple of years as the EDM craze has shifted gears from big-room bangers to a more toned-down, tropical house sound. Falyn Freyman 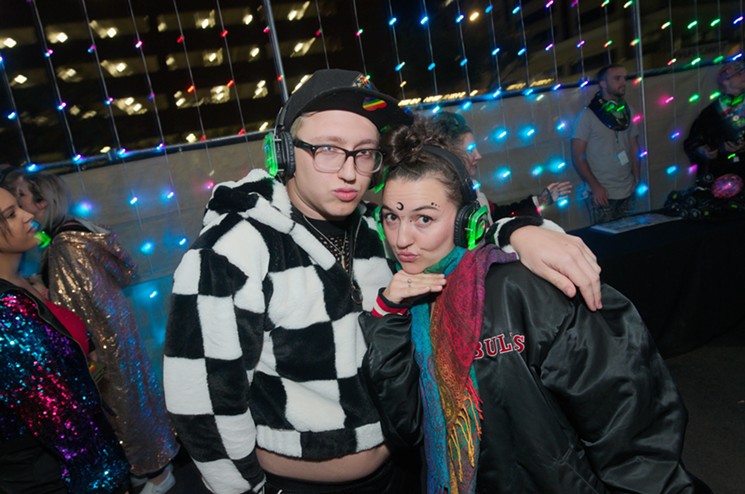 One of the most important things about maintaining a solid music scene is actually caring about it. Besides attending the occasional show or buying merchandise from their favorite musician, the average listener of the average music scene doesn’t support beyond that. Without sustained support for the community, it is hard for a scene to truly showcase, and promote, the hidden talent it holds.

Locally, events like the Full Moon Festival, the increasingly popular multigenre festival, are specifically designed to shine a light on some of the amazing artists that are on the rise. Founder and cultivator 31-year-old Jonathan Luther, once a musician himself, understands the importance of movements like these and hopes his efforts will help.

“I want to do whatever it takes to serve the Phoenix artistic community,” Luther says. “Our goal is to make it the number one platform for local Phoenix artists to get their name out there.”

True to form, the latest edition of the festival, which takes place on Friday night at The Pressroom, will feature performances by a slew of local musicians and DJs. The lineup will include sets by such artists and acts as Black Bottom Lighters, The Hourglass Cats, Twin Ponies, T.O.S.O., Weird Radicals, Veloces, Big , Dylan Heckert, Dark Mark, Sam Groove, Smoakland, Kyotari, , Dustin Zahn, Rolando Hodar, and many others. Doors open at 8:08 p.m. and admission is $20. Jaron Ikner

Ferry Corsten deserves strong consideration for dance music’s overall best producer. He cranks out a lot of good tunes. As Gouryella, System F, Moonman, Pulp Victim, and Albion, he has more aliases than a crook on the run. His 1998 single "Out of the Blue" is framed on the hallowed walls at Armada Music headquarters in Amsterdam.

In 1999, Corsten made "Gouryella," which sounds like a flight through clouds on the back of Falkor the . “Tenshi,” “Beautiful,” “Exhale,” “Festival Crash,” and a list of hits longer than a CVS receipt followed. He’s not slowing down. This year with Paul Oakenfold, he released another trance anthem, “A Slice of Heaven.”

“I’ve gone on Discogs.com a few times, and it’s amazing to see all the music I’ve made. Honestly, I don’t remember them all,” he says. Elvis Anderson

The Pho Cao Seventh Anniversary Celebration will commemorate the Scottsdale restaurant’s lucky number of years in business, but also feature a great lineup of local bands the establishment has featured over the years. Over a two-night period, performers ranging from the bizarre (in a good way) Bear Ghost to the bluesy jams of Banana Gun will take the stage. Also appearing will be Ali A and the Agency, Jake Dean Band, The Sugar Thieves, The Woodworks, The Whitherward, Southwest By Midnight, Break the Robot, and Ben Anderson. The bands take the stage at 7:30 p.m. on both Friday, March 22, and Saturday, March 23, at Pho Cao. Tickets are $8 to $12, which includes complimentary food. Jason Keil

Garth Brooks is unequivocally the most successful and noteworthy artist in country music history. Because of that, tickets for his massive concert later this month at State Farm Stadium in Glendale sold out long ago, although some are available on the secondhand market.

Now, how did Garth Brooks become not only the king of country but one of the most successful acts in music history? Simple, by creating catchy tunes that fit right into country radio, one of the few terrestrial radio formats that still thrives today. Those tunes, in turn, led to millions upon millions of albums sold and No. 1 hits aplenty.

Some of Brooks’ best tunes certainly thrived on country and pop radio. “The Dance” is one of the best country songs of all time. Same for hits like “Friends in Low Places,” “The Thunder Rolls,” and “Rodeo.” The list goes on. You’re likely to hear these same hits echoing throughout State Farm Stadium during his upcoming concerts, if you can nab some tickets, that is. Clint Hale