Desert Botanical Garden
Night time is the right time to visit the Gardens.
It's time to make plans, Phoenix. This weekend, you can show off your craft skills at Arizona Craft Rave, take a peek at desert life at night during Flashlight Tours, or take a quick weekend getaway during Grand Tour of the Solar System. For more things to do, visit New Times’ calendar.

Maybe you’ve dreamed of creating a diabolical robot to help you rule the world, but you’re a tad weak in the building robots department. Artist Jordan-Alexander Thomas can help you with that during the Arizona Craft Rave happening on Friday, June 28, at Changing Hands Bookstore, 300 West Camelback Road. He’ll be there with mini-robot parts and tips for putting them together. So will several other creatives, with projects ranging from felt succulents to animal ornaments. The event runs from 5:30 to 10:30 p.m. Get your $4 timed admission tickets for 5:30 or 7:30 p.m. entry online, then buy activity tickets on-site to try various crafts that interest you. Odds are, you’ll feel less stressed after having some creative time. So maybe you can skip the whole world domination thing after all. Lynn Trimble

Let’s be honest: The Phoenix Mercury haven’t gotten off to the best start this season. With All-Star Diana Taurasi recovering from back surgery, it’s been tough for the team to get into a scoring groove. The good news is that it’s not too late in the season to turn things around. The Indiana Fever continue to rebuild their squad, which seems like the perfect opportunity for the Mercury to rise to the top.

Art Heals is more than a teenage talent show. It’s a way for mistreated children, many who come from foster homes, treatment centers, and homeless shelters, to tell their stories and heal their emotional wounds by expressing themselves artistically. This event is the culmination of the Theater Camp put on by the Free Arts for Abused Children of Arizona. The teenage participants tell their stories through acting, music, dance, and poetry.

There are two performances at 4 and 7 p.m. on Saturday, June 29, at Herberger Theater Center, 222 East Monroe Street. There will also be an art activity in the lobby starting at 6 p.m. This is a free event. Jason Keil

If you’ve been to the Desert Botanical Garden when the sun is out, then you still haven’t seen everything. Night time is the right time to visit the 140 acres of this beautiful desert landscape. During the Saturday night Flashlight Tours, visitors grab a torch and explore all the plants and animals that come out at night. There will also be delicious food and drinks to sample.

Grand Tour of the Solar System

Do you want to make a quick weekend getaway? Instead of driving to San Diego, hop over to Arizona Science Center’s Dorrance Planetarium, where you can visit Pluto for the afternoon during their Grand Tour of the Solar System show. During the immersive presentation, you can learn about the orbit of Neptune’s moons or the properties of water on different planets. This is one trip that’s out of this world.

One second you’re driving along the lunar landscape, mining elements to help power Earth. Then, you crash your rover. Next thing you know, you’re waking up from a bad hallucination and hearing your robot companion chatting with the corporate overlords that sent you into space. You’re isolated and suspicious — what’s next? See how astro-laborer Sam Bell fares, especially after learning he may not be the only man on the moon after all, when Alamo Drafthouse Chandler screens the 2009 psychological sci-fi film Moon. Directed by Duncan Jones and starring Sam Rockwell, it’s being shown at 5 p.m. on Sunday, June 30, at 4955 South Arizona Avenue. Tickets are $8, even for robots. Lynn Trimble 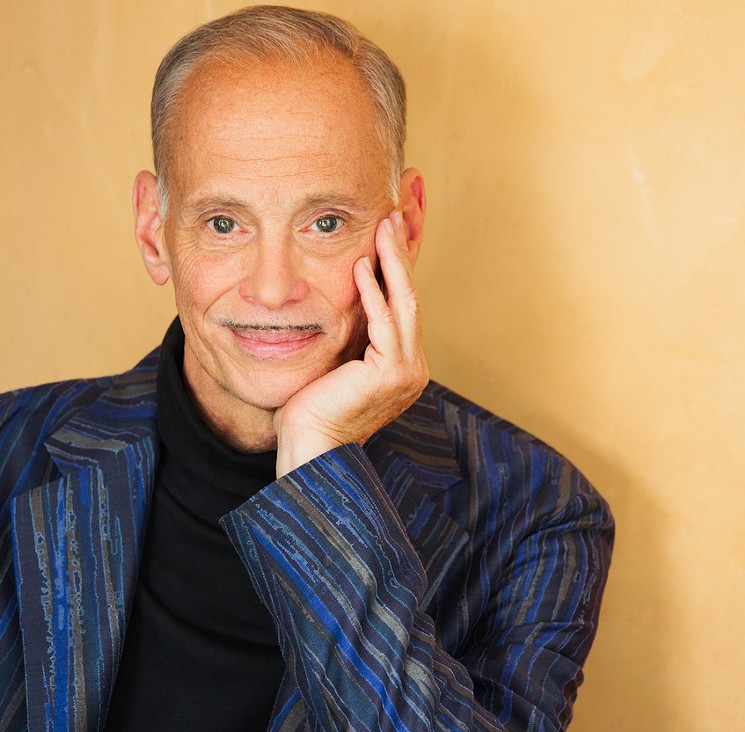 John Waters is still notorious for his trashy cult films Pink Flamingos and Female Trouble, but his respectability has increased over the last several years. This is due in no small part to his famous commencement speech at the Rhode Island School of Design, which became the basis of the 2017 book Make Trouble.

The Hairspray director spills the tea on the making of his films for his one-man show titled This Filthy World. He will also do a meet-and-greet and sign copies of his book Mr. Know-It-All after the show.

You could say Jay Pharoah made an impression on Saturday Night Live with his spot-on takes on Barack Obama and Denzel Washington. If you want to know what the comedian is truly capable of, stop by StandUp Live and see him step behind the mic. Sure, he’s going to riff on Drake from time to time, but he also tells humorous vignettes about his childhood and his encounters with celebrities.

The laughs begin at 7 p.m. on Sunday, June 30, at 50 West Jefferson Street. Tickets are $25 with a two-drink minimum. Jason Keil