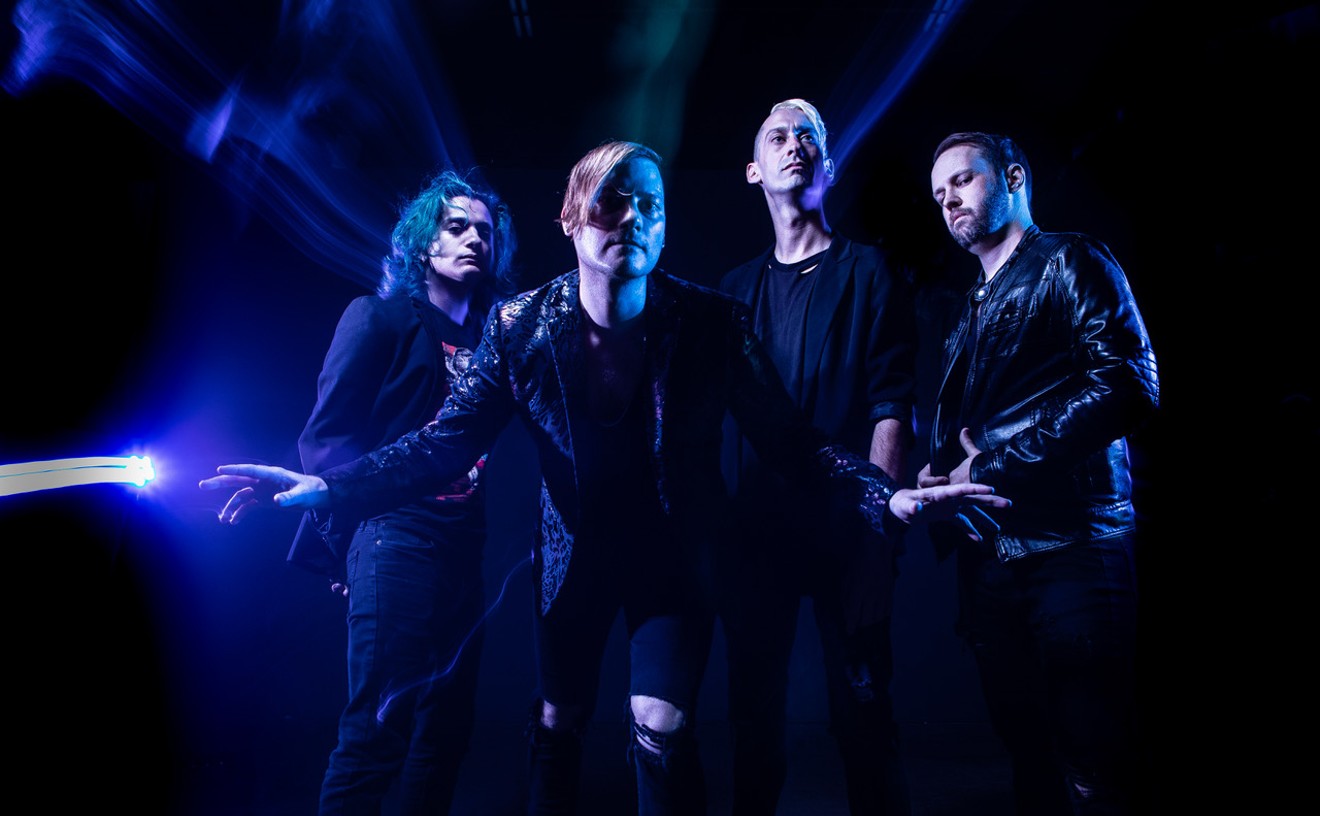 Even in a city like Phoenix, where the music is diverse, some bands can fall into a routine. The shows start to feel the same, and musicians eventually burn out and fade away.

Harper and The Moths knew they were falling into that trap. The east Valley quartet were going at a pretty steady clip since they formed in 2013, playing a few shows a month while recording and releasing new tracks. After successfully building a following and releasing three EPs, the band were exhausted. They made the bold choice to sit things out for a while.

“We started out saying that we just want to have fun and to write the best music we possibly could,” says lead singer Harper Lines. “There was never any goal of getting a deal. We just want to be the best at what we do. We took a break and spent a year to write as many songs as possible.”

The band, which include bassist David Campbell, Etti Bowen on percussion and keyboards, and guitarist Salah Moharram, whittled down the 50 songs they had written to 12 for Dark Enough To Dance. They will debut their first full-length album on Friday, July 5, at Crescent Ballroom for an all-ages show with El West, Whstle, New Heat, and Sugar Skulls.

Lines and Campbell agree that the thematic dance record focuses less on blues rock for more of a new disco feel. Lines pits his powerful vocals against a polished digital soundscape and the occasional Nile Rodgers-esque rhythm guitar. Listeners might catch a tip of the hat to Billy Idol and Let’s Dance-era David Bowie, but the group are clearly riding their own groove.


Local musician Danny Torgesen’s trumpet sounds off on the album’s first single, “Your Love.” The song is accompanied by an exuberant 360-degree music video that took several months to produce. In the clip, the band are headlining a dance club and head offstage to join the audience in the sea of lights and glitter. It takes a few viewings to catch all the little details. The video was choreographed by Fairy Bones’ Chelsey Louise.

“We’re supposed to be a dance band, but we’re not great dancers,” Campbell says. “We had to work at it.”

But Dark Enough To Dance isn’t just about getting indie kids to stop standing on the dance floor. The album’s title is a hint of the heartbreak inside. Lines hopes the lyrics hit listeners on an emotional level. Songs like the moody “Bodyheat” were written when the vocalist was going through a breakup. He was initially hesitant to be so open about the situation but the track’s honesty is what really makes it resonate.

“It’s a pop record to a degree, but Harper’s lyrics are not pop lyrics,” describes Campbell.

“After talking about [the song] with some friends, they said that’s perfect,” Lines says. “Even if it’s not how you feel now, you meant it then. Even if it’s raw and you weren’t in the right headspace, people are relating to that more than to you self-censoring.”

With Harper and the Moths slowly emerging from their cocoon to hit the stage once again, Lines hopes it isn’t too late to show Phoenix what they can do.

“I hope people haven’t forgotten us because I think the record is really strong,” Lines says. “We’re really proud of it.”