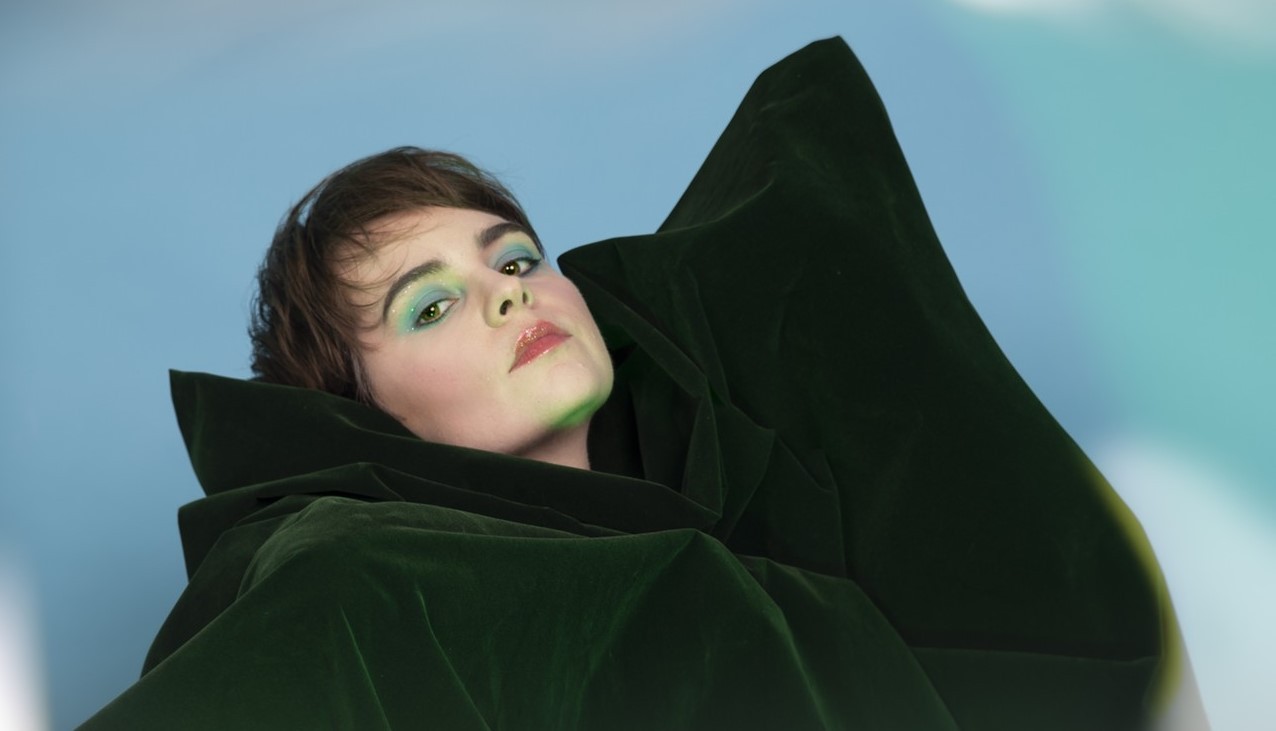 Jackson Montgomery Schwartz
Emily Cross sings the songs that make the underworld go round
The best record covers give you a feel for the music before you hear a single note.

The artwork for Cross Record’s 2019 self-titled album, which depicts a kayaker paddling towards a gray and misty horizon, does just that. Its ethereal Bardo folk music is the sound of transitions, of bodies and emotions and spirits moving into the unknown. If Charon had a tape deck in his ferry, the record’s 11 tracks would be part of his steady rotation of jams. Cross Record finds Emily Cross embracing an almost mantra-esque cadence to her vocals.

“Maybe I’m drawn to sounds that are more droney and hypnotic,” Cross muses over the phone.

On songs like “PYSOL My Castle” and “I Release You,” Cross sounds like a guide, a siren urging the listener on through the hazy textures of the music. Weaving electronics together with flutes, cello, viola, keys, and clarinet, the music on Cross Record recalls the graceful and glacial pace of late-period Talk Talk. It wouldn’t be hard to imagine Mark Hollis’s voice in place of Cross on some of the tracks.

Cross Record’s love of slowcore sounds should come as no surprise, considering Cross’s involvement as one-third of Loma, the trio she formed with Shearwater’s Jonathan Meiburg and Dan Dyzszynski. Dyzszynski and Cross used to be married and were close collaborators on past Cross Record albums.


Cross Record is an album of transformation in more ways than one: It follows a tumultuous three-year period in which Cross got divorced, quit drinking, and found a new career as a death doula. Working as a kind of midwife for the dying, Cross and other doulas help clients and their families come to terms with the end of life and prepare them for the ugly logistical challenges the living have to deal with afterward.

“I didn’t realize how much there was to do at the end of life,” Cross says, reflecting on her training in her new occupation, “all the paperwork and red tape and the financial aspects that people have to deal with after someone has died.”

In addition to touring her new record, Cross is also performing Living Funeral ceremonies in select cities across the U.S. These are live rituals that are meant to put people in touch with their mortality and help them come to terms with it.

When asked about how audiences respond to these ceremonies, Cross says that they’re almost always positive about their experiences. But people do go into them with some anxiety, a tendency that Cross thinks reflects our culture’s discomfort with the subject of death.

“You know, 100 years ago we were dying at higher rates because the medical industry wasn’t as advanced as it is now, but we also weren’t routinely embalming bodies,” Cross says. “People still had folks dying in their houses and held funerals at home. So when the funeral industry ramped up and became the new normal, we kind of got separated from our dead. Now some people think that it’s disgusting to look at a dead body, or touch it, or be around it.”

Listening to Cross Record, one can almost picture it as the soundtrack for a beautiful death. Every syllable that passes through her mouth feels like a sigh, an exaltation allowing the listener to let go and let the music bear them away into the darkest, most comfortable corners of their room, like the River Styx pulling spirits toward the underworld.

Cross Record are scheduled to perform Thursday, September 5, at The Trunk Space. Tickets are $8 via Eventbrite.