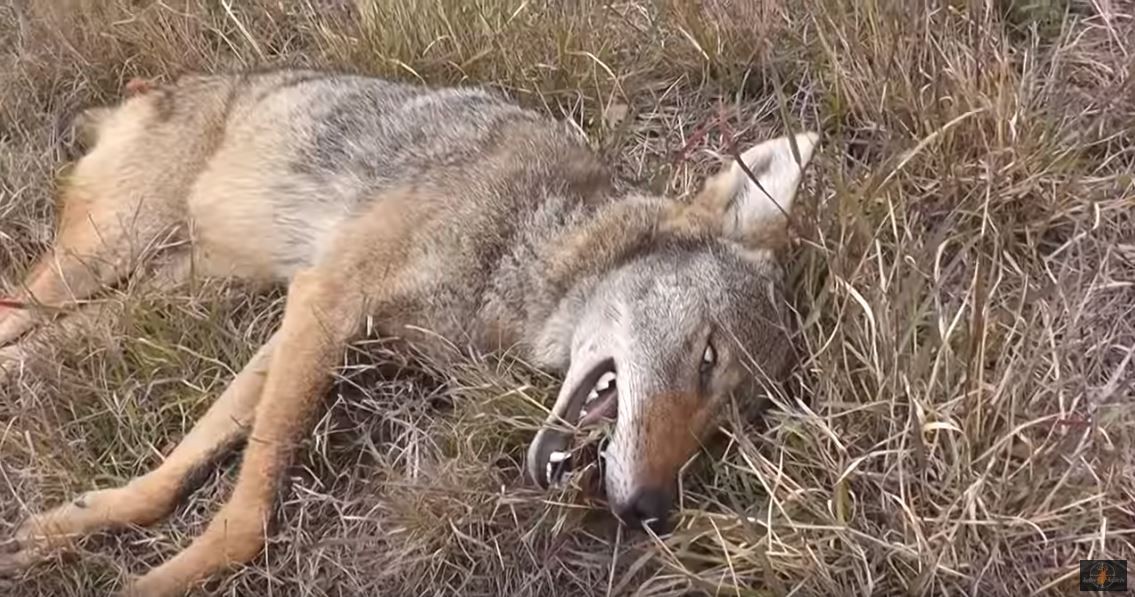 Screenshot from Antler Antics YouTube Video
Wildlife hunting contests have been banned in Arizona. Loopholes may not end them, though.
Arizona this week banned contests that reward hunters for killing the most wildlife, but activists fear the rule’s narrow wording won’t stop organizers from continuing the controversial events.

Arizona’s Game and Fish Commission proposed the ban in April in response to more than 20 "wildlife-killing contests" that are advertised across the state with names like Fox Frenzy, Coyote Carnage, and the Santa Slay, a Christmas-themed slaughter in Yavapai County. The contests, which typically require registration and an entry fee, and award prizes like belt buckles or cash for racking up the most kills, long have stirred outcry from animal advocates who say they’re inhumane and unethical.

But even though activists celebrated Wednesday’s unanimous approval of the change by the Governor’s Regulatory Review Council, they’re skeptical the new rule will change participant behavior. That’s because the rule’s language leaves loopholes that can be easily exploited — and public Facebook comments by some contest participants suggest plots to do so could already be underway.


"Contest participants and organizers have already been saying on social media how easy it will be to circumvent the rule." — Matt Francis, coyote advocate

“If they ban contest [sic] we will still hold them and even more coyotes will be harvested,” wrote Facebook user Ariel Perez in comments on a public June 10 Facebook post from the Arizona Game and Fish Department.

A message left for Perez, who has also used Facebook to organize such contests, wasn't answered.

A comment from another Facebook user on the public page for Call-In the Country, a group that posts hunting videos and has hosted the Santa Slay, reads, “We just need to read the law and word things differently and work it from a different angle. Selling cocaine is illegal but happens daily.”

Hunting with a license is legal in Arizona, and certain animals, including coyotes, can be hunted year-round. The new rule only restricts hunting contests, defined specifically as competitions that charge a fee, require registration, and award prizes or money to successful participants.

According to Matt Francis, a Prescott scientist and coyote advocate, making a contest technically legal under the new guidelines could be as easy as waiving the fee or eliminating the prizes.

“Contest participants and organizers have already been saying on social media how easy it will be to circumvent the rule,” Francis said. “They plan on continuing business as usual.”

Francis and others asked the Arizona Game and Fish Commission to broaden the definition of a contest during a public comment period, but the AZGF declined, saying going any further could unintentionally hurt other hunting-related activities that are permitted in Arizona.

Bob Bogaard, a hunter who has attended contests including the Santa Slay, said that’s a good thing. Youth clubs throughout the Phoenix area introduce kids to the outdoors with hunting competitions that award trophies, he said. Those friendly competitions, he said, would become illegal if the rules were any broader.

But according to Francis and other activists who have been monitoring hunting-related Facebook pages in Arizona since a rule change was proposed, it means the new rule isn’t going to stop participants and organizers from planning contests anyway.

“We know it won’t,” said Lain Kahlstrom, a volunteer for the advocacy group Animal Wellness Action. “We know there’s plenty of guys that are going to continue to do this, and just skirt it, easily.” 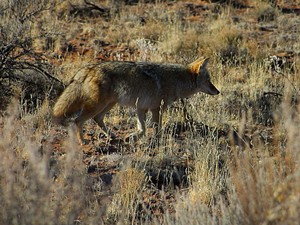 It's legal to hunt coyotes year-round.
Black Velvet / Wikimedia Commons
Bogaard and other contest participants argue the contests, which result in killing dozens of animals at once, help manage predator populations. Bogaard also says they’re a way for him to meet people with similar interests.

“Everybody’s entitled to their opinion, but why take what I like away from me?” he said. “I don’t tell them they can’t do things they do that I don’t agree with.”

Dr. Adrian Treves, who studies coyote control at the University of Wisconsin, said killing contests aren’t effective methods of reducing coyote populations or keeping the predators away from livestock. He said they result in indiscriminate killing that disrupts the animal’s natural groups, causing coyote numbers to increase.

The rule becomes effective in November, 60 days after Wednesday’s decision.

The Southeastern Arizona Coyote Calling Challenge, a contest in Safford, was previously scheduled for mid-November. Its organizer, Wade Sanders, wouldn’t comment on whether the contest will be canceled, but told Phoenix New Times, "if we do move forward, it will be within the guidelines and definitions of the new AZGFD Rule."

AZGFD vice chairman Kurt Davis said Wednesday that the commission will listen to enforcement officials on the ground to see whether they need to crack down on bad actors who circumvent the law.

For animal advocate and Madrean Archipelago Wildlife Center Director Kate Scott, the landmark decision is mostly a success after spending months fighting to end a practice she finds inhumane.

“I’m very, very happy that Arizona has become a state that is making headlines by setting the example and not falling under a dark cloud of barbaric practices aimed at our native wildlife," she said.

But, she added, time will tell whether the contests she decries as gruesome will actually end.

“We have to keep tabs on what’s going on,” she said. “The work is only just beginning now.”