Candlewick
More than two decades ago, writer Robie Harris and illustrator Michael Emberley set out to write a definitive book on puberty, relationships, and sexual health for kids ages 10 to 14.

Harris spent seven years writing and editing the text, an exhaustive rundown on sex and related topics narrated by an inquisitive bird and prudish bee. Emberley spent five years working on its illustrations, from drawings of adults having sex to more interpretative pictures, like a magnet representing sexual attraction and a comic strip-style explainer on menstruation featuring an assembly line "ovary" and anthropomorphic "eggs." Doctors, psychologists, and educators vetted the age-appropriateness and accuracy of the book.

Titled It's Perfectly Normal: Changing Bodies, Growing Up, Sex, and Sexual Health, Harris and Emberley's book was first published by Candlewick in 1994. It soon became a favored text for parents and educators looking for a guide to help them broach the uncomfortable talk with their kids. The book has been published in more than 30 languages in 35 countries and has sold more than 1 million copies.

But to some Republican lawmakers, the book is an obscene and pornographic affront to children, emblemizing the dangers of sex ed as it's taught in Arizona public schools, despite little to no evidence that teachers are using It's Perfectly Normal in classrooms. 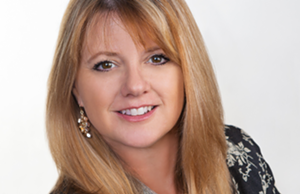 Townsend, who did not respond to request for comment, claimed that the book contains "depictions of teenagers engaged in sexual intercourse."

In her Facebook post, Townsend said a legislative attorney offered her an opinion that "an educational textbook that depicts minors having sexual intercourse, even if not for the sexual stimulation of the viewer, could be a violation" of a state statute against sexual exploitation of minors.

"With this in mind, I am calling on school districts and county library systems to remove any copies of this book immediately," Townsend said.

The Mesa Republican's county library system, the Maricopa County Library District, will not pull the book, spokesperson Andrew Tucker told Phoenix New Times on Monday. Tucker said It's Perfectly Normal meets the library system's collection development policy, which states: "Responsibility for materials chosen and borrowed by children and adolescents rests with their parents or legal guardians. Selection decisions are not influenced by the possibility that materials may be accessible to minors."


None of these critiques are novel. Since It's Perfectly Normal's publication more than a quarter-century ago, social conservatives across the United States have called for schools and libraries to censor the book in the name of protecting children, claiming that it amounts to nothing more than a sexual how-to guide for kids. The book has repeatedly appeared on the American Library Association's list of most frequently banned books.

Illustrator Emberley, who spoke with Phoenix New Times over the phone, said most of the book's critics have either not read or misread his and Harris' work.

"What we are doing is not pornography. Pornography is fantasy. There is no intention in pornography to educate in any way," Emberley said. "The material in the book is completely honest and accurate, and the intent of the book is quite the opposite of what is being suggested. It doesn’t give you advice of what to do. It’s just a source of accurate information should you want it. And the main messages are respect for yourself, for others — that sexuality is perfectly normal."

The idea for the book, Emberley noted, emerged during the HIV crisis of the '80s and '90s. A publisher approached Harris, already a well-known children's author, to write a book to help young people understand HIV and AIDS. Harris responded that she could not write a book about the virus without comprehensively addressing sexuality. She realized there was a void in the children's book market and sought to fill it. Harris and Emberley agreed to collaborate on It's Perfectly Normal at a book-signing event. Harris could not be reached for comment.


"Book challenges of this nature tend to rely on language surrounding protecting children when really it is protecting adults from having difficult conversations they don’t want to have." — Nora Pelizzari

Emberley emphasized that the duo spoke with dozens of experts and "double-checked everything 10 times." The illustrator, meanwhile, "re-drew things hundreds of times."

"It’s not exactly like we are reinventing this topic," he said. "Reproductive biology is science. We didn’t have to make anything up."

The introduction of It's Perfectly Normal to Arizona politics likely traces back to Family Watch International, a Gilbert-based conservative nonprofit that has been labeled an anti-LGBTQ hate group by the Southern Poverty Law Center. Family Watch International, which historically has pushed socially conservative policies abroad, has recently focused on restricting sex ed in the United States. The organization has dubiously cast comprehensive sexuality education, as it's known, as encouraging promiscuity among young people. Family Watch International also warns that sex ed "promotes" sexual orientations other than heterosexuality and gender identities other than cisgender.

The group's portrayal of sex ed has little basis in reality. Arizona's guidelines on sex ed make no recommendation for schools to encourage sexual behavior. But the guidelines do require sex ed curricula teach high-schoolers how to say "no" to unwanted sexual advances and emphasize abstinence as the only surefire way to prevent pregnancy and sexually transmitted infections. No mention is made of "promoting" LGBTQ identities, though some public schools teach students about the existence of other gender identities and sexual orientations.

Earlier this year, Family Watch International founder Sharon Slater presented to a conservative audience at a Gilbert charter school. She characterized State Superintendent Kathy Hoffman, a Democrat elected in 2018, as the face of sex ed in Arizona and spoke of an upcoming battle in the legislature over the issue. (Republican State Senator Sylvia Allen, who was present at the talk, confirmed to New Times on Monday that she plans to introduce bills during the forthcoming legislative session related to restrict sex ed, though she did not elaborate on the content of her proposals.)

"It’s not at curriculum in the schools, but we have found it in school libraries," she said. "It teaches students that anything is normal when it comes to sex."

House Speaker Bowers spoke at the Gilbert event after Slater. During his speech, Bowers outlined his conspiracy theory about Planned Parenthood.

Bowers brought up It's Perfectly Normal when he was questioned about his attacks on sex ed days after the Family Watch International event. 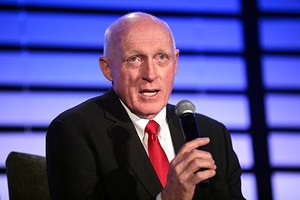 The use of It's Perfectly Normal as a rhetorical tool caught on among Bowers' colleagues. In early December, State Representative Kern mentioned the book during a Tea Party event held at a Denny's restaurant. Kern's characterization of the book deviated even further from the truth.

Comparing It's Perfectly Normal to online pornography, Kern falsely claimed that Democrats want to teach the book to kindergartners.

In response to questions from New Times, Kern said: "Books like It's Perfectly Normal will be given to children as young as 10 years old under the comprehensive sex education curricula being pushed by Planned Parenthood, Superintendent Hoffman, and others."

Richie Taylor, a spokesperson for Hoffman, said there was "absolutely no truth" to Kern's claim.

Planned Parenthood of Arizona spokesperson Tayler Tucker said: "This is a book that Planned Parenthood Arizona recommends as an auxiliary resource for parents and families to help have conversations about sexuality at home, as it is factually accurate and age-appropriate. But this would never be ‘pushed’ on youth in a classroom or be a required piece of any recommended curriculum."

Democratic State Representative Andrés Cano, the youngest openly-LGBTQ legislator in Arizona, called for Kern to resign from his chairmanship of the House Rules Committee over his comments.


The indignation over It's Perfectly Normal in Arizona is an old story that has played out in many other communities.

Nora Pelizzari, a spokesperson for the New York-based National Coalition Against Censorship (NCAC), said her organization often intervenes in attempts to censor It's Perfectly Normal. The book's author, Harris, even sits on the NCAC's board of directors.

Pelizzari said that, like legislators in Arizona, people who challenge It's Perfectly Normal tend to argue that the book is obscene or pornographic. That's the rationale a Maine woman used when she refused to return the book to a library in 2007, drawing national attention. Legislators in Minnesota have also compared It's Perfectly Normal to pornography in the state's own debate on sex education.

She added: "Book challenges of this nature tend to rely on language surrounding protecting children when really it is protecting adults from having difficult conversations they don’t want to have. This idea of protection does not allow for the honest development and important educational advancement of all students."

Reflecting on the controversy over his book in Arizona, Emberley said it's "a shame" that it's "being used as a political weapon." Still, the illustrator said, reactions to It's Perfectly Normal since it was first published in the '90s has been "overwhelmingly positive."

"It’s a tiny minority of people objecting to it," Emberley said. "I’ve also experienced that some of the people with the loudest voices criticizing the book haven’t seen the book."

He and Harris are working on a 25th anniversary edition.