Blushing Cactus Photography
The Bayou Bandits add some Louisiana soul to Arizona.
Every year on KWSS Radio, I publish a list of 20 local artists I fell in love with the past year.

This week, I give you part one. There is never a lack of amazing music in the Valley, and narrowing it down to 20 is not easy. The list is in alphabetical order, so it's not a "best of" list. The goal is to share a bit of what stuck in my mind this past year. Please follow these artists on social media, give their music a listen, and see them at a show.

Get some Louisiana soul in your life and add Bayou Bandits to your regular listening. They released their first EP in November, and have introduced Phoenix to a gritty, Southern blues-rock that is unique from the desert rock we hear in other Valley blues artists.

The Black Moods made the Billboard rock chart.
Jim Louvau

This trio released their first album in 2012, and they continue to put out hits that climb the charts. Just enough rock to start banging your head, combined with their raw talent and charisma, will make you a fan for life.

An original project created by Todd Middleman of The Instant Classics, this new American rock band will move you to a higher plane. With the release of their debut album, Timing Is Everything, in March, they provide a breath of fresh air to the music scene. I look forward to more from Break The Robot in 2020.

Carol Pacey and the Honey Shakers

I have loved this band for several years. My fandom fire was reignited thanks to their new album, Bliss, which was released in September. They bring a party from beginning to end, proving that “Americana thrash pop” will never die.

If you’re looking for a little reggae groove in your tunes, these guys will take you … higher. They formed in 2016, and their first full-length album, Choice Chillington, was released this past spring. Clint Stevens are tons of fun live and show no signs of “chilling out” in 2020. This beautiful butterfly has had many transformations over the years. In 2019, she found new wings when she dropped the single “Magic Whiskey." She remains one of the hardest-working artists in the Valley. You will see Green at plenty of solo gigs around town, and providing vocals for Scattered Melodies, Killa Maus, and other artists in town. I admire her greatly.

Harper and the Moths
Joe Maier


Harper and the Moths

I still love my rock, pop, and soul. This year, Harper and the Moths brought it with the release of their long-awaited new album, Dark Enough to Dance, this past summer. It is everything my dark/New Wave heart desires.

If you want to get sweaty like New Orleans, then you should get Hot House Orchids in your ears. Their music is a little funk, a little groove, and plenty of party. I dare you not to dance, whether you are listening on Spotify or at a live show. You will lose. 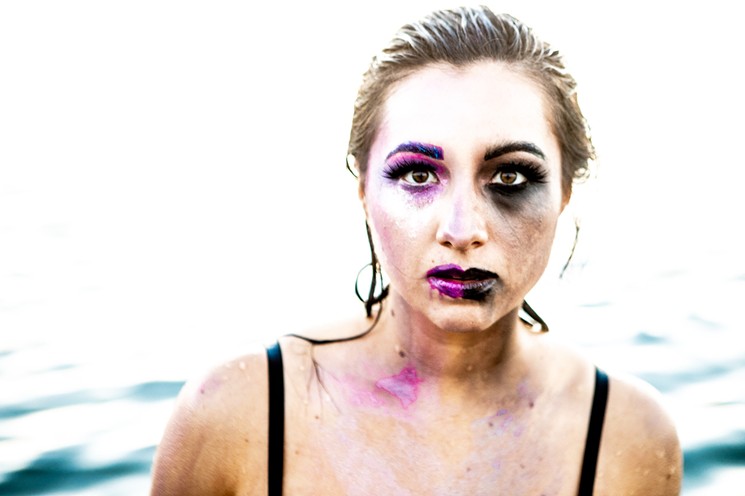 Formed in 2013, this was a big year for Jane N' the Jungle with their new album, Concrete Jungle, coming out over the summer. They have also performed plenty of live shows, not just in Phoenix but in Los Angeles as well. With supreme vocals from Jordan White, they take alternative to a whole new level.

Japhy’s Descent is another band that have been in the scene for many years but recaptured my heart this year. They took a more progressive spin on their music with their new album, Dharmas Flight, and it does not disappoint.

Part two arrives next week. Until then, take a listen to these artists with my Rock Local playlist on Spotify.