In a timeline when it’s hard to discern sincerity from irony, silly from cerebral, the man born Alexander O'Connor is that perfect blend. At the age of 21, he’s both immune to and acutely aware of the world’s complexities. He uses that unique status to shape music that’s a delightful amalgamation of jazz, pop, folk, and R&B powered by joy and vulnerability. He’s a SoundCloud phenom who has since collaborated with Tyler, the Creator and Randy Newman. O'Connor is our shapeless pop culture given endearing form.

It was O'Connor's music that made exploration feel exciting again, a powerful reminder of the rush in romancing a new artist. This is why I was so keen to see him kick off his U.S. tour in Phoenix. I needed to discern if he was the real deal or more bad novelty better left in 2019. Spoiler: It's the former.

Throughout his stacked discography, including last year’s excellent Pony, O’Connor portrays himself both at one with his emotions and also slightly detached, given measure via the distance of recording.

On stage, he’s a deeply charming lil' goober. He's the sort of rock star who hugs his guitar tech or pauses a show to tie his shoes. He's got heaps more fire and chutzpah on stage than some of the "polish" found in his records. 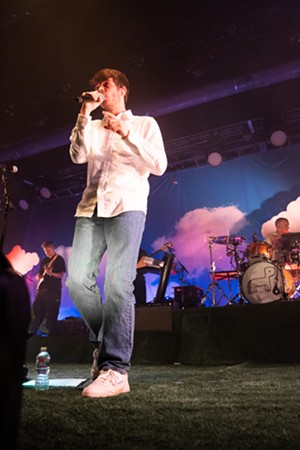 He’s deeply in love with what he does and tries earnestly to engage with the crowd in a way that's never plotted or half-cocked. There was a moment during "Sunflowers" where he asks everyone to put down their phones, and sing so this would be "our moment forever."

It's cheesy, but then that's O'Connor's whole bag. He strikes at the heart of something true in an age where nothing ever is. He's perfected this balance of thoughtful troubadour and goofy BFF (who still gets weird sonically on songs like "Corduroy Dreams").

And the crowd ate up every swell of emotion and aw-shucks moment. If you’re over 25, the chances of knowing O’Connor reduce noticeably. But if you're under 25, he may as well be Bob Dylan. (Or, more accurately, he’s Gen Z's Roy Orbison: not the singular talent of his generation, but a wellspring of great songs that resonate deeply and fully.) Don’t let that split fool you. O’Connor readily transcends those meager boundaries with heart and purpose.

Gen Z just may be his base, but he’s got the commitment to grow along with and beyond this group. Because even at such a very young age, O’Connor's music exudes a wit and grace beyond his years. There were numerous big-time moments during the set, joyous instances that if you didn’t know better were part of some greatest hits collection by a veteran arena act.

Even when he expressed a wish to make people cry in "Television/So Far So Good," people squealed in utter ecstasy. He spent the middle chunk of the show ("Every Way," "Untitled," a soulful cover of Alicia Keys' "No One," "Corduroy Dreams," and "Happiness") alone on stage with a piano and guitar, as if he had the magical ability to serenade everyone personally in this sold-out venue.

None of that's not even getting to the handful of finale-quality jams sprinkled throughout, massive barn-burners like "Never Had The Balls" (with confetti and rainbow lights!) and "Best Friend," which was as dazzling of a singalong as I've ever witnessed. It was all killer, no filler, and O'Connor knows how to wrap fans up in his clutches without ever forcing a single emotion.

If there was any sort of downside, it was slightly odd to end on more "downtrodden" ballads like "Loving Is Easy" and "It's Not the Same Anymore." But if you look at those contextually, it was O'Connor saying goodbye to a summer fling or penning one final goodbye letter to his childhood crush. These were a farewell not with an explosion or even a whimper, but a solemn ode to seeing us all next time.

"This is my first time I've ever been to Phoenix in my whole life," he said early in the show. "Are you gonna show me Phoenix is the best city in the world?"

Perhaps it was O'Connor who did all the showing. 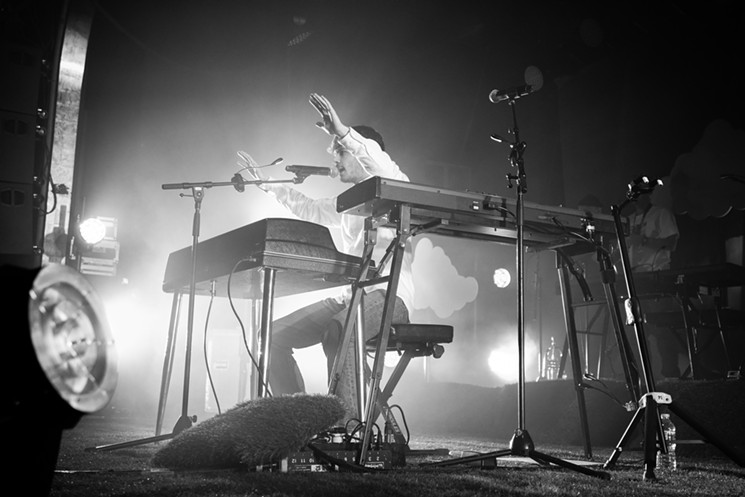 There's something deeply sentimental in everything ROC does on stage.
Andrew Marshall
Setlist:

Experiencing Rex Orange County is like a singalong and a first date.
Andrew Marshall
Critic’s Notebook

The Crowd: Generally a solid mix of folks, though it certainly skewed toward Gen Z types. There were gaggles of teen girls likely at their first show (or maybe 20th), overly handsy couples, 20-something scensters (men and women alike), and a couple sour-faced Gen X folks who either misread the show or who were chaperoning.

Overheard: The girl in front of me in line (which I waited on for a stunning 108 minutes, FYI) was helping a friend/sibling with math homework. Going to shows is cool, but if you’re punk rock, you go out responsibly.

Random Notebook Dump: I’ve attended a lot of shows, and crowds are either generally solid or the worst bunch of nasty brats. Despite this show being mostly young-ish folks, everyone was nice and patient and on their best behavior, with most folks interested in dancing and taking pics than anything else. Other Phoenix concertgoers, please learn from these fans.