12 'Live' Albums That Are Anything But

KISS
Even the cover art for both Kiss Alive! and Alive II was as staged as a fake moon landing.
Two weeks into our pandemic, and we're already jonesing for the way things used to be.

With musicians livestreaming to no immediate reaction, does this even come close to replicating the concert experience? Flattening the live curve is more like it.

But social distancing is nothing new as far as concerts are concerned. These "live" albums were performed for crowds of under 20 people in recording studios, probably all six feet or more away from each other, and hidden under layers of looped audiences that could've been bullfighter cheers or the same canned audience they used for old radio programs.

Either Mingus wanted you to believe he could tell a club audience to shut up for an entire set, rattle any ice in their drinks, or applaud until after he left the club, or he forgot to dub in the glasses clinking and applause into this studio session. It wasn't until 1986 when Joe Jackson put out a live album with no audience reaction whatsoever, is Mingus's dream of shushing ticket holders realized fully.

When Joey Dee hit it big with "The Peppermint Twist," and jet setters packed the Peppermint Lounge to shake a tail feather to the new dance craze, Dee's former record label Scepter Records decided to cash in on his flop 1960 single "Shimmy Baby." They concocted a fake live album, opening and closing it with "Shimmy Baby" (now called "Shimmy Baby Part 1"), then adding a sax overdub over the same track and calling it "Shimmy Baby Part 2." To further pad out the proceedings, they include eight tracks by some bogus band called The Peppermint Twisters, who are mentioned nowhere in the liner notes. Over that, they slathered a continuous loop of nightclub crowd banter and glasses clinking, which takes on a Chinese Water Torture precision after the second go-round.

For two years and six albums, Johnny Rivers' handlers wanted you to believe that he had agoraphobia and couldn't leave the confines of the Whiskey a Go Go. After the fourth go-round with Here We a Go Go again, the albums stopped mentioning the club altogether while still purporting to be live and still sounding exactly the same.

Brian Wilson, who needed to buy time to put Pet Sounds together, had the Hawthorne, California, band stage a fake party in a recording studio and invented the "unplugged" live album in the process. But it's all a fabrication. Every potato chip crunch and even the mistakes were carefully rehearsed for the best fidelity.

In the '60s, The Stones didn't play concerts. They played riots. Their Royal Albert Hall concert was halted after only two songs, so they included a pair of unissued studio tracks that fade out, like "Fortune Teller" and "I've Been Loving You Too Long," and confined the Mick and Keith vocals, handclaps, and tambourine overdubs in the left channel. Some other show that didn't end in a tumult blared away on the right channel.

This posthumous live album has song intros that sound like they were recorded off a cheap ham radio while the songs sound like the state-of-the-art studio recordings Horton made before his death in 1960. The crowd noises aren't even gracefully added. You can practically hear the knob that turns them up and down.

Ravi Shankar at the Woodstock Festival (1970)

What do you do if you didn't like playing for acid-addled hippies in the rain? If you're Shankar, you re-record the whole experience indoors, in a climate-controlled studio with incense, and acid-addled hippie cheers flown in.

"Fellas, I'm ready to get up and do my thing. You know, movin'? Grooving ..." No audience? No problem! Disc one of this double set is entirely studio recordings made to sound live with extra reverb and overdubbed crowds cheering probably for someone not working as hard as James Brown. This is the only live album where the actual audience is composed of musicians. The Godfather of Soul could inflict $50 fines for playing a bum note.

The duo's plans to record a “Live in Diamond Head Crater” LP were announced in Rolling Stone, but numerous power failures and technical problems left most of what was recorded unusable. So the entire set was rerecorded in the studio and plastered with a two-minute audience loop on repeat to give it added dimension, which you can hear at the beginning and end of nearly every track. The album lists the recording date as "January 0, 1972," which is what some psychoanalysts would call an "admission." 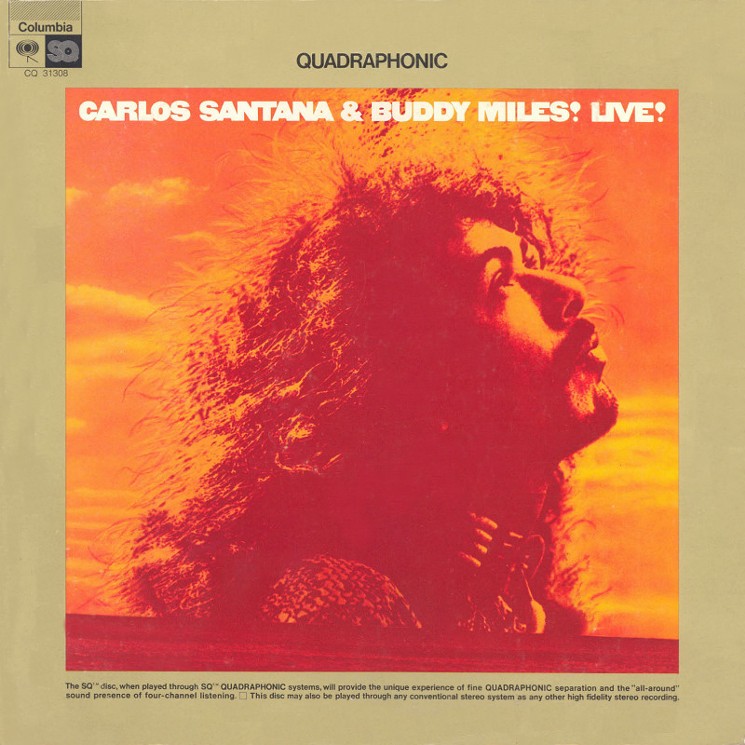 Rule of thumb, the more exclamation points in a live album title - the faker it is.
Carlos Santana and Buddy Miles

According to recording engineer Eddie Kramer, 90 percent of the vocals and guitars on KISS Alive had to be replaced. Only the drums were live. Peter Criss' vocals and the in-between song banter provided the foundation to re-record everything else.

Alive II didn't even have the luxury of using Criss' live drum tracks. According to Bun E. Carlos, drummer for Cheap Trick who opened on the Love Gun tour, he was almost deputized to put on the cat makeup to sub for the incapacitated Catman, who had to be physically carried and placed on the drum stool. Said Carlos, "They ended up renting the Capitol Theater in Passaic and recording their live album there with no audience, then dubbing in the crowd."

The radio ad promised an album recorded 'live on stage, in front of people!' Does recording sound checks on stage in front of fewer than 20 people count?

Everyone was putting out unplugged albums in the '90s, so why not give a dead guy a shot? While they could've sifted through years of Tyrannosaurus Rex acoustic sets to make that point, they took studio recordings of hits like "20th Century Boy" and  "Metal Guru" and mixed out all the electric guitars and drums instead. 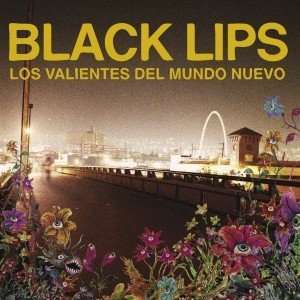 You might not call it "cock rock," but we just did.
Black Lips
The liner notes claim this was recorded in a club in Tijuana, Mexico. It's possibly the only fake live album where roosters clucking and donkeys braying were also overdubbed.

This Record Store Day release revels in its fakery. Just try imagining Wayne Coyne and company getting through an International Space Station security check with their props.