Now Open in Ahwatukee: A Ramen Bar From a Nobu-Pedigreed Chef 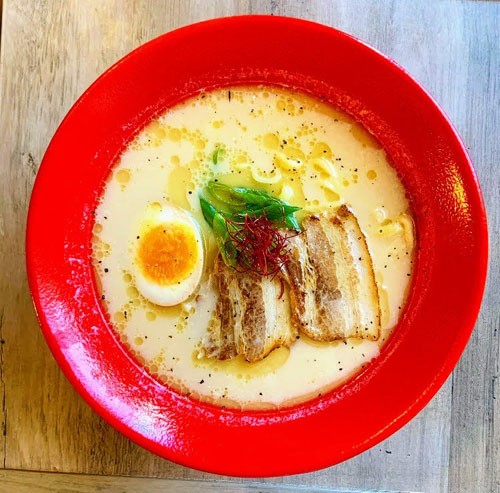 Origami Ramen Bar
A bowl of the Origami Classic ramen.
Ramen is hot in this metropolis (well, with the exception of cold ramen), and spreading far and wide — including down to Ahwatukee, where former Nobu chef Yusuke Kuroda recently opened Origami Ramen Bar.

Kuroda has been in the kitchen since he was 6, when he'd cook alongside his grandma. But the chef received his official credentials from the Tsuji Culinary Institute in Osaka, Japan. That's where Kuroda got his fugu license, which means he knows how to prepare the poisonous pufferfish. He worked in Japan’s culinary industry for eight years before moving to the American South to work in sushi restaurants. By 2015, Kuroda was in the kitchen at Nobu in Beverly Hills. 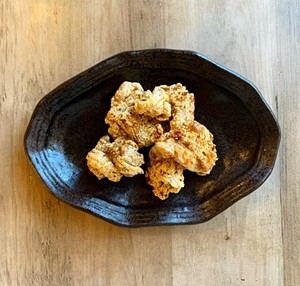 Also on the menu: karaage, or Japanese-style fried chicken.
Origami Ramen Bar
Nobu laid off several employees when California ordered its dining rooms shuttered earlier this year. Kuroda found his way to Phoenix, where he says he loves the weather and feels the restaurant industry has "huge potential."

Kuroda opened Origami Ramen Bar on August 11, in a suite at the Foothills Park Place Shopping Center (the strip mall off I-10 near The Whining Pig Ahwatukee). The address is 4810 East Ray Road, Suite A-1. It's currently only open for takeout.

The ramen at Origami is bowled with “house-made, ultra-rich and creamy” chicken broth.

“I know people love tonkotsu broth, and most ramen restaurant use tonkotsu, that’s why I would like to [take a] different approach [with] the costumers,” Kuroda says. “Even chicken broth is very familiar with most people, so I think creamy chicken broth has huge potential for ramen in United States.”

There’s even a kids’ meal, made for a demographic our chef hopes to delight.

"Now that everyone is under stress during this pandemic period, I hope that many people, including children, will be able to smile as much as possible by [me] providing delicious and new meals," Kuroda says. "That’s why I started business now."