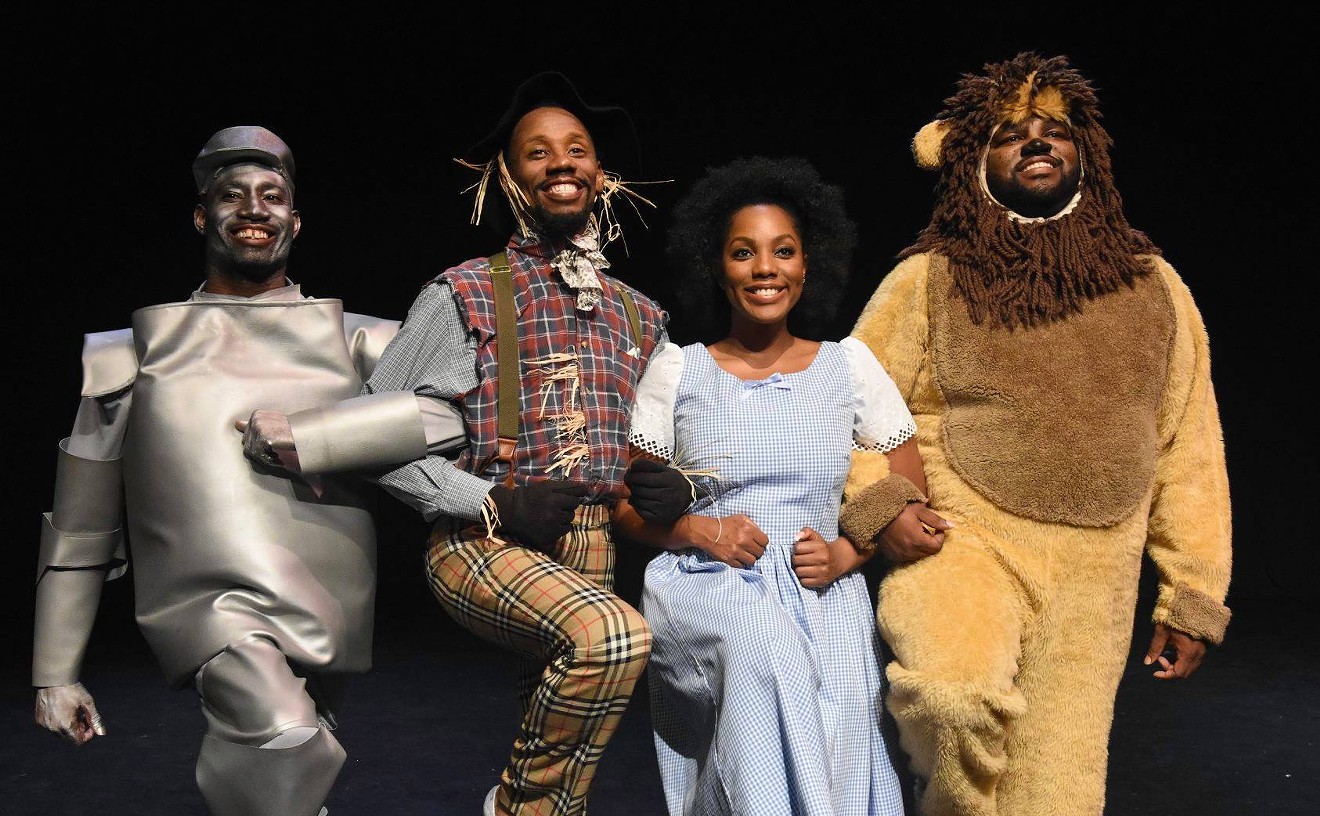 Black Theatre Troupe
Throwback to a performance of The Wiz.
Here’s a quick look at arts news happening around metro Phoenix to help you keep up with the city’s creative side.

The Virginia G. Piper Foundation recently awarded grants totaling more than $2 million to 26 performing arts organizations, in order to help these groups deal with significant disruptions caused by the COVID-10 pandemic. The grants went to arts organizations in several sectors, including music, theater, and dance. The largest grants went to Childsplay, Scottsdale Arts, and The Phoenix Symphony — which each received $137,500. Additional recipients include Black Theatre Troupe, Herberger Theater Center, and Phoenix Theatre. 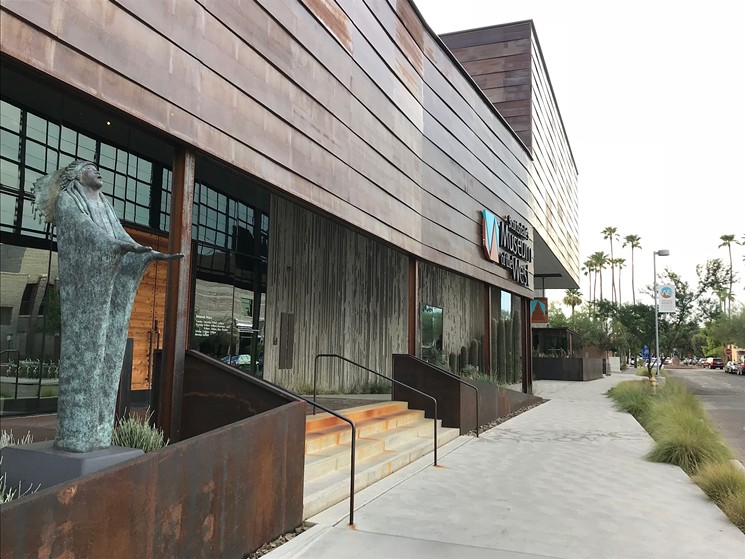 Western Spirit: Scottsdale's Museum of the West is bringing on an executive director.
Lynn Trimble

W. James Burns will become the executive director for Scottsdale Museum of the West in mid-October, as part of a phased succession plan for the museum’s founding director and CEO, Mike Fox. Fox will continue to serve a CEO for the museum. Burns previously served as the executive director for the Arizona Historical Society, and has also held leadership positions with the University of Arizona Museum of Art, Desert Caballeros Western Museum, and the Center for Creative Photography.

Michelle Meyer with one of her Snoodmen characters.
Snood City

Phoenix-based artist Michelle Meyer will be showing a sculpture called Retro Maven during the ArtPrize festival and competition in Grand Rapids this fall, after winning a $15,000 award during a recent ArtPrize pitch night. Her work will also be exhibited in Flagstaff as part of a partnership between Creative Flagstaff and ArtWins, an Arizona-based nonprofit inspired by ArtPrize. Meyer is a multidisciplinary artist and the founder of Snood City on Grand Avenue.

Get ready for a full-season of in-person dance performances by Ballet Arizona.
Alexander Iziliaev

Ballet Arizona has announced its 2021-2022 season, which will include a return to Desert Botanical Garden in May and June of 2022. The season also includes Juan Gabriel, a world-premiere ballet by the company’s artistic director, Ib Andersen, which will be performed in May 2022. Other offerings will include Contemporary Moves: An Evening of Three Short Ballets, The Nutcracker, Romeo & Juliet, and All Balanchine. 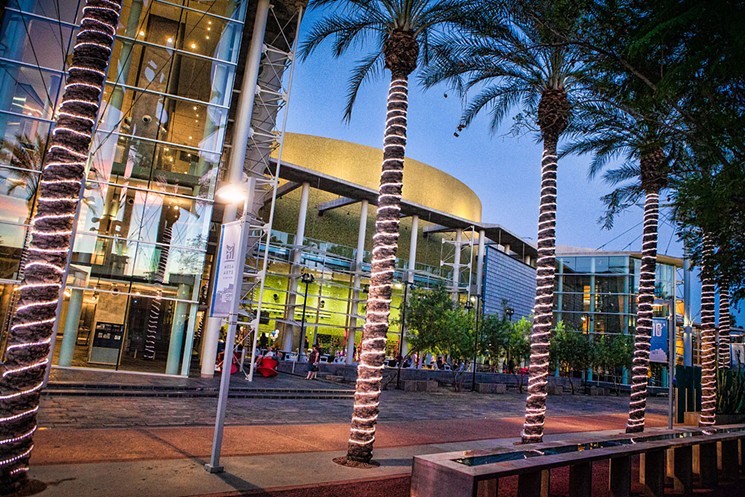 The Mesa Arts Center Foundation recently opened applications for its Arts at the Center grants, which are designed to provide financial support and waived rental fees for organizations to perform at the center. Interested organizations can submit a letter of interest through September 1, and up to six groups will be selected. Past recipients include Arizona School for the Arts, Grey Box Collective, Harmony Project, and the Phoenix Boys Choir.

Cultural Coalition, an arts organization based in Mesa, recently received a $3,000 grant from the Gente Chicana/SOYmos Chicanos Fund at the Greater Milwaukee Foundation, which will help to lay the foundation for creating a new mask museum. Funding will be used to create a database of masks, in addition to recasting a bronze statue of Cesar Chavez. 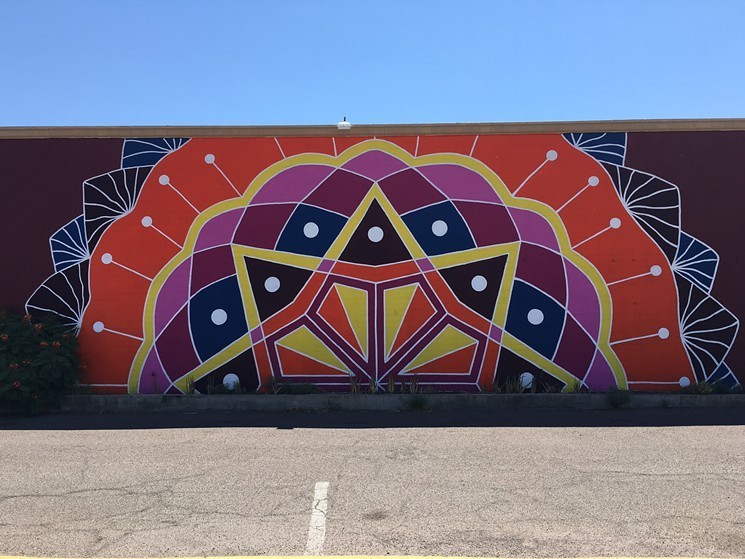 Kyllan Maney's metro Phoenix murals include this piece at The Dhaba in Tempe.
Lynn Trimble

Tempe-based artist Kyllan Maney has created an interactive mural next to the children's play area at Desert Ridge Marketplace, where visitors can help to fill in the colors on her elaborate geometric design. Maney has several murals around metro Phoenix, and her public art is prevalent in Phoenix, Tempe, and Mesa.

The Arizona Historical Society is launching a search for a new executive director to replace W. James Burns, who is leaving the position this fall. The organization, which operates history museums in Tempe and Tucson, was established by an act of the first territorial legislature in 1864, thus serving as the state’s oldest historical agency.