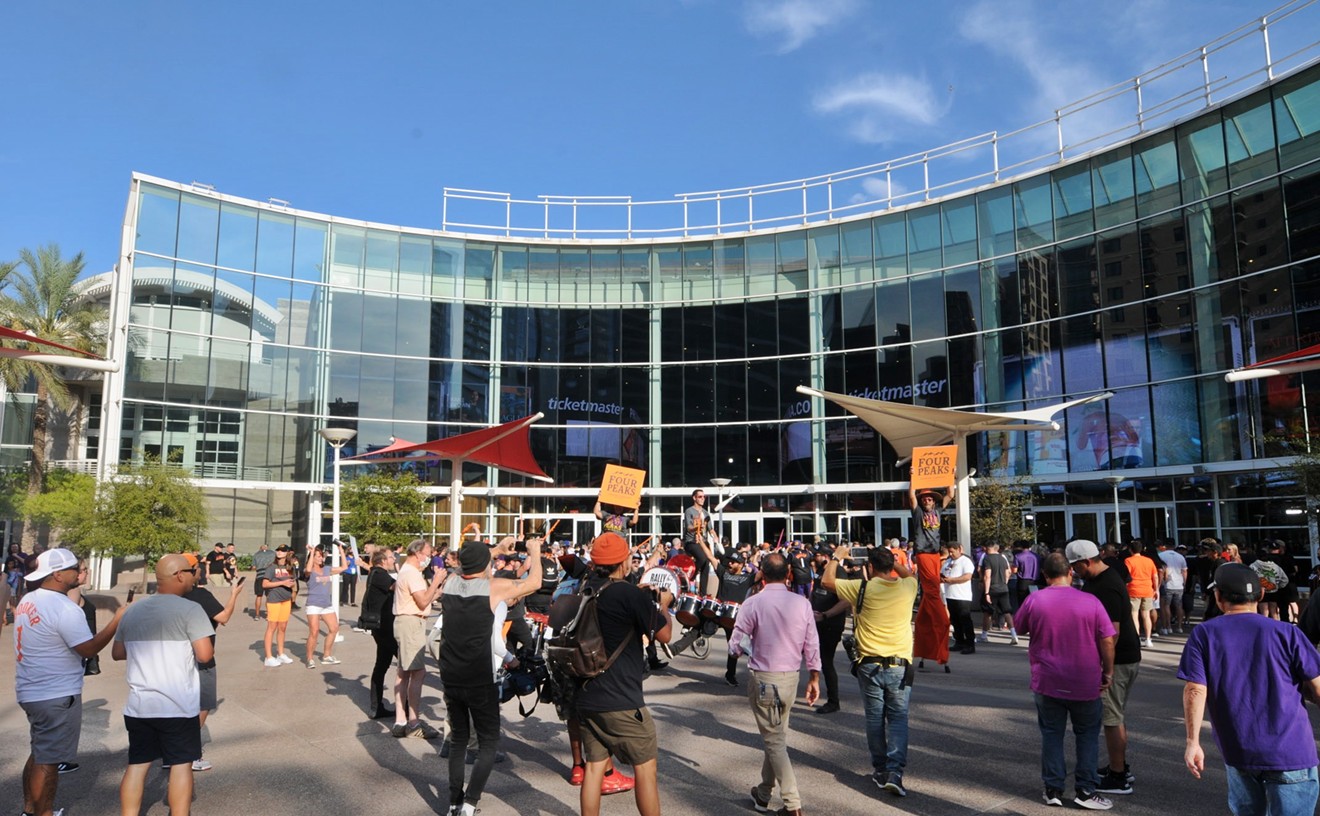 The new moniker for the 18,422-seat venue in downtown Phoenix was announced by the Suns after the team signed a naming rights deal with Gilbert-based sustainability/material science company Footprint. The financial terms of the agreement were not disclosed.

Expect to see the new name plastered on the basketball court and hear it mentioned by announcers more than a few times on Saturday night when the Suns battle the Milwaukee Bucks in Game 5 of the NBA Finals.

It’s the fifth moniker for the venue located at Second and Jefferson streets, which opened in 1992 and hosts home games for the Suns, Phoenix Mercury, and Arizona Rattlers as well as numerous blockbuster touring concerts each year (including gigs by Tool, Paul McCartney, Billy Joel, and Elton John).


Originally called America West Arena (in honor of the then-operating airline), it became US Airways Center in 2005 and then Talking Stick Resort Arena from 2014 until last year. It’s been known as PHX Arena and then Phoenix Suns Arena while the team awaited a new licensing deal.

According to Suns owner Robert Sarver, Footprint, which manufactures plant-based packaging in hopes of eliminating single-use plastics, will use the arena as a testbed for its sustainability products and concepts. So you’re likely to see the company’s name on cups of overpriced beer when it resumes holding concerts in the fall.