Scott Ramsay
Electronic dance music icon Paul Oakenfold.
Just because it's the dog days of summer doesn’t mean there aren’t things to do around the Valley. Notable concerts will be happening this weekend, including a gig by metal/hard rock band Great White and the return of regular live music at The Lost Leaf.

You can also stay up late partying with legendary DJs like Paul Oakenfold or get up early to celebrate the anniversary of Arizona repealing its ban on Sunday morning liquor sales during Valley Fever’s Rooster Club at the Dirty Drummer.

Details about each of these events can be found below. And for even more live music happening around the Valley, hit up Phoenix New Times' new-and-improved online concert calendar.

Local indie/garage rock band The MadCaPs are a part of Roosevelt Row lore. Back during the heyday of the First Friday in the early 2000s, they famously performed guerrilla-style gigs in the back of a pickup truck that slowly circumnavigated the monthly art walks in downtown Phoenix. This weekend, the band adds another chapter to its history when they help The Lost Leaf resume its live music schedule. Friday night’s performance by The MadCaPs will mark the first time in more than 16 months that the popular beer and wine bar has hosted bands or musicians on the regular. Local acts Beekeeper and Spiritual Warfare and the Greasy Shadows will open. The music starts at 9 p.m. and admission is free. Benjamin Leatherman

Veteran blues-rock band Great White got their start in 1977 during the early days of L.A.’s hard rock scene. Their 1982 debut EP, Out of the Night quickly caught on in the local radio market and its audience increased dramatically and quickly. Throughout the rest of the ’80s, the band had a handful of radio hits starting with its breakthrough 1987 album, Once Bitten... with the singles “Rock Me” and “Save Your Love.”

Probably everyone that has any interest in the band has heard about the tragic night club fire in Rhode Island on February 20, 2003, and the subsequent pain and anguish suffered by the survivors of those who died in the fire as well as by the band, whose guitarist Ty Longley was also lost in the tragedy. Oft misguidedly mocked, it was an event that haunts the band to this day.

Over the years, Great White has endured breakups, lineup changes, and legal battles between members over rights to its name that resulted in two different bands. (In 2013, a court decided that original frontman Jack Russell could have his own splinter version of Great White.) This weekend, the other version of Great White currently fronted by vocalist Mitch Malloy and featuring guitarists Mark Kendall and Michael Lardie, drummer Audie Desbrow, and bassist Scott Snyder will roll into Marquee Theatre in Tempe. Hard rock/metal bands Color of Chaos, Sweet Mess, The Brett Michaels Experience, and Doubleblind will open. The concert starts at 7:30 p.m. Tickets are $30 for general admission and $60 for access to the balcony. Tom Murphy

Denver-born DJ/producer/guitarist Decadon specializes in hard-hitting electronic dance music in the dubstep vein. Endless waves of bass pound and thump throughout his heavy-duty mixes, punctuated by rip-roaring guitar riffs he unleashes from his six-string. He tends to put sub-woofers and sound systems through their paces during his sets, which feature Decadon working both DJ equipment and his guitar. On Friday night, members of the “Dontourage” will invade Aura Nightclub in Tempe for his latest Valley performance. Doors are at 9 p.m. General admission is $20 and VIP access is $30. Benjamin Leatherman 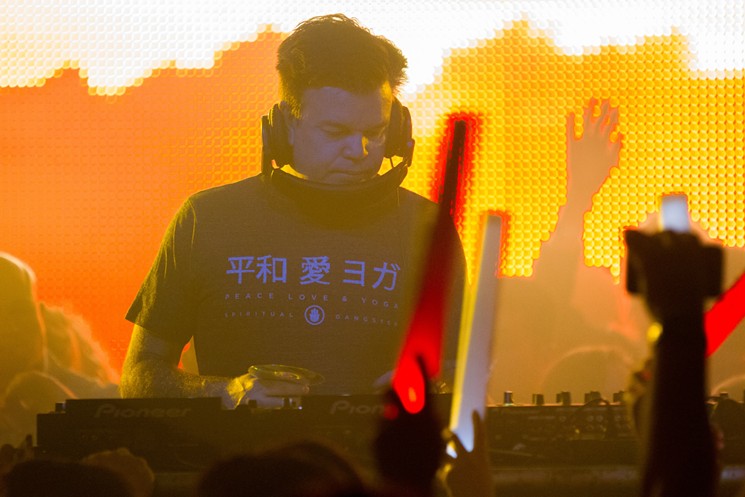 Paul Oakenfold’s place in DJ history is secure. Widely considered to be a godfather of electronic dance music, the British-born mixmaster has influenced countless artists and helped shape EDM culture over the past four decades. In that time span, he’s also sold millions of records, topped the charts, been cited by the Guinness Book of World Records as the most successful DJ ever, and gigged around the world. He’s even performed atop the Great Wall of China, deep in the rainforests of Argentina, and at the base of Mount Everest.

So what’s next for the EDM pioneer? We wouldn’t be surprised if tops himself even further by pulling off a gig aboard the International Space Station someday. Until then, Oakenfold will pass the time doing what he does best at venues around the world, including his set on Saturday night at Tempe’s Marquee Theatre. The show starts at 9 p.m. and Blklght will open. General admission is $40 and balcony seating is $60. Benjamin Leatherman

When Kamel Omais, better known as Dead-Tones, steps behind a mixer, the Parisian electronic dance music DJ/producer has a penchant for weaving ethereal and melodic deep house with synth, bass, and other elemental grooves to create entrancing soundscapes. In other words, he’s a perfect fit for Re:Sound Music & Friends, the local EDM series put on by British-born DJ/producer Michael Hooker and his record label of the same name that showcases artists who favor house artistry of a deep, melodic, and evocative nature. Omais will fill the nighttime air at the Hotel Cambria’s rooftop bar on Saturday evening during the latest Re:Sound Music & Friends session, which starts at 7 p.m. Locals Hoody Hoo, Nacim, and Yahra will also perform. General admission is $20. Benjamin Leatherman 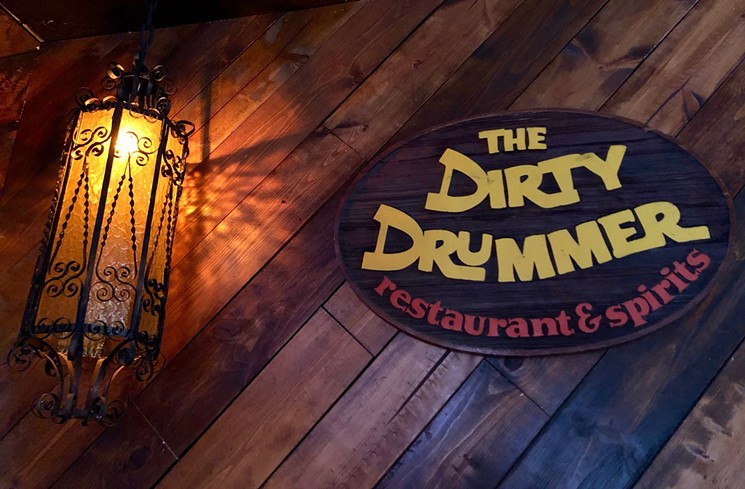 As regressive and arbitrary as the Arizona State Legislature can be, it achieved a moment of clarity in 2010 when it repealed our state’s restrictive blue laws, which forbade liquor sales on Sundays before 10 a.m. (Historically, the idea behind the laws, which dated back to colonial times, were that immoral activities such as gambling and purchasing alcohol should not be permitted on Sundays, for obvious religious reasons.)

And when these laws came off the books 11 years ago, local country music DJ and Valley Fever founder Dana Armstrong celebrated their repeal with friends during a haphazard early morning affair called the Rooster Club, which typically kicks off at 6 a.m. She’s held the party almost every year since and will do so again on Sunday morning at her east Phoenix bar, The Dirty Drummer. This year’s edition will feature performances by local bands Flathead and Mario Moreno and the Ramblers, as well as DJ sets by Armstrong. Bloody Marys and breakfast burritos will be available for purchase. The partying begins at 6 a.m. and admission is free. Stephanie Chen and Benjamin Leatherman 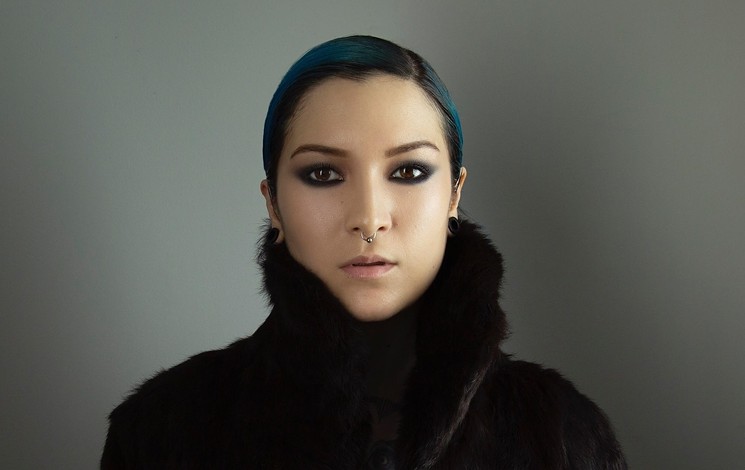 Over the past decade, Maya Jane Coles has become a major phenomenon in the world of electronic dance music. The London-born DJ/producer has been recognized as one of the hottest DJs on the planet by everyone from Rolling Stone to Resident Advisor, and she's performed at major festivals, including Coachella, Miami's Ultra, and Detroit's Movement.

Coles has been winning fans on both sides of the pond and both sides of the underground/mainstream divide with a slew of 12-inch EPs and singles on highly respected dance-music labels such as 20:20 Vision and Mobilee, as well as doing remix work for the likes of Florence + the Machine and Little Dragon. She’s scheduled to perform on Sunday night at Sunbar in Tempe with support from local DJs Michelle Sparks and Mullen. Tickets for the 9 p.m. show are $25. Matt Miner