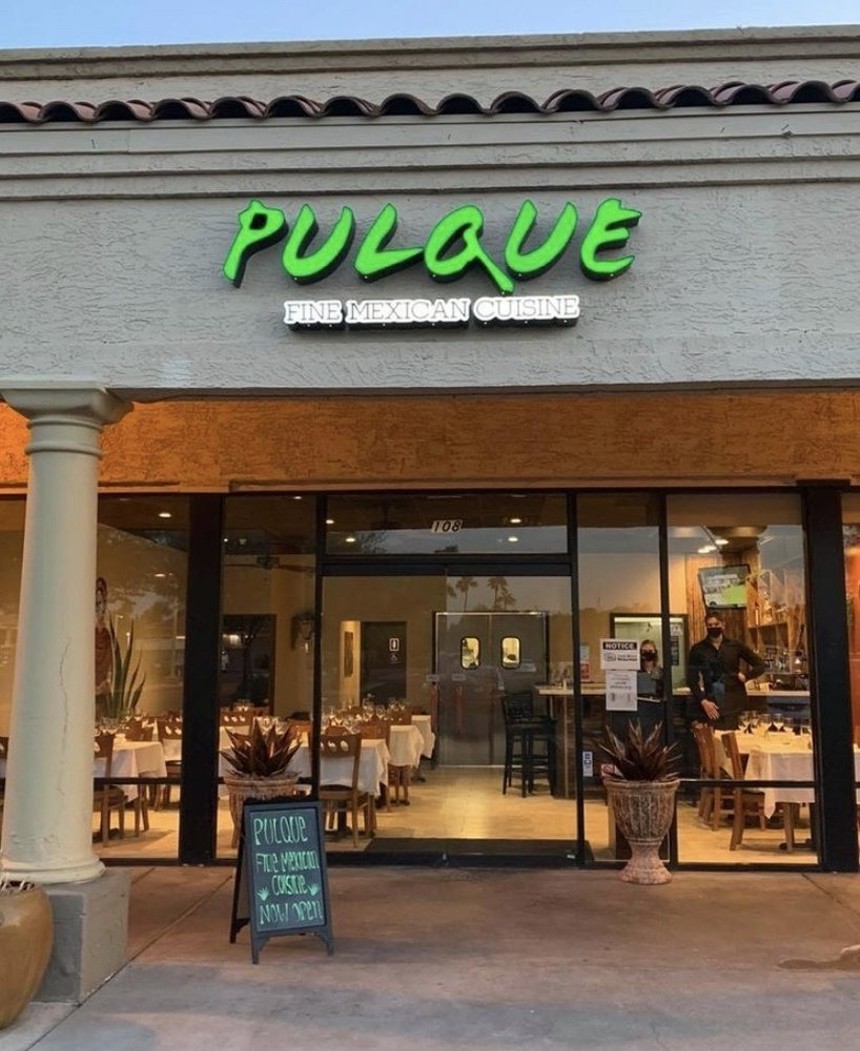 "With our dearest sincerity, we would like to thank all of you for coming in and sharing a smile as you enjoyed our slice of Hispanic cuisine," the restaurant said in a prepared statement.

Medina's other Valley restaurants include two The Capital Grille steakhouses at 2502 Camelback Road in the Biltmore and 16489 North Scottsdale Road in Scottsdale.

Medina hails from Chihuahua and has lived in Arizona for 35 years. His cooking often centers on the foods of Puebla and Oaxaca. Pulque Fine Mexican Cuisine featured a lunch menu of tacos and tortas. The dinner menu offered soups, salads, ceviche, and a handful of entrees, most of which were grilled.


Phoenix New Times food critic Chris Malloy reviewed Pulque just last month, writing that it "added something to the Mexican dining scene north of Via Linda: a high-end restaurant that leads with substance rather than lavish style."