Lucky Man Concerts
Russ is scheduled to perform on Friday, May 6, at Mesa Amphitheatre.
This weekend, local fans of hip-hop artist Russ will finally get to see his thrice-rescheduled show at Mesa Amphitheatre after waiting more than two years. Speaking of long-awaited events, Talking Stick Resort in Scottsdale is bringing back its EDM-friendly RELEASE pool party series, albeit as a nighttime event, starting with a kickoff event on Saturday night headlined by Dutch DJ duo Showtek.

Other noteworthy music events in metro Phoenix over the next 72 hours will include performances by punk band Danzig and singer-songwriters like Ray LaMontagne, Sondre Lerche, and Juanes.

Details about each of these shows and music events can be found below. And for even more concerts in the Valley this weekend, visit Phoenix New Times’ online music listings. 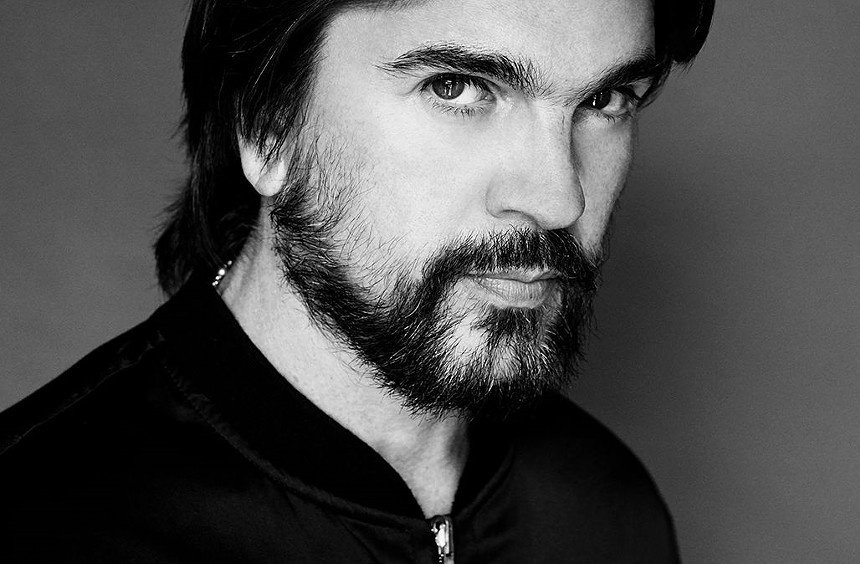 Friday, May 6
Harrah's Ak-Chin Casino, 15406 North Maricopa Road, Maricopa, 480-802-5000
Colombian singer-songwriter Juanes makes his anticipated return stateside for the first time in over two years with his Origen tour, which comes to Harrah's Ak-Chin Casino in Maricopa this weekend. The Colombian artist has promised fans a retrospective journey through some of his greatest hits, as well as performing cuts from his latest studio album, Origen. Notably, his performance will be a stripped-down, intimate musical experience meant to be an escape from the screen-centric lives his fans have had to lead during the pandemic. Tickets for the 8 p.m. concert are $64.50 to $99.50. Olivia McAuley

Friday, May 6
Sunbar Tempe, 24 West Fifth Street, Tempe
Being featured on mixes from electronic heavyweights Tiesto, Armin Van Buuren, Hardwell, and Above and Beyond, Audien has brought his trance-inspired music into the pop world. His remixes of Halsey, Coldplay, and Bastille garnered him the attention of Lady Antebellum for that act's collaborative crossover "Something Better." Audien combines uplifting pop tendencies and trance-synth riffs in his mixes and tracks, which you’re likely to hear on Friday night at Sunbar in Tempe. Local DJs Brett Ortiz, Slick Floyd, and Human Music open the 9 p.m. gig. Tickets are $26. Dylan White

Friday, May 6
Mesa Amphitheatre, 263 North Center Street
Atlanta-based rapper Russ will make his way to the Mesa Amphitheatre in early May as part of his ongoing The Journey is Everything Tour. Shake the Snow Globe, Russ’ 2020 studio album, showcased a more melody-focused direction for the 29-year-old. Last year saw the release of his newest album, Chomp 2, and just last month, the rapper put out an extended version of his smash hit “Handsomer,” which topped the Billboard charts. Tickets for Russ’ Mesa Amphitheatre are sold out, but you can still score some through resellers. Gates open at 6 p.m. Olivia McAuley and Benjamin Leatherman

Saturday, May 7
The Pool at Talking Stick Resort, 9800 East Talking Stick Way, Scottsdale
Brothers Wouter and Sjoerd Janssen, better known as electronic dance music duo Showtek, have worked with the likes of Major Lazer, Noisecontrollers, Hardwell, and Tiësto to produce a number of hit singles over the past decade. Their biggest track to date, "No Money No Love," was a collaboration with David Guetta that dropped back in 2014 and charted well in Europe. If you're into some bass house, electro, and hard dance, the Janssens are scheduled to headline the first RELEASE pool party in three years on Saturday night at Talking Stick Resort in Scottsdale. Gates open at 5 p.m. and Israeli DJ/producer Gattüso will also perform. Tickets are $30. Benjamin Leatherman

Sunday, May 8
Arizona Federal Theatre, 400 West Washington Street
This weekend, raspy-voiced New England troubadour Ray LaMontagne brings his considerable talents and current tour to downtown Phoenix. Although his recorded work sometimes falls into muddled, hazy messes, LaMontagne’s live shows have a magical quality to them. His most recent album, 2020’s Monovision, came out a few months into the pandemic and has been praised for the craftsmanship of its songs. American Songwriter called LaMontagne’s performance as “comfort food to established followers who should welcome this most organic return to his roots.” You can’t ask for anything more from an artist whose body of work only gets richer with each release. Local concertgoers may just witness something truly special at Arizona Federal Theatre on Sunday night during the concert, which starts at 7:30 p.m. with an opening set by Sierra Ferrell. Tickets start at $25. Angel Melendez and Benjamin Leatherman
click to enlarge

Sunday, May 8
Mesa Amphitheatre, 263 North Center Street
New Jersey-born vocalist Glenn Danzig originally gained popularity fronting horror-punk bands Misfits and Samhain. The former got going in the late ’70s, and its releases (with hits like “Astro Zombies” and “Night of the Living Dead”) are staples in old-school punk record collections. In 1987, the veteran rocker formed Danzig, which he currently fronts, trading in those hooks that made the Misfits tunes catchy for a turn to the heavier side. Later, the style got a bit more industrial and experimental. No matter the style, the music is cut with his bellowing voice and affinity for dark themes. Danzig takes over the Mesa Amphitheatre on May 8 along with Tiger Army, Cradle of Filth, and Crobot. Gates open at 4 p.m. and tickets are $50 in advance, $55 at the venue’s box office. Amy Young