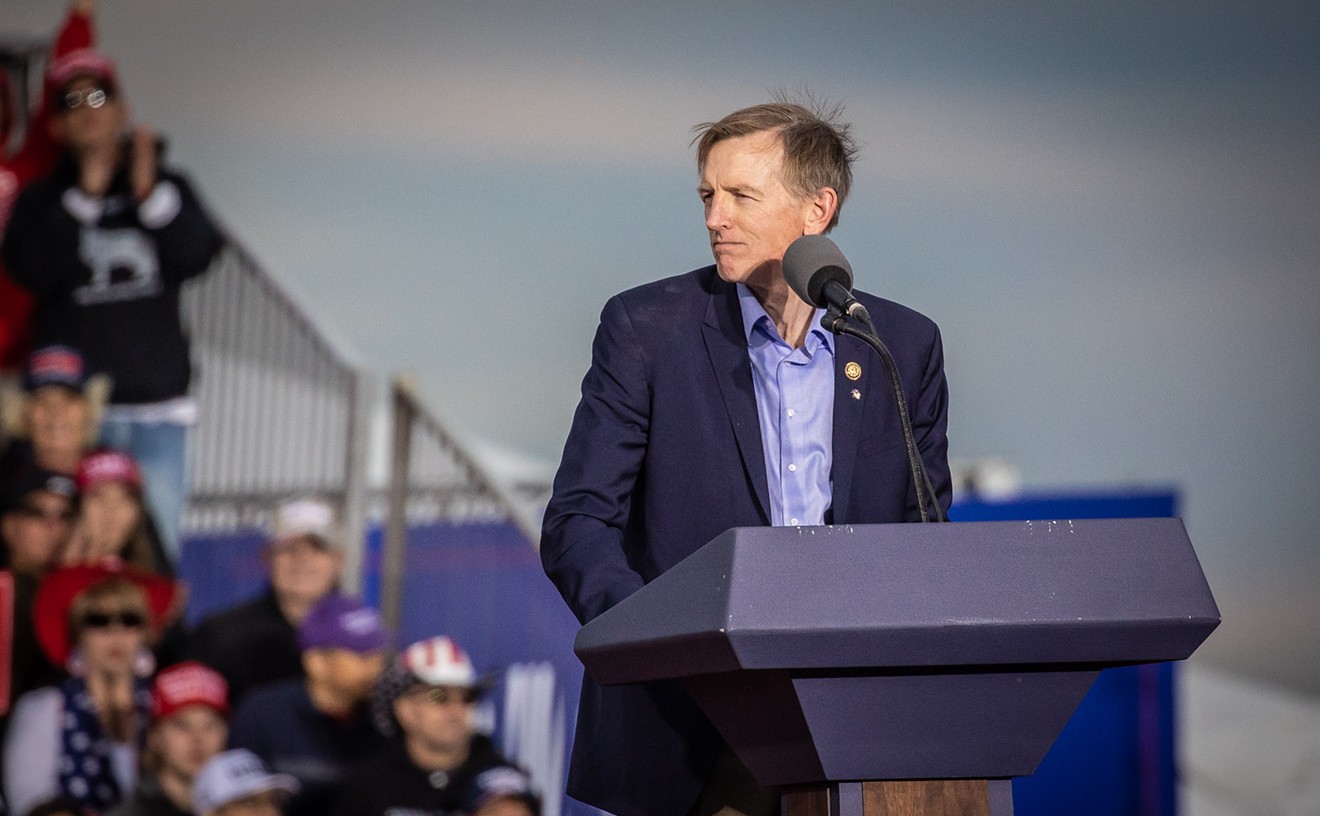 Even among Arizona’s alt-right leaders, U.S. Representative Paul Gosar, the Mohave County Republican, has solidified himself yet again as Arizona’s chief mouthpiece for nonsensical conspiracy theories.


Gosar’s latest disinformation campaign came as the nation mourned the slaughter of at least 19 children and two adults at an elementary school in Uvalde, Texas, by a teenage gunman on Tuesday.


The six-term congressman identified the assassin as “a transsexual leftist illegal alien named Salvatore Ramos” in a since-deleted tweet posted around 9 a.m. Wednesday.


That claim is totally trumped-up.


Abbott also said that Ramos, who was shot dead by police officers amid the bloody rampage, is an American citizen and reportedly was enrolled at a high school in the dominantly Latino community 80 miles west of San Antonio.


Independent fact-checker PolitiFact “found no evidence to corroborate claims that Ramos was transgender.”


Ramos had been bullied for wearing black eyeliner. Classmates called him homophobic slurs in the comments of an Instagram selfie posted in late April.


Alt-right internet trolls took that and ran with it.


The conspiracy theory was furthered when users on the online message board 4chan, a haven for alt-right vitriol and the birthplace of QAnon, misidentified a transgender artist — who does not live in Texas — as the killer.


And according to PolitiFact, there’s no evidence that the teen, who legally purchased two assault rifles days after his 18th birthday, was a “leftist” as Gosar unblushingly asserted.


The GOP congressman deleted his tweet after two hours, and has yet to justify why he composed it. He did not respond to interview requests from Phoenix New Times.


This is nothing new for Gosar, who has a track record of peddling dangerous conspiracy theories without consequence.


The dentist-turned-politician didn't condemn the January 6, 2021, attack on the U.S. Capitol by mob supporters of former President Donald Trump, calling rioters “peaceful patriots.” He later went on to vote with the majority of Republican representatives from Arizona to try and discount the will of voters from the state when it came to the 2020 presidential election.


Since 2012, Gosar has represented Arizona’s Fourth Congressional District, which stretches from the periphery of Phoenix to contain much of the rural western and northwestern portions of the state.


Last month, he moved from his longtime Flagstaff home, outside the district he represents, and is floating his bid for a seventh term in the newly drawn and heavily Republican Ninth District. He maintained a de jure address at a small apartment in Prescott for the past 10 years.


His longtime neighbor in Flagstaff, fellow Republican conspiracist and State Senator Wendy Rogers, is under investigation by the Arizona Senate after a disinformation campaign of her own relating to another recent massacre.


Rogers claimed a mass shooting on May 14 at a Buffalo, New York, supermarket was masterminded by the “feds,” not an unhinged racist armed to the teeth, in a false-flag operation.


Even Rogers restrained herself in commenting on the Texas shooting.


She held her tongue on the issue but retweeted a message from former First Lady Melania Trump that the “senseless act has no place in our society” and that she was “praying for all affected by this tragedy.”

This newfound voice comes just nine days after her colleagues voted to open an ethics investigation into her tasteless and baseless comment about the Buffalo attack. Coincidence?


Time will tell if Gosar will face formal backlash for his similarly fabricated claims about yet another American tragedy. It marked the deadliest shooting at a grade school since 26 people were killed at Sandy Hook Elementary School in Connecticut nearly a decade ago.


Other Arizona Republicans, too, have refused to back Gosar’s nonsense about the shooting.


Attorney General Mark Brnovich called it “despicable,” adding, “We must all stand together against evil and those who target our most vulnerable.”


With 212 mass shootings in the United States already this year — just 144 days in — maybe the time for calm, measured comments is dawning. Maybe. Let's hope Gosar gets the memo.