10 Must-See Plays and Musicals in Metro Phoenix This Spring 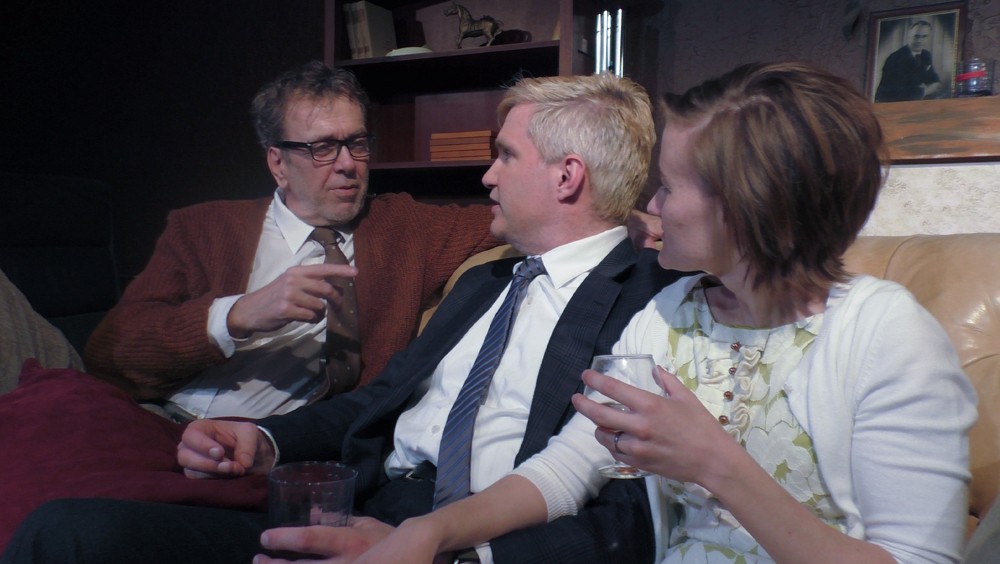 Space 55
Scene from Who's Afraid of Virginia Woolf? at Space 55.
In the mood for some serious escapism? Need inspiration to get more engaged in issues of the day? Either way, theater has you covered. Spring offerings in metro Phoenix are looking good. And we’ve found 10 plays and musicals to put at the top of your must-see list.

Who’s Afraid of Virginia Woolf?
Space 55
Through March 12
See Edward Albee’s classic play exploring the breakdown of a marriage, and the ways a younger couple gets drawn into a middle-age couple’s travails. Directed by Carolyn McBurney, it’s enjoying an extended run following rave reviews. Learn more on the Space 55 website.

Ralph Remington will direct the play Some Velvet Morning in Tempe.
Greg Wolf, City of Tempe
Some Velvet Morning
Tempe Center for the Arts
March 9 to 19
Sexism and misogyny take center stage as Ralph Remington directs this provocative Neil LaBute play exploring obsession, desire, and the roles people play. Guest artists Tandem Duo are performing an original score on violin and marimba, so you’ll get a good music fix, too. Find details on the Tempe Center for the Arts website.

Brittany Watson as Mary Dalton, Micah Jondel DeShazer as Bigger Thomas, and Jason Hammond as Jan. Alan Johnson in background as The Black Rat.
John Groseclose
Native Son
Helen K. Mason Performing Arts Center
March 10 to 24
Ron May directs this Stray Cat Theatre production filled with social-justice themes from oppression to freedom. Set in the south side of Chicago during the 1930s, the play was adapted by Chicago playwright Nambi E. Kelley from a Richard Wright novel. Get information on the Stray Cat Theatre website.

Jesus Christ Superstar
Arizona Broadway Theatre
March 17 to April 16
Apparently, it was possible to achieve rock-star status even before the dawn of Twitter. See how it happened to Jesus, told through the eyes of Judas, in the classic rock opera by Tim Rice and Andrew Lloyd Webber. Learn more on the Arizona Broadway Theatre website.

A sneak peek at themes for the world-premiere play Haboob.
ASU Herberger Institute
Haboob
Nelson Fine Arts Center
April 14 to 23
Xanthia Walker directs this world premiere play written by Marvin González De León in the style of magical realism. His work imagines the plight of a young man whose father sends him on a quest along the U.S.-Mexico border. Find more information on the ASU Herberger Institute website.

Read on for more  must-see theater this season.