Tavit Photography
From Colombian to Cuban, check out the mobile dining options on the streets these days (and coming soon).

We would never knock hamburgers, hot dogs, or tacos, but the repertoire of food trucks in Phoenix can seem boring sometimes. (How many grilled cheese sandwiches with bacon do we really need in one parking lot?) Crab & Mermaid, the casual seafood spot in Old Town Scottsdale, has launched its own food truck to hopefully bring some fresh, salty air on the scene. 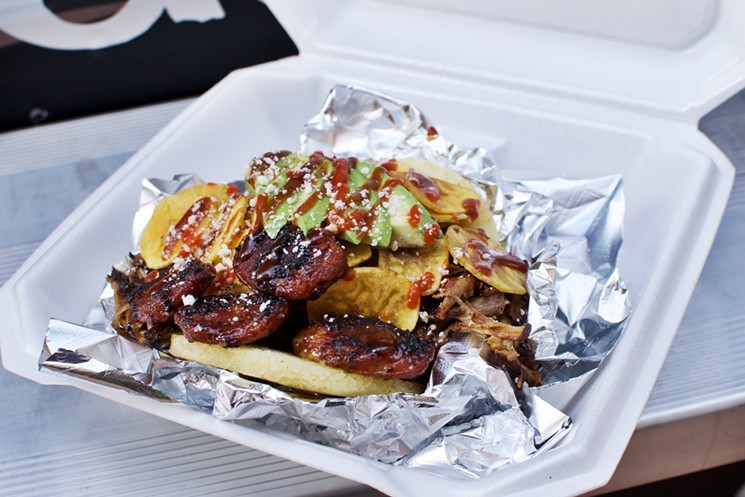 Fabian Ocampo learned to cook during his childhood in Colombia, when he, his mother, and grandmother often prepared large, communal meals for family, friends, and neighbors. He and his wife, Julie Ocampo, now operate Que Sazon, a new South American food truck in Phoenix, with that same food-and-family ethos and those same flavors: generous amounts of cumin, a variety of meats and sausages, and herbaceous chimichurri on everything. 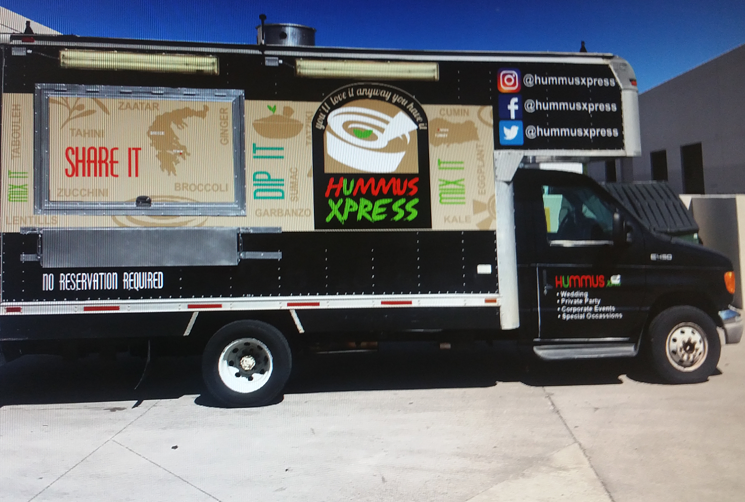 Tempe’s fast-casual concept Hummus Xpress has some new wheels and is just about ready to hit the road.

Hummus Xpress owner Eddie Hantas told New Times in a recent phone call that he expects the food truck to be ready by “the last two weeks of April.”

“The truck will be basically doing all the truck coalitions around town,” says Hantas, including appearances at Phoenix Public Market. In addition, HX’s future plans include catering private events as well as providing on-site lunch for some of the Valley's larger employers. 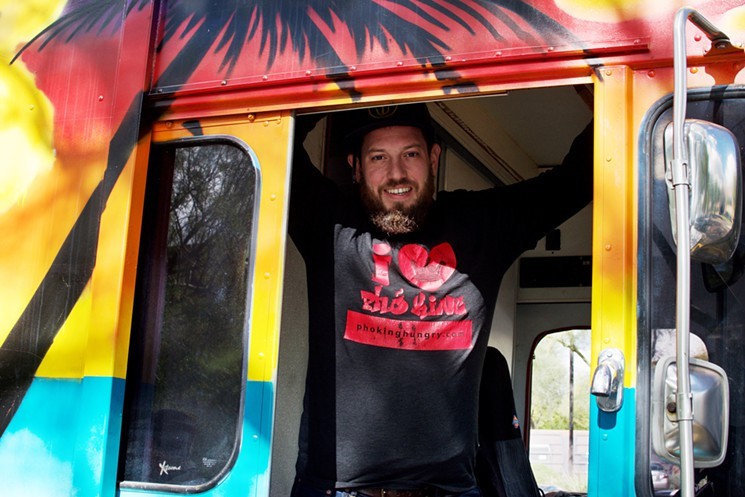 Mike Baum of Pho King and Paradise Melts sees his food as a way to start conversation and break down barriers.
Stephanie Funk
Paradise Melts Food Truck Serves Tasty Sandwiches With A Side of Friendship