The 13 Best Concerts in Phoenix This Week

Eliot Lee Hazel
John Legend is scheduled to perform on Wednesday, May 24, at Comerica Theatre.
The month of May is wrapping up with some big concerts by some big names.

Catfish and the Bottlemen, Meatbodies, and Esham are also scheduled to perform this week, and renowned pop-punk band Shonen Knife will make a long-awaited return to the Valley.

Read on for details on each of these shows and be sure to check out our online concert calendar for even more live music options this week.

Brian Wilson
Monday, May 22
Celebrity Theatre
No one can deny the influence that the Beach Boys' Pet Sounds has held over pop music during the last half-century. It was a giant leap forward sonically and lyrically for a band primarily known for songs about girls and surfing. The concept album has appeared on numerous lists that name it one of the greatest albums of all time. In short, it broke both the rules of pop music and the mind of Brian Wilson, the man who conceived it. His bout with mental illness after the recording of Pet Sounds is captured in the 2015 film Love and Mercy. Wilson is playing Pet Sounds in its entirety (along with some Beach Boys hits) with a group of 10 musicians, including founding Beach Boys member Al Jardine, hoping to capture the psychedelic pop sounds originally created by an army of studio players. It's being billed as one of his "final performances" of the album live, which is all the more reason to attend. Jason Keil 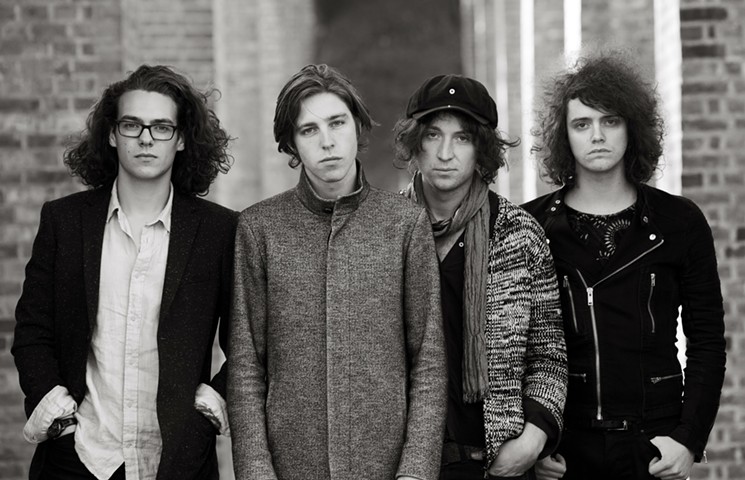 Catfish and the Bottlemen
Courtesy of Primary Talent International
Catfish and the Bottlemen
Monday, May 22
The Pressroom
Okay, let's get that name out of the way first. Even within the realm of rock and roll, it's so unusual that Catfish and the Bottlemen have posted an adorable animated YouTube video about it. Long story short, frontman Van McCann spent the early part of his life in Australia, and one day he spied a street musician playing a drum kit and an assortment of bottles; this unusual fellow called his act Catfish and the Bottlemen. The name stuck, as these things often do. The Bottlemen's songs also tend to stick – as buoyant, kinetic bites of guitar rock that to date all have one-word titles. (That policy does not apply to their covers, which have included Kanye West's “Black Skinhead” in the past.) Their music scratches a familiar itch in a slightly different way, so it's possible to detect hints of the past generation or two of significant indie bands in their DNA; though The Strokes certainly loom large, it's also not terribly far removed from Arctic Monkeys or The 1975, U.K. countrymen who have also recently found welcoming audiences on this side of the Atlantic. But then, that's only fitting for a group that professes to never stop thinking about music. Chris Gray 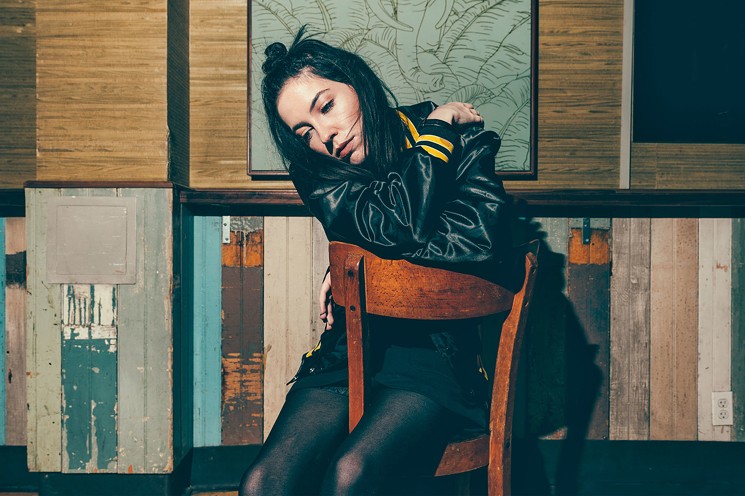 British-born pop songstress Bishop Briggs.
Chad Kamenshine
Bishop Briggs
Tuesday, May 23
Crescent Ballroom
Radio pop has swung into darker territories lately, with vocalists like Tove Lo, Elle King, Lykke Li, and even Hozier inflecting electro-pop with soul-influenced brooding. Bishop Briggs, aka Sarah Grace McLaughlin, joins the moody parade with singles “Wild Horses” and “River,” which feature her impressive, throaty vocals over swaggering, relatively minimalistic beats. The 24-year-old British musician is now based in Los Angeles, but she was raised in Japan and Hong Kong, on her Scottish parents’ affection for Motown and karaoke culture. While pop today draws from a range of genres, including electronica, hip-hop, and acoustic, it will be interesting to see whether Briggs can turn her unique background into a clear point of view rather than another mash-up of influences. Katie Moulton 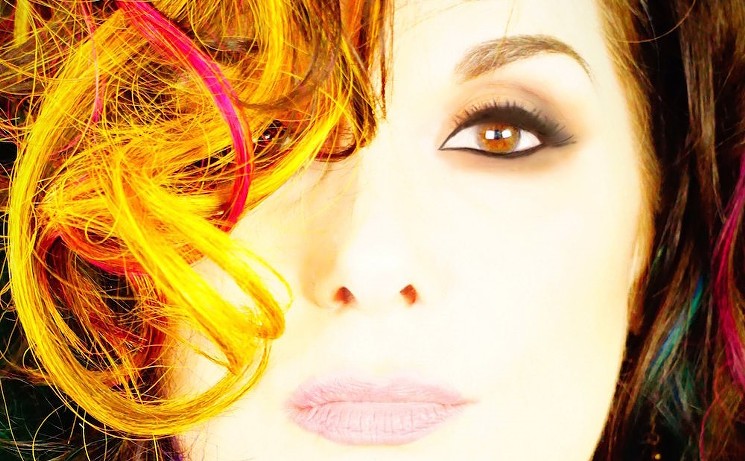 The always colorful Ann Wilson.
Jess Griffin
Ann Wilson
Tuesday, May 23
Celebrity Theatre
As the lead singer for hard-rock band Heart, Ann Wilson was one of the very few prominent female voices in an era overwhelmingly dominated by men. Her electrifying voice and knack for turning an imaginative phrase were instrumental in establishing Heart as one of the great bands of the classic-rock era. However, Wilson and her sister Nancy were basically anomalies in the hard-rock world of the early ’70s. “Early on, the challenge we had was to be taken seriously,” says Wilson. “Especially Nancy, because she played guitar and she's a really beautiful blonde woman. So she'd get backhanded compliments like, 'Is she really plugged in?'” Nancy has spent a career burying such notions starting with Heart's 1976 debut album Dreamboat Annie, where her intricate and riveting guitar work, along with Ann's combination of delicate and fiery vocals, yielded hits like “Magic Man” and “Crazy on You.” Though decades into a career as a lead singer of a band, to this day, Wilson is still shy. “But I'm more shy off stage than on,” says Wilson. “I feel really comfortable up there most of the time as long as everything's going right. I feel it's a great connection with people, and you think on stage that people have gotten out of the house and they've paid money to come see me, so they must somehow like me. It was just an evolution that happened gradually.” Tom Murphy 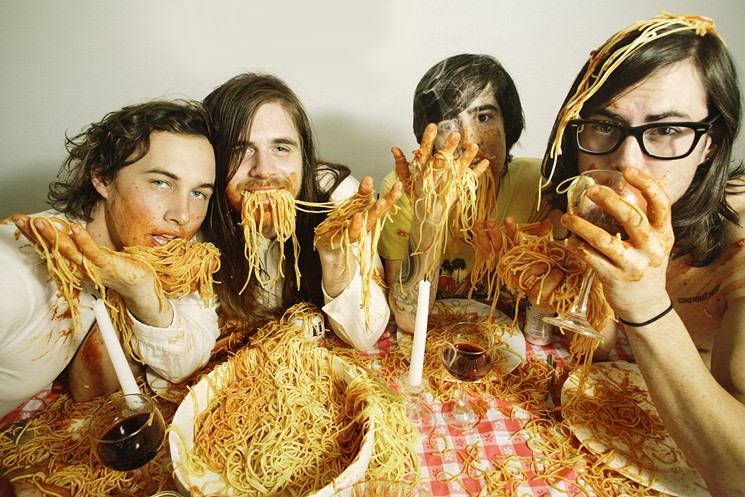 Meatbodies are on the menu at Valley Bar this week.
Alice Baxley
Meatbodies
Tuesday, May 23
Valley Bar
Chad Ubovich used to back Mikal Cronin and plays bass in Ty Segall’s Fuzz, but he gets much wilder in his own group, Meatbodies. The band’s self-titled, 2014 full-length on In the Red Records is filled with intense bursts of pure punk rock, but the album also is leavened with unexpected psychedelic digressions. Much of Meatbodies’ sound is encompassed in the song “Mountain,” which is wrapped up in elaborate hard-rock riffs and rumbling tempos until it downshifts into a grungy ending that’s crowned by celestial harmonies and spiked with proggy shards of intricate guitar. Throughout all the changes, Ubovich intones with a spaced-out, reverb-heavy delivery like a garage-punk Syd Barrett. Falling James 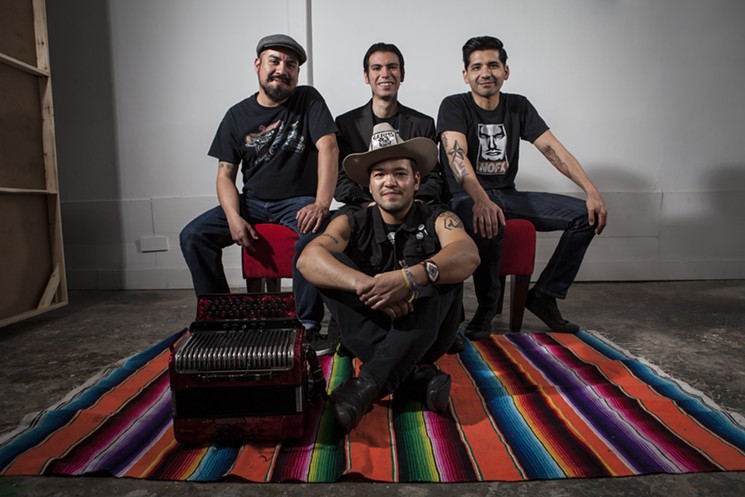 The accordion-powered punk rockers of Piñata Protest.
Courtesy Photo
Piñata Protest
Tuesday, May 23
Yucca Tap Room in Tempe
Our border brothers in the northern Mexican states have a predisposition for accordion-filled norteños, while rural areas are known to indulge in the more traditional folk music of rancheras. If you're Mexican-American or Chicano, chances are you got a steady dose of both growing up. Isn't that right, you pinché pochos? (It's okay for me to say that; I'm one of them.) With that being said, you might think it a little odd when you hear a band like Piñata Protest, a self-described accordion-powered punk rock band that plays ... mojado rock? When you think about the dichotomy of growing up Chicano, the fusion actually makes perfect sense. The San Antonio natives say that their music is not your abuelo's norteño, but it also ain't your pappy's punk rock, either. The quartet, made up of accordionist Alvaro del Norte, guitarist Matt Cazares, bassist Marcus Cazares, and drummer J.J. Martinez, combine driving guitar rhythms, bellowing accordion blasts, and a blistering punk pace, for a unique sound that's surprisingly palatable and pleasantly danceable. Anthony Sandoval

Even more concerts this week can be on the next page, including John Legend, Shonen Knife, and Lisa Fischer.