John Chakravarty
The Grand has a cozy feel, and good food, 24 hours a day.

Phoenix has a bad rep when it comes to late-night eats. We've all been there: You get out of a show, or meet up with friends for drinks, and then hunger strikes. Suddenly you are faced with the dilemma of where to get a bite without hitting a crappy drive-thru. Lucky for us night owls, options around the Valley are increasing. Now you can satisfy your late night cravings with everything from bibimbap to biscuits and gravy at these 15 open-after-dark restaurants. 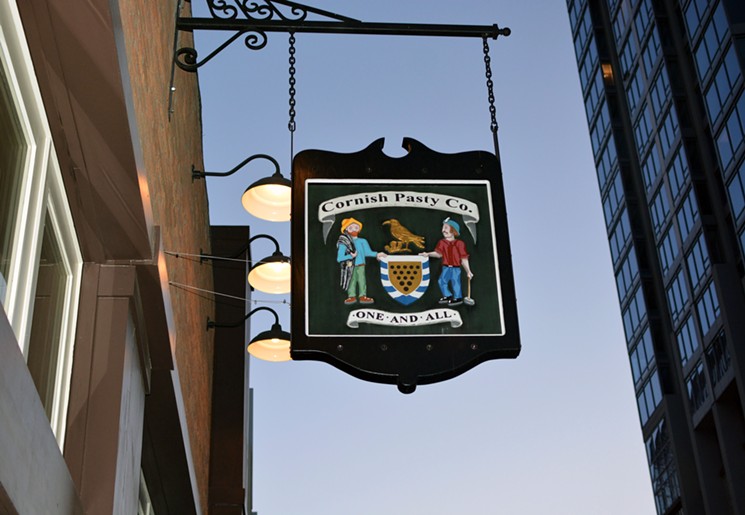 Cornish Pasty Co. has been a staple of late-night cold drinks and warm, meat-filled pockets in Tempe since 2005. They now have five Valley locations (plus locations in Flagstaff and Las Vegas) Check out their new three-story location on Monroe Street in downtown Phoenix, where they serve until 2 a.m., and grab an Oggie, a traditional pasty stuffed with steak, potatoes, onion, and rutabaga, served with a side of red wine gravy or ketchup. Or go for a spicy Chicken Tikka Masala, if that's more your speed. Planning ahead? Order one par-baked to enjoy at home even later. 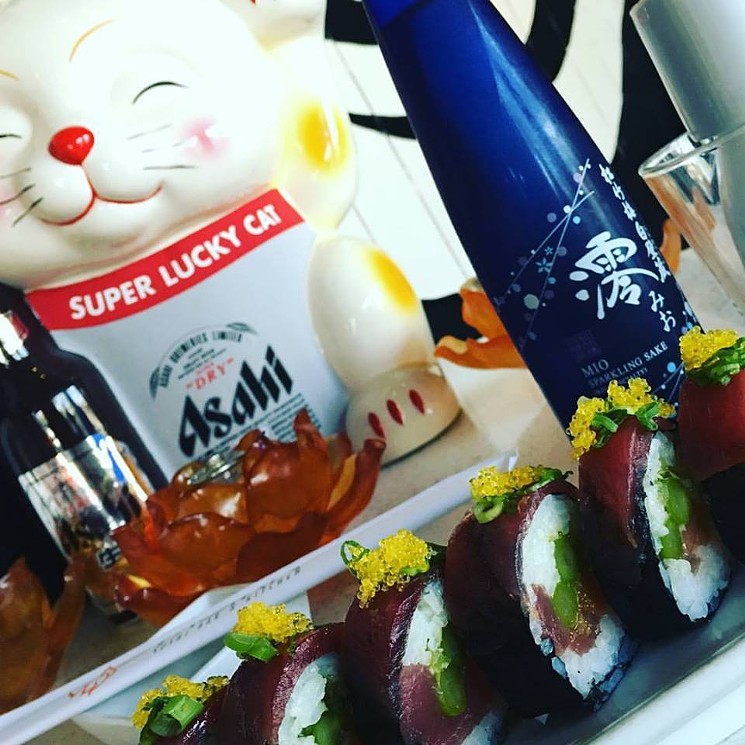 If you’re in the mood for fresh sushi and hot sake after dark, Moira Sushi has you covered. On Friday and Saturday nights, the restaurant stays open until 2 a.m. with late-night happy hour pricing. They have a few noodle bowls, but the majority of their menu is dedicated to specialty rolls and sashimi. Located on Second and McKinley streets, it's perfect for a quick mood change after withstanding the pumping quarters at Cobra Arcade Bar. Built into the bottom of a brick building, the bar has a cool, blue vibe and large inviting windows for a chill, relaxing atmosphere.

Jobot
Serves food until midnight on weekdays; 3 a.m. on the weekends

After closing a few months ago, Jobot is back in Roosevelt. The new spot, on Third and Roosevelt Streets, has big open windows and plentiful seating indoors and out. They can still be counted on to deliver tasty coffee and food into the wee hours of the night. In addition to Jobot’s new hours (midnight on weekdays and 3 a.m. on weekends) Jobot also now offers a full bar. Their “all-day” menu features classics like Jo-biscuits and gravy, slathered in Schreiner's chorizo red gravy, topped with over-easy eggs, and served with a side of crispy potatoes, as well as plenty of vegan and options, like the basmati red lentil cake sandwich, a crispy patty cooked with yellow curry and fresh veggies and cilantro-lime sauce on a jalapeño challah roll. 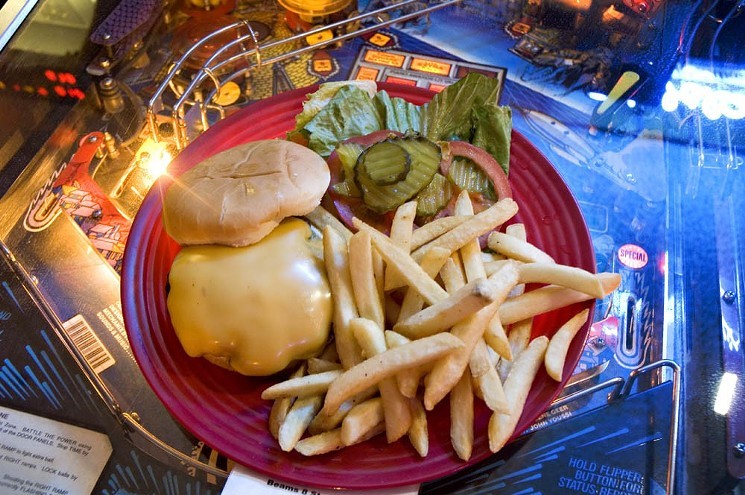 Play some pool and enjoy a juicy wineburger at Harvey's until 2 in the morning.
Jackie Mercandetti
Harvey's Wineburger
Serves food until 2 a.m.

Don't say there aren't options for a decent burger after dark: Harvey's Wineburger serves a juicy one for $7 to $10 every night until 2 a.m. You can’t go wrong with the classic Wineburger, for which the patty is splashed with red wine while being cooked. If you’re craving something fancier, try one of the specialty burgers, like the mushroom burger, topped with Swiss and a splash of Worcestershire sauce. 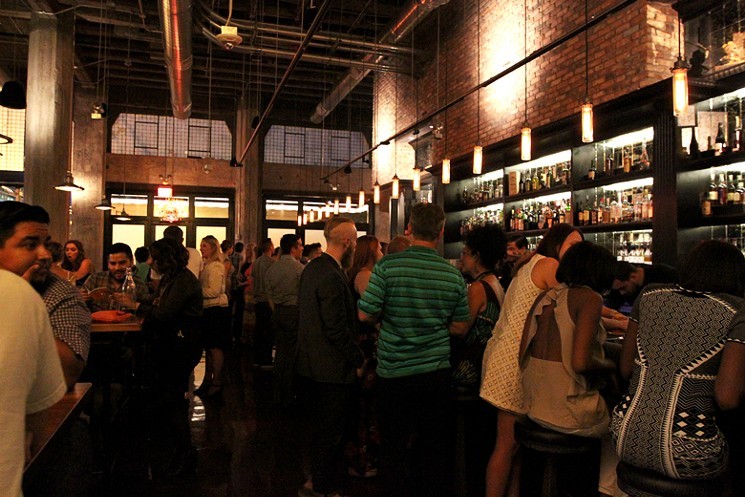 We already know that the folks at Bitter & Twisted shake a mean cocktail, but the B&T kitchen also stays open until 1:30 a.m., Tuesday through Saturday. Though not everything on the cocktail parlor's menu is available late, hungry guests can still get in on dishes like green chili mac and hurricane popcorn, a giant bowl of hot, buttery popcorn topped with garlic, sesame, and shichimi togarashi (a Japanese spice), along with spicy rice crackers and pieces of seaweed. In order to keep its food offerings fresh and exciting, Bitter & Twisted likes to switch up things from time to time, so be sure to discuss the available options with your bartender. 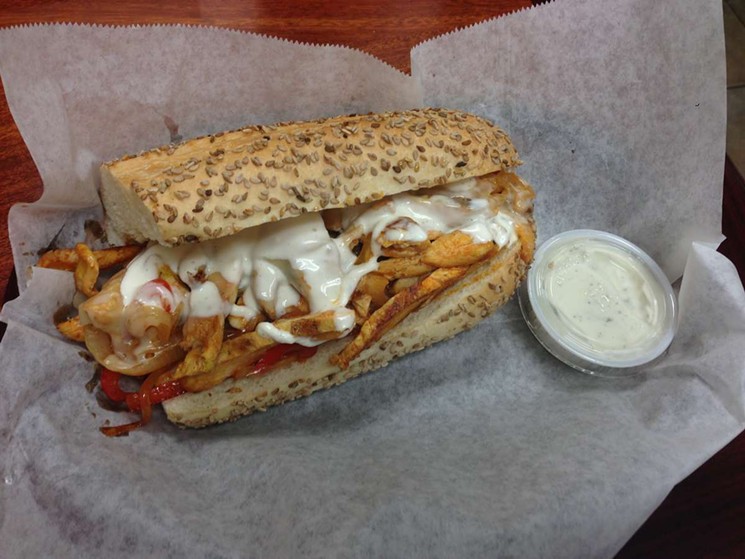 Courtesy of Zomato
The Munchies Cafe
Serves food until 3 a.m.

Need some late-night brain food? The Munchies Cafe in Tempe serves Mediterranean food for dine-in or takeout every night until 3 a.m. Gyros, chicken shawarma salad, dolmades, and other vaguely Middle Eastern fast food items come at a price that is more than affordable, even on a student budget. 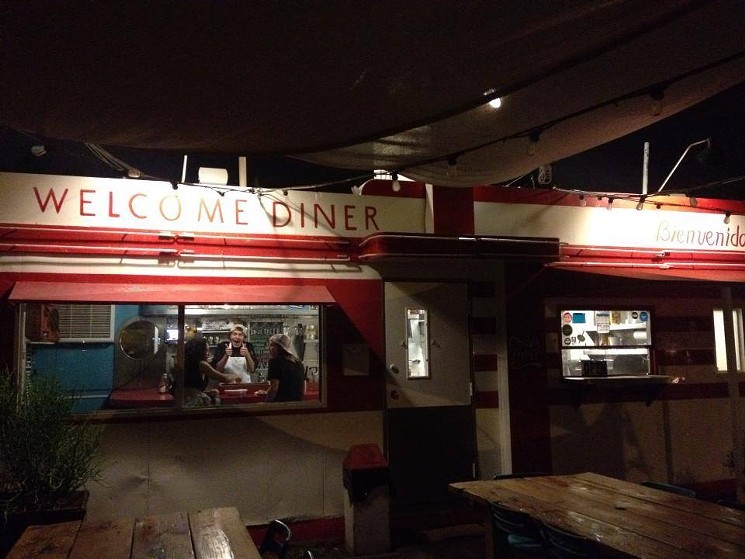 Sitting on the patio at Welcome Diner is like relaxing in a friend's backyard, except that Welcome Diner has fresh biscuits, burgers, and delicious snacks like poutine and watermelon salad. Open until 2 a.m. every day except Monday, Welcome Diner also has a long list of libations, including cocktails and canned beer. We think you should stick around, pet someone's dog, and meet a few of your neighbors in the — ahem — welcoming environment.