How Medical Marijuana Could Help John McCain With Glioblastoma

He qualifies for the right to possess and use cannabis under Arizona law, and cannabis is well-known for its effectiveness in helping patients cope with chemotherapy.

His support of the program and medical marijuana in general also could give a boost to research, some of which could lead to cannabis-based treatments for glioblastoma.

"If I hung up and I had brain cancer, I would explore a list of treatments and products" related to cannabis, said Jahan Marcu, a researcher and activist who works as a science advisor and auditor for Americans for Safe Access, an advocacy group in New York City. 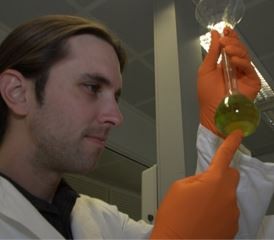 Jahan Marcu, cannabinoid researcher with Americans for Safe Access.
Courtesy of Jahan Marcu
Marcu was the lead researcher in a 2010 study that revealed how cannabis held great promise for glioblastoma treatment.

According to an article about the study published in the Journal of Molecular Cancer Therapeutics, the combinations of the cannabis compounds THC and cannabindiol (CBD) "may represent an improvement for the treatment of patients with glioblastoma and perhaps additional cancers. It is also possible that other constituents of C. sativa that are not structurally related to cannabinoids could improve antitumor activity when combined."

"But this is not to say if you could smoke cannabis it will cure your brain cancer," Marcu said in an interview on Thursday. "What we know is that, in animal studies, for rats and mice, we can cure cancer with cannabis or cannabis combined with chemotherapy."

However, that's not to say McCain can't benefit from cannabis right away. As a statement from his office revealed this week, he'll be entering chemotherapy treatment.

In February, GW Pharmaceuticals, a British company striving to mimic cannabinoids with synthetic medicines, announced that its research had shown that THC and CBD, in combination with a chemotherapy drug, had extended the lifespan of some glioblastoma patients.

"Moreover, the cannabinoid medicine was generally well-tolerated," according to a statement by Professor Susan Short, the study's lead investigator and a professor of cancer research at St James’s University Hospital. "These promising results are of particular interest as the pharmacology of the THC:CBD product appears to be distinct from existing oncology medications and may offer a unique and possibly synergistic option for future glioma treatment.”

Marcu does not advise smoking marijuana. But Marcu said he would consider inhaling a mist of concentrated-marijuana products, vaping it, or using a dissolvable oral product, to relieve chemo's negative side effects of pain and nausea.

He would begin with a 50-50 mix of THC and CBD, (the latter compound is known to temper negative psychoactive effects of THC), and then "graduate to more THC" as he could tolerate it.

Marcu said that even doctors at the Veteran's Administration, who are still prohibited from even recommending marijuana as a treatment for anything, could consider offering McCain the synthetic-THC drug Marinol, which was approved for use by the FDA in 1985.

McCain, given his grim diagnosis, could also simply try consuming as much marijuana as legally allowed in Arizona: As a state-authorized patient, he could buy up to 2.5 ounces every two weeks.

The late Craig Rodgers, a medical-marijuana advocate from Nevada who had glioblastoma, told New Times in 2012 that cannabis had kept him alive for years beyond the expectations of doctors. He consumed large quantities of raw marijuana, made his own edibles and pot tea, and smoked marijuana during the day, he said.

He recalled the first time he used marijuana while undergoing chemotherapy: "I took two puffs, and it was incredible. ... It made me feel well."

He believed strongly that cannabis slowed the growth of his cancer, allowing him to survive more than five years after brain surgery. But the cancer came back, resulting in more surgery in 2011 and a life expectancy of three years.

Rodgers succumbed to the illness in June 2013.